Here’s everything you need to know to see the southern lights in Australia, in one helpful place.

Featured photo credit: will standring via Flickr
This post was originally published in December 2018, and was updated most recently in May 2022.

Auroras are caused when plasma particles carried by the solar wind strike the earth’s atmosphere. This causes an excitation of the particles that make up the atmosphere which emits the multi-colored light that we call the aurora.

When to See the Southern Lights in Australia

Autumn (March to May)

As summer changes into autumn, you’ll have better chances to see the aurora in Australia. The autumn months are between March and May, and the weather is still warm enough to do the same activities as in summer. This means you can have some great Australian adventures by day, and keep your eyes peeled by night to spot the southern lights.

The winter season in Australia is from June through August (opposite of the northern hemisphere). Winter is the best time to see the southern lights in Australia simply because it is darker for longer. Most of Australia has a moderate climate in winter so you can plan a trip that has many other activities, along with sky watching for the southern lights.

In Australia, Spring occurs from September through November. Early spring is still a great time to see the southern lights, especially earlier in September. Aurora activity peaks around the spring equinox in September, as the state of the Earth’s magnetic field facilitates more solar particles to causing auroras.

Australia’s summer months are from December through February. You will need to stay up later during this time of year to see the aurora australis. For travelers from the Northern hemisphere, a trip to Australia is a great option for a break from winter. Witnessing the southern lights is a possible added benefit!

During the summer in Australia, the nights are much shorter than in other seasons. The sun typically sets between 7-8 pm and rises around 4-5 am. Adding on dusk and dawn, this reduces the time window and chance of seeing the southern lights to just a few hours each night. It’s still theoretically possible to see the southern lights if you’re willing to pull an all-nighter!

The Best Places in Australia to See the Southern Lights

Australia is comprised of six states, and only some of them have a possibility to see the aurora australis.

Being the southern-most state in Australia, Tasmania is an excellent destination for viewing the aurora australis. In fact, you can potentially see the southern lights in Tasmania year round!

Tasmania is such a good destination for seeing the aurora that we wrote an entire guide! Click here to read about when, where, and how to see the southern lights in Tasmania.

Victoria is located in southeast Australia and has more than 1,200 miles (1,900km) of coastline. This means there are hundreds of miles of southern views across the Bass Strait, which separates Australia from the Tasmanian island. It’s the southernmost state of the Australian mainland and the best for seeing the aurora australis in their namesake country.

Melbourne is the largest city in Victoria and a popular tourist destination for culture and food. Home to over 4 million people, it’s not easy to find great dark sky spots in Melbourne. You can try your luck at Point Cook and Werribee South, two rural-urban suburbs located on the west shore of the bay.

Take an 85-minute drive to view the aurora australis from Cape Schanck at the southernmost tip of the Mornington Peninsula. Other activities to do here include visiting the Cape Schanck Lighthouse and its museum, visiting Pulpit Rock at the tip of the cape, having a barbecue at The Pines Picnic Area, and taking a dip in the Peninsula Hot Springs, or taking the Bushrangers Bay Nature Walk.

Also located on the southern coast of the Mornington Peninsula, Flinders is a 90-minute drive from Melbourne. Flinders has beaches and rocky cliffs from which to watch the aurora australis. It is a small town of just over 900 residents with an 820ft (250m) long pier that is a popular destination for scuba diving. You might not find all the tourist amenities of bigger cities, but it’s a great spot to get away from the crowds and light pollution that comes with them.

Located a two-hour drive (88mi/142km) from Melbourne, Philip Island is a great spot for trying to see the aurora. Philip Island has several natural areas where you can escape the light pollution in the area, including Nobbies Centre, Phillip Island Nature Park, and Churchill Island Marine National Park. By day, you can visit a koala conservation center or explore the Bass Strait beaches on its southern shore.

This peninsula is the souther-most part of the Australian mainland. The area is protected, making up the Wilsons Promontory National Park and Wilsons Promontory Marine Park. By day, Wilsons Promontory offers a wealth of outdoor activities, beautiful scenery to take in, and a variety of wildlife to spot. At night, this affords visitors dark skies away from the light pollution of towns and cities, which are perfect for aurora-watching.

Being a 3-hour drive away from Melbourne, you will probably want to stay the night. Accommodation options include camping, pulling up in a caravan, or staying in a hut, cabin, wilderness retreat, or lodge. Advanced booking is required for an overnight stay (including camping), especially for February and March weekends which get booked out. Book on this page of the Parks Victoria website.

Heading southwest out of Melbourne on the western coast of Port Phillip Bay, Anglesea is an 85-minute drive (71mi/114km) from Melbourne. Anglesea is the first of several coastal towns, bordered on one side by the undeveloped Anglesea Heath and the other by Port Addis Marine National Park. This helps protect this community of 2,500 from developing as much light pollution as areas closer to Melbourne. It also gives you a good chance to see the aurora out over the water when the weather and solar activity are optimal.

This hamlet, which is home to just over 800 people, is a 95-minute drive (77mi/124km) from Melbourne – or a further 10-minute drive (6mi/10km) from Angelsea. Aireys Inlet is home to the Split Point Lighthouse and miles of coastline, part of which is protected in the Lorne – Queenscliff Coastal Reserve. Together these help ensure there is limited light pollution in the area and opportunities to see the southern lights if they’re out.

From Aireys Inlet, you can continue down the Great Ocean Road through many other communities where you could spend a night gazing skyward.

The states of South Australia and Western Australia are the other two states which form Australia’s southern coastline. While both of these states are geographically good locations for seeing the aurora, it’s very unlikely you’ll see them here, for several reasons.

First, Adelaide (the biggest city and South Australia) and Perth (the largest in Western Australia) are the primary tourism destinations, but light pollution in both will make it difficult to ever see the aurora near these cities. Outside the cities, both states are more rural and less developed for tourism or space tourism.

Second, both of these states are at considerably higher latitudes than the southern coast in Victoria. The southernmost point in Western Australia is near the town of Albany at the 35° south. For contrast, Wilsons Promontory is at the 39° south. Those four degrees make a considerable difference in the likelihood of seeing the aurora.

While both South Australia and Western Australia have a lot to offer visitors, the aurora australis is unfortunately low on that list.

We’ve scoured Australia to find tour options if you want a guide to seeing the aurora. The only ones we can find are all in Tasmania! Therefore, if you know you want a guided tour instead of traveling independently to try and see the southern lights, Tasmania is your #1 destination.

I’ve only found one tour operator in Tasmania who offers an aurora tour: Premier Travel Tasmania offers a private one-day (night) tour to try and see the aurora, and it’s a reasonable $309 per person. Aurora Australis Tasmania also used to offer astrophotography workshops, but I don’t see any dates since 2018 so you might have to inquire directly.

The next closest option we’ve found is Huon Valley Escapes, who offer two different accommodations with great views of the southern sky. On their website, they offer a 50% refund if the Tasmanian southern lights don’t show up based on their predictions. You can book with confidence that you’ll either see the lights or save a bit on your trip.

Peddler Wilderness Lodge in Strathgordon also has a great location for viewing the southern lights in Tasmania, and has helpful resources in helping you spot the aurora. Staff at their property can also answer questions.

Outside Tasmania, I found only one other option. Chimu offers a nighttime aurora flight out of Melbourne that seems like a really cool experience. Beyond that, you’re unfortunately a bit ‘on your own’ for trying to view the aurora australis in Australia. Hopefully, based on the rest of the information in this guide, you’ll feel confident planning your own trip.

Have other questions about seeing the southern lights in Australia? Let me know in the comments.

Ander is a Seattle-based space and tech enthusiast who is a Product Manager by day at Amazon. Outside of work, he enjoys stargazing (when it's not cloudy), travel, backpacking and sampling Seattle’s food scene. 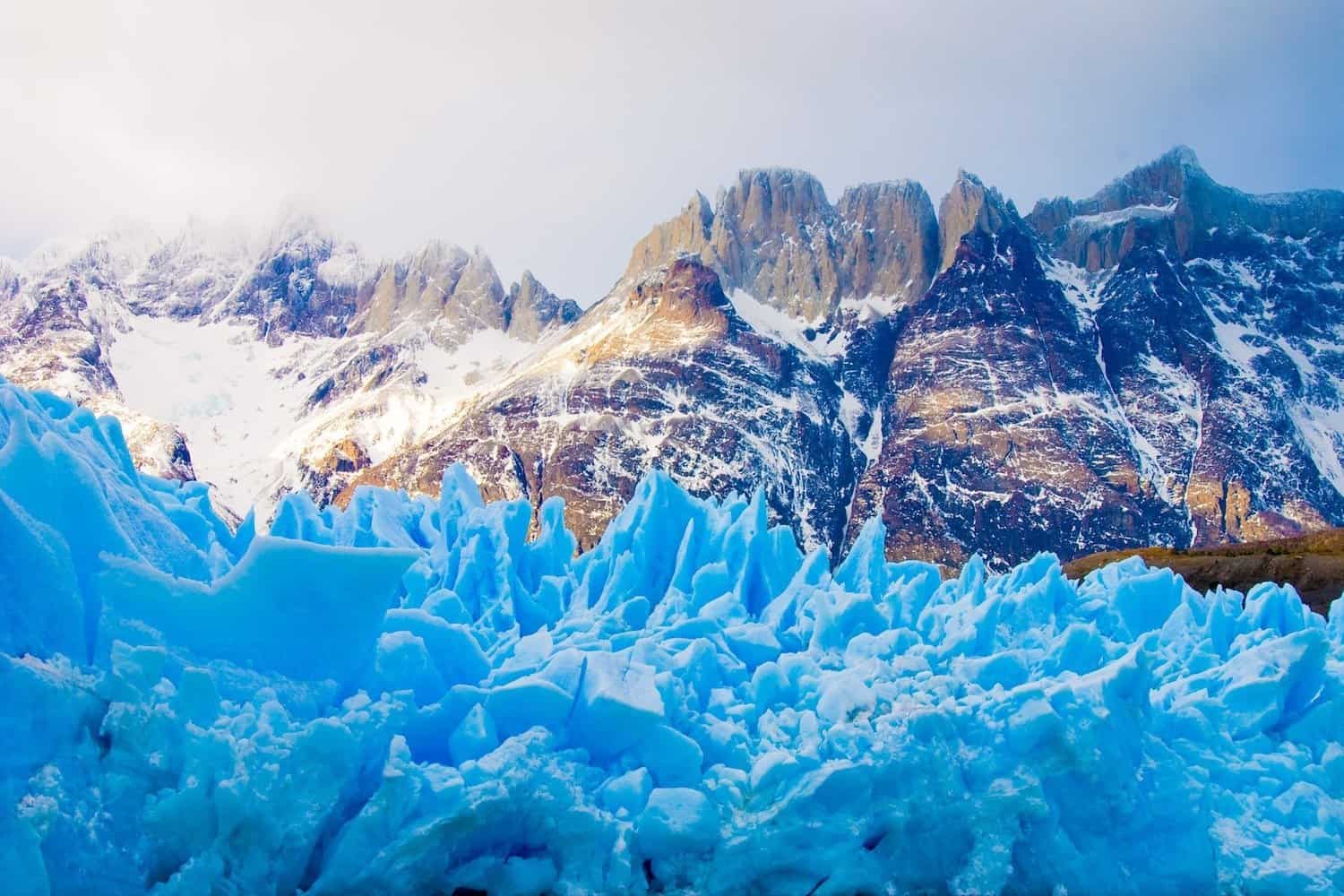 The 4 Best Places to See the Southern Lights in Patagonia 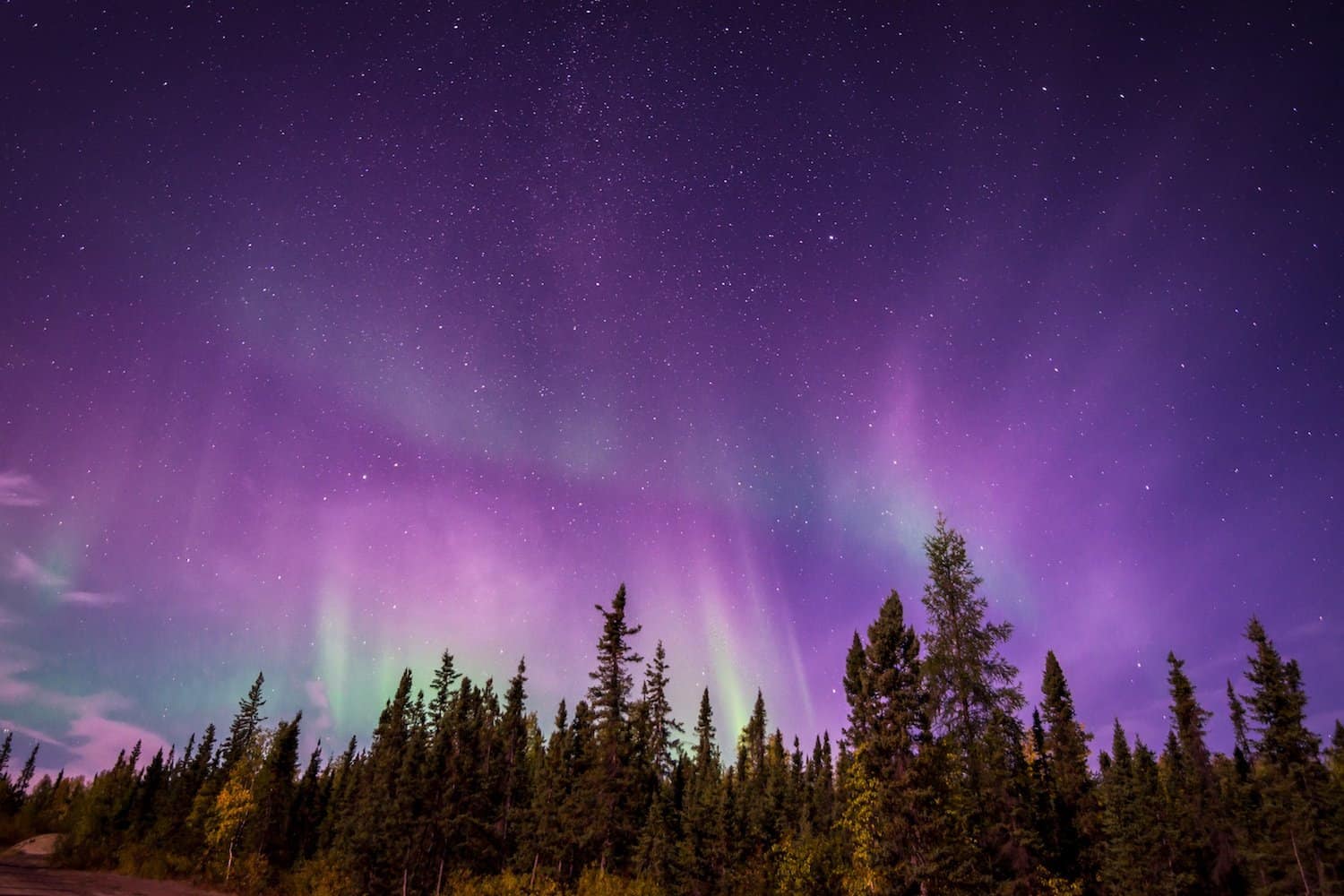