When it comes time to upgrade your telescope, there’s a lot to consider. After having a starter telescope in the $100 to $200 range, you’ve probably learned which types of telescopes you like (and know how) to use; you’ve also noticed some features you may enjoy – or perhaps absolutely hate and want different on your next telescope. In any case, upgrading your telescope is a big deal, and a good opportunity to spend a little more for a substantially better piece of equipment to unlock the wonders of the night sky.

In this post, I’ll cover the great mid-range options for telescopes under $500. This is a nice amount to budget for your next telescope as you’ll see it allows you to dramatically increase the power and capability of your telescope without breaking the bank.

Short on Time?
The best telescope under $500 is (still!) the Celestron AstroMaster 102AZ Refractor

Read on to discover the best telescopes under $500 across the range of telescope types, mounts, and capabilities. Here’s wishing you many clear nights with your new/next telescope!

Note: Lens and telescope prices have been very volatile in the past two years due to supply chain issues. Prices might vary widely from the prices I reported when this post was last updated in January 2023.

This post was originally published in late 2021 and was re-ranked and updated in January 2023.

What to Look for in a Great Telescope

Before diving into the list below, I wanted to make a quick point about what to keep an eye on when choosing a telescope. You probably already have these factors in mind as you’re likely upgrading your telescope if you’re looking in the $500 range, but it never hurts to have a reminder.

All this said, let’s dive into the list of telescopes under $500 that I recommend.

The Best Telescopes Under $500 (Ranked)

Keeping all those aspects in mind, I pulled together the best telescopes under $500 and ranked them. To come up with this ranking, I considered price, popularity, and review scores from Amazon.com. Here’s the list I came up with, using updated data for 2023.

Read on to learn about each of these telescopes under $500 in greater detail.

The Celestron AstroMaster 102AZ is an excellent option if you don’t want a bulky telescope. At 14.1lbs, it’s lightweight and easy to move around a backyard or dark camping spots. So, if you’re a traveling stargazer, this is the best telescopes under $500.

The telescope is user-friendly and is easy to assemble even if you have never had to assemble one. As for optics, this Celestron features a fully-coated 102mm primary mirror and a focal length of 2.98”.

The pack also includes two extra eyepieces, 10 mm & 20 mm, for increased magnification. The panning handle is a nice addition, allowing stargazers to sweep the night sky and adjust the telescope with fine movements.

If you are on a budget, you can’t go wrong with the Orion SkyQuest XT6. This Dobsonian reflector is one of the best telescopes under $500.

It features a 6″ diameter f/8 parabolic mirror, perfect for spotting tiny details on the moon. Also, the Dobsonian base provides extra stability during stargazing sessions.

The telescope comes with EZ Finder II reflex sight, Orion Star Target planisphere, Orion MoonMap 26, and Starry Night SE astronomy software. It includes one extra 25mm Sirius Plossl eyepiece, which provides a 48-power view. So, you might want to get a few more eyepieces. I recommend 32mm, 15mm, and 8-9mm.

As for the use, it’s pretty intuitive, and it doesn’t take much more than 30 minutes to assemble.

While not as powerful, the Celestron StarSense Explorer DX 102AZ has big promises for the amateur stargazer.

ts best feature by far is the Intuitive push-to method. Simply said, the telescope links up to your smartphone and shows a map of the night sky. Then, on-screen arrows appear, guiding you as you move the telescope.

Optically, this Celestron is an achromatic refractor with a 4” aperture and 23” focal length. The highest magnification it can reach is 240x more than the naked eye. Since it is an achromatic reflector, you don’t have to worry about collimating the mirrors, scaring many beginners. It weighs 14.2lbs, making it easier to travel with or move around.

One of the best mid-range telescopes, the Celestron 114LCM, is everything you need to peek at the stars. The telescope has a large all-glass 80mm objective lens and a 1.6° apparent field of view. The kit features an adjustable aluminum tripod, two high-quality eyepieces (25mm & 9mm), and a StarPointer red dot finderscope. The telescope comes with a functional Sky Tour button that generates a list of the best objects currently available to view in the sky if you struggle to spot them on your own.

The main downside of the Celestron 114LCM is its Bird-Jones optical configuration. While not impossible, it’ll be more challenging to collate than other models, especially if you’re a beginner. However, if you’re willing to go the extra mile to learn how to align the mirrors properly, this Celestron is an excellent investment.

The telescope includes two Kellners eyepieces, 25mm and 9mm, providing 36x and 100x magnification. There is also a StarPointer red dot finderscope, erect image diagonal, and free Starry Night astronomy software included in the package. Regarding the assembling, it is simple enough for beginners to put together as long as they follow the instructions. The telescope’s tripod would be the only noticeable downside. While it seems sturdy, the motorized alt-azimuth mount wobbles considerably during stargazing sessions.

The Zhumell Z114 Portable Altazimuth is the last on our list of best telescopes under $500.

The Zhumell comes with many high-end features you won’t find in many telescopes within this price range. Its top feature is the 114 mm parabolic primary mirror parabolic mirror. This parabolic mirror provides sharper views because it eliminates spherical aberration and other visual defects. It also collects over 90% light transmission to provide consistently brighter views of fainter objects like nebulae.

Built with a lightweight yet durable design, the Zhumell will be your number one companion in all star parties or camping trips. It is very easy to transport and to set up as well. Other accessories include a red dot finderscope and two fully multi-coated eyepieces, a 17 mm eyepiece with 24x magnification for wide-field views, and a 10 mm eyepiece, with higher 40x magnification.

Have any questions about these telescopes under $500? Let me know in the comments! 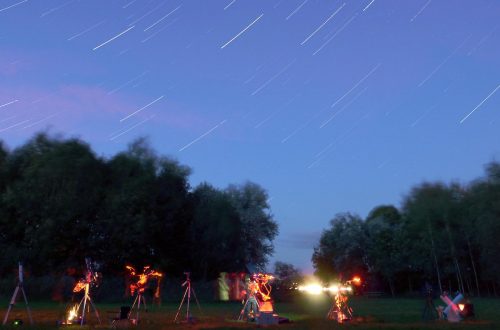 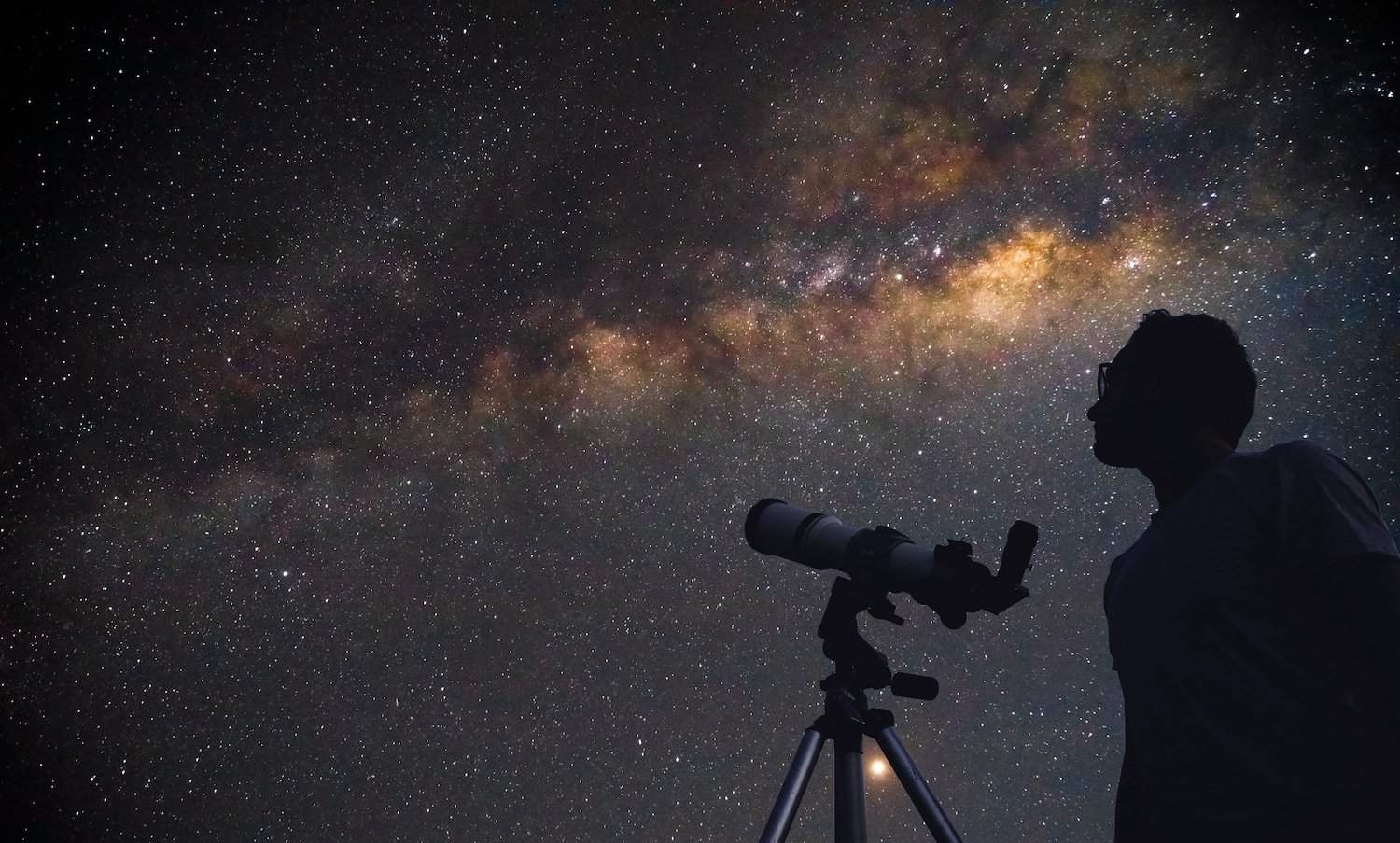 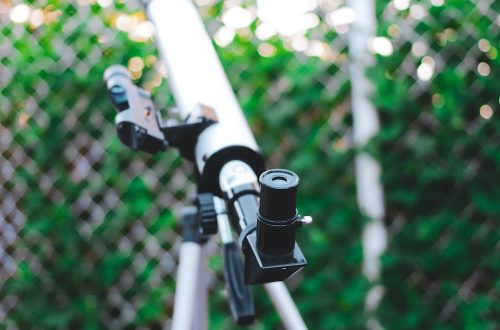