When you talk about Washington State, most people think of the same thing: rain. And while it doesn’t rain nearly as much as people think – especially in the drier eastern part of the state – the cloud forecast is certainly important as you consider when and where to go stargazing in Washington.

While I’ve already shared a guide for stargazing spots near Seattle, I wanted to go a bit wider in this post and share some of my favorite places for stargazing in the Evergreen State. After living here for four years, I’ve been to many of these places and can attest to their great dark skies and sparkling stars.

If you’re in Washington or exploring the Pacific Northwest, be sure to add a few of these stargazing destinations in Washington to your agenda. Once you see the stars shining overhead, you’ll almost forget how often it rains and the clouds cover them up.

Artist Point, perched at 5,000 feet elevation between Mount Baker and Mount Shuksan, maybe one of the most popular spots for stargazing in Washington. This is a great place to take in the beauty of the distant night sky. Stargazers can even see the Milky Way there! Astrophotography is also quite popular, thanks to a stunning dark sky. Artist Point doesn’t bring in a crowd despite offering some of the best seats to appreciate celestial bodies, so you’ll have plenty of space to set up your telescope.

An incredibly wild and remote park, North Cascades National Park is an excellent option for stargazing in Washington. There are many things to do, but the most popular is the hike up to the beautiful Cascade Pass. Every step of the way is gorgeous, with glaciers, mountains, and meadows all over. The hike’s beauty extends well into the night. Being far from the light pollution of major metropolitan areas, Cascade Pass is also a great spot to take in the night sky in Washington.

Being close to Port Angeles, Sequim, and Victoria, British Columbia, Canada, one might think that Deer Park isn’t the best spot for stargazing. Luckily, the park sits high enough above these two illuminated cities to avoid the impact of their lights. It is a great place to get a closer look at our universe, especially if you want to see meteor showers and northern lights.

Did you know that Seattle has an astronomical society? Every month, Green Lake and Paramount Park are home to the star parties that Seattle’s Astronomical Society hosts. Their parties are open to the public, and it’s a great opportunity to learn about the universe. The society’s members bring their telescopes and let you observe interesting astronomical objects, including the moon, constellations, planets, and stars.

Lake Wenatchee is located a short drive outside Washington’s Bavarian mountain town, Leavenworth. This park is one of the best Washington stargazing spots. Since Lake Wenatchee State Park has very low light pollution, stargazers can enjoy stunning night sky views. You can find the best views in the park’s beach area, giving you a view to the northwest. Oh, if you’re lucky, you might get to see the northern lights here!

Like Artist Point, Mount St. Helen’s is one of the most popular spots for stargazing in Washington. The whole park area seems to be perfect for stargazers. Not many trees, no light pollution, no large crowds, plenty of lookouts and viewpoints, a stargazer’s dream. As if that wasn’t enough, stargazers can spot the Milky Way from here. If you can choose when to visit Mount St. Helens, pick a date early in the season when the skies get darker earlier.

The hike to Mowich Lake in Mount Rainier is definitely for the adventurous – the road to reach the lake can be quite rough. The shimmering stars will be more than worth your effort. Being remotely located at 4,929 feet high, there’s next to no light pollution in Mowich Lake. Stargazers can get a glimpse of the northern lights, the Milky Way, and endless satellite passings.

Rattlesnake Ledge is another of Washington stargazing spots recommended for the bold-hearted. To get to the ledge, you’ll need to hike 5.3 miles. But just like Mowich Lake, those who reach the top will enjoy astounding night sky views from there. The best place in Washington (guaranteed by stargazers who dared to reach the top), to get good views of the Milky Way is Rattlesnake Ledge.

Starry Hill, a nonprofit dedicates itself to spreading the joy of astronomy and stargazing activities. They offer planetarium shows, observatory tours, stargazing events, and more. The premier activity is the Star Party -an event featuring many telescopes to view the treasures of the night sky. They schedule the starry event on moonless, August nights to ensure unblocked views of the dark sky.

Located on the shores of Banks Lake, Steamboat Rock and its surrounding desert landscape make for a great stargazing spot. The starry skies at Steamboat Rock are absolutely astounding, and the stars you’ll see from here are some of the brightest in the state. If you can, try to make your trip to Steamboat Rock an overnight stay. Or even better, a long weekend getaway. Trust me, you won’t regret it.

If you’re in Washington and have time to choose only one spot to go stargazing, then go to Sunrise at Mount Rainier. Many stargazers argue that the Sunrise region of Mount Rainier National Park is one of the best locations in all of Washington State. Why does Sunrise at Mount Rainer have such a reputation? It’s because you can get unobstructed views of the night sky, the Milky Way, the northern lights, and experience nearly zero light pollution.

An extensive beach frontage and estuary lagoon, Titlow Beach Park is a popular spot for families. It is an excellent location if you’re looking for a park that offers fun during the day and night. Some amenities include tennis and basketball courts, playfields, trails, spray-ground, playground, and picnic areas. When the night hits, Titlow Beach Park gifts visitors with a wide-open night sky. All you have to do is pick the right spot to take in the night sky and its magic.

This list wouldn’t be complete without mentioning Winthrop in Methow Valley. Stargazing in this tiny old Western town is spectacular because it has some of the darkest skies in the lower forty-eight states– light pollution is not a thing here. Stargazers who visit during moonless nights can see the Milky Way in all its glory and the Northern Lights.

If you’re a dark sky activist, you’ll be happy to hear that the valley has the Methow Dark Sky Coalition, a nonprofit organization whose dream is “to create a huge dark sky community” devoted to reducing light pollution and making stargazing even more brilliant.”

Do you know of any other great places for stargazing in Washington? Let me know in the comments! 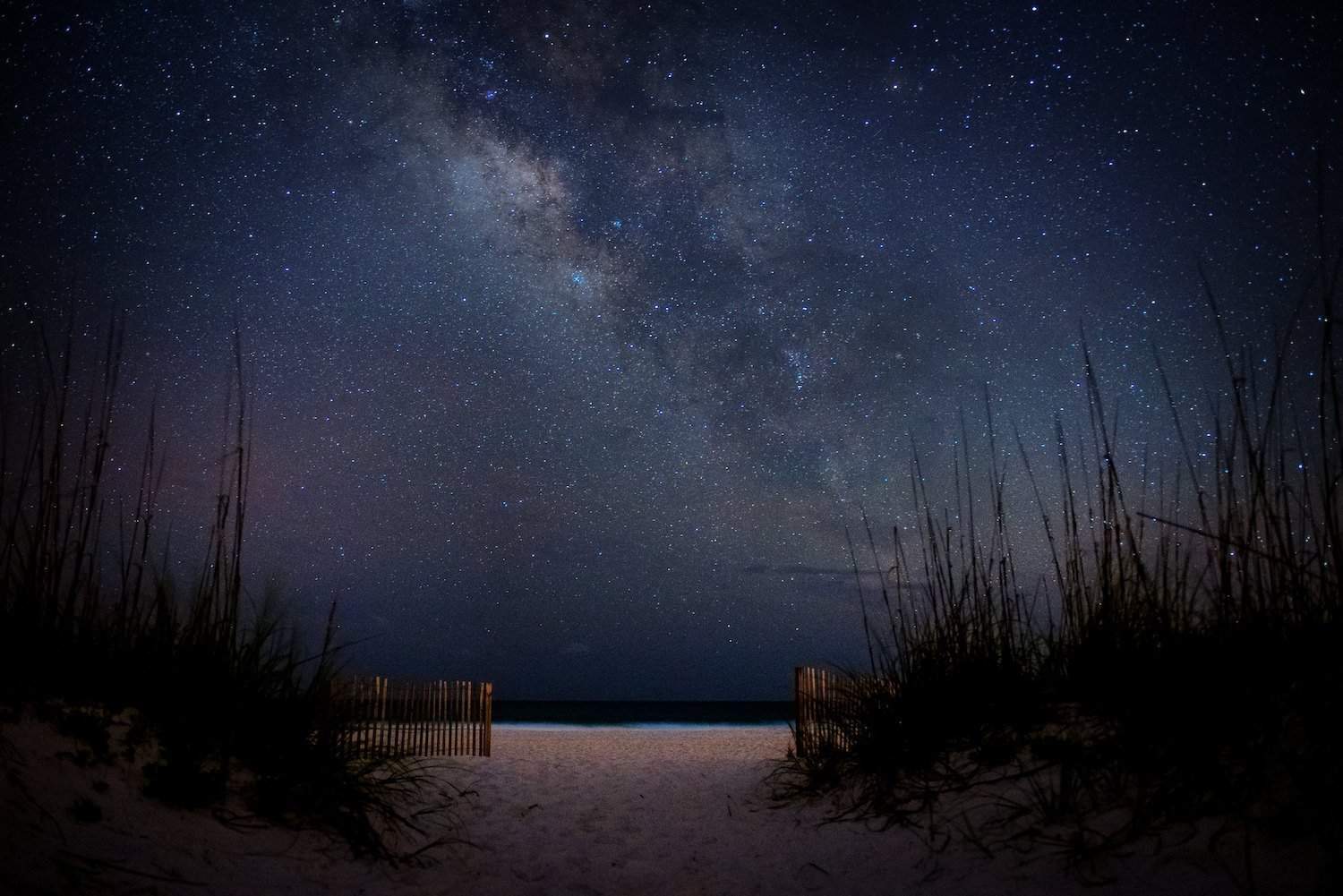 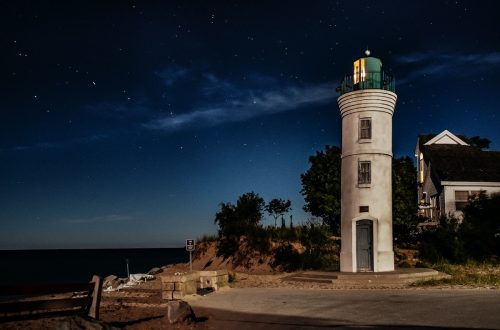 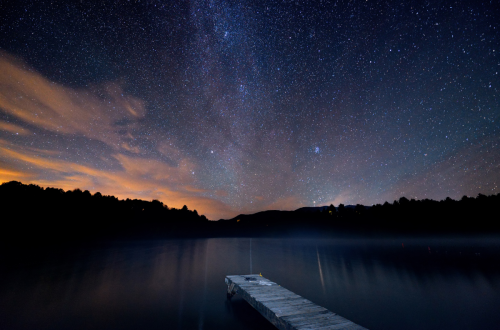