Spain is continuously gaining popularity in the stargazing community. The country’s numerous nature reserves and uninhabited mountainous areas have very little light pollution. The further you stray from large cities like the capital Madrid, the more starry skies you will get to admire.

Naturally, there is no better place to gaze at stars than in the middle of the wilderness or on a small island nowhere near the mainland. Luckily, there are lots of beautiful remote places in Spain with very few artificial light sources nearby. Keep reading to learn all about the greatest stargazing locations in Spain and how to find them.

If you want to go stargazing in Spain there is no better place than Albanyà in Catalonia. Located in the northern parts of the country, the small village of Albanyà became the first International Dark Sky Park in Spain during 2017. This stargazing hotspot sits less than 10 kilometers from the French border and only 45 minutes from the beautiful Costa Brava coastline. There isn’t much to do in the small town except admire the incredibly clear night sky.

The Albanyà Astronomical Observatory was constructed only a short walk outside of town and there is a campsite nearby perfect for those planning to sleep out in the open under the starry sky. You can take classes at the observatory or join in on group stargazing sessions during most months although the location is closed in January and February. This is far more than a hotspot for stargazers though. The Albanyà Astronomical Observatory acts as a research facility where astronomers focus their research on asteroids.

Peña Trevinca is the highest point in Galicia and enjoys almost complete darkness due to the  absence of larger towns or villages. The mountains of Trevinca form a nature reserve which protects the area from further construction. Between lush forests there are picturesque lakes forming vistas that look like they came straight from a documentary.

This part of Spain is very mountainous and lies over 2000 meters above sea level. Make sure you come prepared as the nights here can get very chilly. On clear nights you can even see the Milky Way more clearly than anywhere else in the country.

What if you could combine stargazing with a heart stopping cable car ride? The Teleférico Benalmádena takes visitors on a beautiful 15-minute journey up to Mount Calamorro, located close to the city of Malaga. Luckily, it’s far enough from the city to guarantee dark skies, and you’ll be able to see thousands of stars from the top of the mountain.

During the months of July and August, a lot of astronomers and curious onlookers gather here to witness the famous picturesque skies. Since the sun sets relatively early even during summer, stars can be witnessed from 10 pm on. During major astrological events there are usually special gatherings so keep an eye out for announcements. This area of the Costa del Sol is also very beautiful during the day so combine your stargazing holiday with a trip to the picturesque beaches.

The Puerto Collado mountain pass sits in the Sierras de Tejeda, Almijara y Alhama Natural Park. It acts as a gateway to the nature reserve but attracts only a handful of hikers and locals. You can walk there in around an hour from the small town of Competa. It’s mostly uphill but a very scenic walk.

Since the nature reserve is mostly uninhabited there is very little light pollution, making it the perfect place for stargazing. The Puerto Collado has a little picnic area with benches where you can sit or even lie down to watch the stars.

Galizuela Next to  the vast Embalse de la Serena lake lies Galizuela. This small town has even earned a starlight certificate meaning there are ideal stargazing conditions in the area with very little artificial light pollution. There is a whole network of viewpoints available for visitors to enjoy, most of which have information points where you can learn about the constellations above you.

You can visit each of these sights via a hiking path that is just under two kilometres long. It will take you to all the best stargazing places in the area and is a fantastic activity for those interested in learning about astronomy. There are group excursions available during spring and summer when the conditions are favourable.

The Sierra Nevada is home to some of the highest mountains in all of Spain. Located in the usually sunny state of Andalusia this mountain range sees a lot of snow and is a big skiing destination. Collado del Diablo which translates to the hill of the devil is a prime stargazing location because of its high altitude and usually cool temperatures.

It can get very windy up there so make sure to dress warm. The views are worth it though. The beautiful mountain vistas transform into crystal clear skies at night with clear views of the milky way. Just make sure you’re careful when driving the narrow mountain roads in the dark.

Two hundred kilometers west of the Spanish capital, Madrid lies the tiny town of Puerto Castilla. There is absolutely nothing to see here during the day, but at night, it becomes clear why this small municipality is one of the best places in Spain for stargazing.

Over 200 nights per year, the conditions for seeing stars are perfect here, and since it’s located relatively close to Madrid this is definitely a unique place. Usually, stargazing locations sit in nature parks or in remote areas, but Pierto Castilla is actually very accessible. Head here for the weekend if you’re visiting Madrid anyway. This area of Spain even received a dark sky designation which is not a common title; that’s how good the night sky is here.

Next to Puerto Castilla, there are lots of stargazing viewpoints to choose from in the area, so try out a few different ones while you are there.

Located an hour north of Granada is the Sierra Sur de Jaen. This largely unpopulated rural part of Spain is a fantastic place to watch the stars. Head to the ​​Observatorio Andaluz de Astronomía at La Pedriza, where you can join exciting workshops and learn all there is to know about the night sky. They also host monthly night observation events and welcome visitors from all over the world.

With over 300 clear nights per year, this is one of the best areas in Spain for observing stars and should be at the top of your list of places to see. If you’re looking for even more stargazing events to attend in the area why not stay at the Casa Olea Starlight Hotel. This unique stay has night sky-friendly lighting to make sure you won’t be disturbed when trying to spot the best constellations on the beautiful Spanish skies. Their stargazing weekends are notorious in the community and always involve delicious traditional tapas and local wines to sample.

The Canary Islands are a stargazer’s paradise surrounded by vast stretches of the Atlantic Ocean with next to no artificial light. More than 200,000 people are estimated to visit the Canary Islands just to see the beautiful night skies.

Head to Teide National Park, which is a favourite among local amateur astronomers looking to catch meteor showers or spot constellations. Las Cañadas is by far the best place to go as it forms a sort of natural platform perfect for propping up your telescope. If you don’t want to carry one on the plane with you, why not bring a blanket instead and enjoy the stars you can see without the aid of magnification. You’ll still get incredible views that are worth the journey to the islands.

Teide National Park has even been recognized as a Starlight Tourist Destination, making it one of the best places in Spain to enjoy the night sky. Also, make sure to stop by the Instituto de Astrofísica de Canarias, which lies at an altitude of 2,390 meters above sea level. Getting a rental car for your stargazing adventures in Tenerife is highly recommended to make sure you can reach more remote parts of the island.

Located between Murcia and Jaen lies the Campos de Hernán Perea, a beautiful area of flatlands and plains that look almost like a surreal  moon landscape. Head to the tiny village of Santiago de la Espada, which is a hotspot for stargazing and has seen a large increase in tourism for this reason in recent years.

For more than 50 kilometers there is no village or house in sight, so this is one of the darkest areas in all of Spain. Unfortunately, it’s also one of the coldest, even during the usually hot summers. Pack warm clothes, especially if you’re visiting during the winter months. You’ll be absolutely freezing after a night of admiring the stars.

Have any questions about these places for stargazing in Spain? Let me know in the comments!

Victoria is a travel blogger from Germany and the author of Guide your Travel. She writes about her favorite destinations, travel tips, photography, and how to become a blogger. 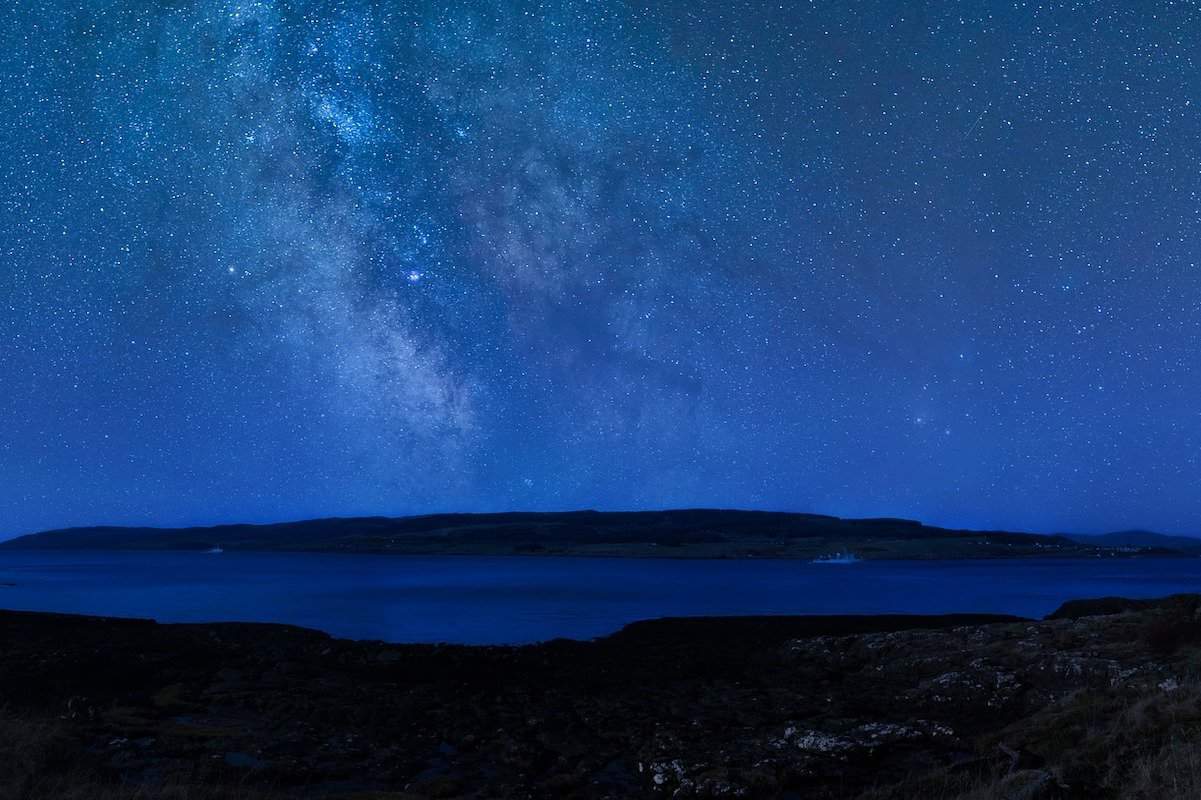