Ask anyone about the states with the best space heritage, and Ohio might well make the list. Despite its relative small size compared to other states, Ohio ranks #4 in the number of astronauts that hailed from the state (after New York, California, and Texas). Maybe it’s nights of stargazing in Ohio and wondering what’s out there that inspired all those astronauts.

However, it’s not all rosy even if it is astronaut-inspiring. When I moved to Ohio in 2021, I’ll admit that I didn’t realize how tricky stargazing can be here. A decent population density, evenly dispersed cities across the state, and a whole lot of cloud cover can really interfere with one’s prospects for seeing the stars.

So when there’s a clear night, you need to know where to go, and that’s how this post can help. Below you’ll find nine of the best stargazing spots across the Buckeye State, from the shores of Erie to the hills of Appalachia.

If you love nature and seclusion, then Burr Oak State Park is one of the best spots for stargazing in Ohio. The lovely park sits within Wayne National Forest and sprawls over 2,593 acres of wooded hills and valley farms. Despite being only 4 miles outside of Glouster, the village has 2,000 inhabitants who produce little light pollution. So, the park preserves its quietness and inky-skies all night. Thanks to the variety of activities here, you can boat, hike, or swim during the day. At night, you stay in a campsite, cabin, or the Burr Oak lodge if you’d like a more comfortable alternative.

Once again, if you prefer seclusion for your stargazing experience, Cowan Lake State Park should be on top of your Ohio stargazing spots. This park gem boasts astounding scenery, with beautiful inlets and American Lotus water lilies dotting the landscape. The park is popular with hikers, given the diversity of trails nestled within the park’s woodland.

However, the night sky puts on quite a show as well. The park is over 1,775 acres and has many secluded spots to glance at the stars. By the way, the park features excellent campsites. The camping portfolio includes choices ranging from primitive sites to cabin rentals (with a beautiful lake overlook) and everything in between.

When it comes to stargazing in Ohio, Cuyahoga Valley National Park has a top spot on the podium. Its website states there are five unbeatable places to go stargazing inside the park, one of them granting views of the Aurora Borealis when conditions are just right. The Beaver Marsh on the park’s western side boasts impressive views of Mercury and stars. This spot is also popular with locals for observing lunar eclipses. The Jaite meadows, the park’s lowland areas, are another western stargazing spot.

During summer, rangers advise observing along the Horseshoe Pond banks on Major Road to mitigate the area’s heavy dew.  Now the juicy part. The Pine Hollow parking area at Kendall Hills is the best location to observe the Aurora Borealis, while  Oak Hill Picnic Area is a top spot for witnessing meteor showers.

Wildlife enthusiasts love Dillon State Park. The area’s wooded hills and scenic valleys lure visitors from far and wide looking for their next outdoor adventure. During the day, you can enjoy a sunbathing session at the coves, kayaking in one of the lake’s inlets, or hiking through the winding forest trails.

When the night comes, you can head to the park’s observation deck for stargazing. You’ll find many signs in the area showing you what constellations to look for in that direction. The good news is that it is close to the campground, so you won’t have to carry heavy stargazing gear for long.

Any park with “astronomy” in its name is a good omen for stargazers; add the name of Ohio’s own John Glenn onto it and you’re sure to have a great spot for stargazing in Ohio. If not the best place, John Glenn Astronomy Park is one of the best places for Ohio stargazing. Located in the heart of the Hocking Hills, the park offers year-round stargazing programs to educate people on the wonders and importance of space.

Most stargazing programs occur on Friday and Saturday nights and require a previous reservation to attend. They might also organize impromptu guided stargazing sessions on clear nights. You can also see the Milky Way from here, in late summer and early fall.

The Observatory Park has been Ohio’s only dark sky park since 2011. Located east of Chardon; Observatory Park officially has the darkest skies in the state. The Park District has been hard at work trying to reduce light pollution and make the sky as dark as possible, including community measures such as instructing residents and businesses in nearby communities on simple yet effective ways to mitigate high-intensity urban lights.

The park is also home to the Nassau Astronomical Station, which houses a 36” Warner & Swasey telescope, one of the most immense public viewing scopes in the state of Ohio. You can book a visit to look through the station’s telescope or find a nice spot, bring a reclining lawn chair, appropriate clothing, a red flashlight, and stargaze on your own.

Initially, Stonelick State Park served as a wildlife area for Ohio’s sportsmen. It lies 35 miles east of Cincinnati and governs 1,058 acres of woodland. People who visit the park mainly engage in canoeing, hiking, and campaign activities. However, the park has the reputation of being an excellent place for birders and astronomers in the Cincinnati area.

The Cincinnati Observatory (one of the best observatories in the U.S.) hosts a free viewing night at the parking lot near the beach on clear nights about once a month all year. During clear nights on the weekends, you can often find fellow astronomers out there.

Situated on the Appalachian foothills, Strouds Run is worth visiting just for the scenery. This 2,000-acre state park has a varied landscape with hills, valleys, and coves all around. One of the most surprising facts is that certain areas within the forest are over a century old and show no signs of human disturbance. As for stargazers, the park sits 77.6 miles from Columbus, far enough from the light bubble that Columbus and suburbs throw into the sky. There is a lovely campground open year-round where you can watch the stars.

Wayne National Forest is our last top spot for stargazing in Ohio. Wayne National Forest is Ohio’s only national forest and you’ll find it right on the Appalachian foothills. There are six campgrounds offering pretty good views of the stars. However, I suggest you go to Lamping Homestead Recreation Area for exceptional views. This isolated area has one of the darkest skies in the park.  Besides stargazing, you can go hiking, biking, and horseback riding during daylight.

While Ohio may not have many stargazing spots, the ones you can find here are good enough to make up for it – it’s a quality over quantity type of thing! Have any questions about these places for stargazing in Ohio? Let me know in the comments. 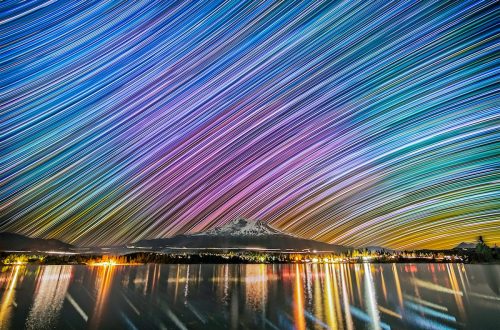 21 Cool Spots for Stargazing in California 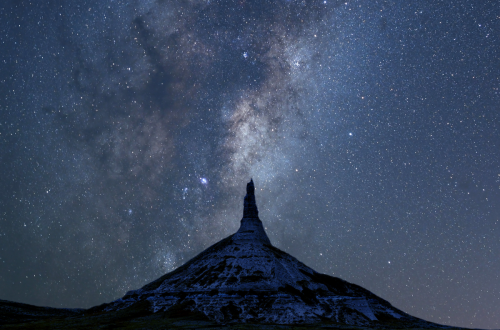 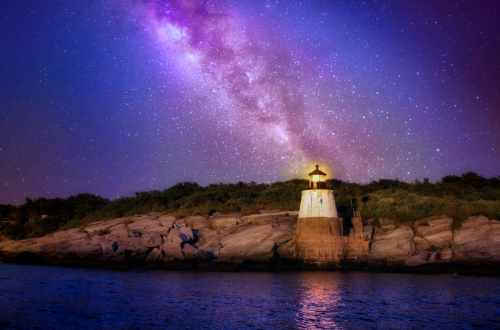