Also known as the “Gateway to the West,” St. Louis is an iconic American city. Just picture the Gateway Arch and you’re thinking of St. Louis. Add in good sports teams, great craft beer, and good music – they say “beer, baseball, and the Blues” referring to both the music genre and hockey team – and you’ve got a perfect recipe for a great Midwest city.

But can you go stargazing in St. Louis? Given that you’ve ended up on my site, I’ll assume that’s what you’re most interested as opposed to the other things St. Louis is famous for.

Like most Midwest cities like Chicago and Minneapolis, St. Louis doesn’t have great stargazing prospects, but there are some good spots if you’re willing to explore beyond the core of the city. As with most major cities, you’ll face light pollution when stargazing in St. Louis, but don’t let that deter you: if the skies are clear or there’s an astronomical event you want to see, it’s well worth it to head to one of the stargazing spots in St. Louis and the surrounding area.

The Best Spots for Stargazing in St. Louis

Not everyone has the chance to leave the city for stargazing sessions. Luckily, St. Louis has pretty decent spots where you can enjoy the bright stars inside the city, despite being one of Missouri‘s largest cities. Here’s a list of the best St. Louis Stargazing places.

Crestwood Park is a hidden gem nestled in a charming neighborhood on Meadowfern Dr street. The park spans over 21  acres and features a lovely playground, public restrooms, two pavilions, and softball fields. There is a paved path throughout Crestwood park’s 21 acres to guide you.

Despite being small, Crestwood Park has lots of open spaces to gaze up and enjoy views of the night sky. The St. Louis Astronomical Society hosts free star parties on the park’s softball fields throughout the year. All you have to bring is a chair and blanket as the Society sets up telescopes for stargazers who still don’t have their own equipment.

Found on top of Crow Hall, Crow Observatory is one of the top places for stargazing in St. Louis. The observatory belongs to Washington University and houses a telescope that the Physics Department acquired in 1863.

While the facility works year-round, visitors can only use the telescope to explore the galaxy during the Fall and Spring semesters every Monday, Tuesday, Wednesday, and Thursday, as students guide the viewing sessions. The observatory is free and doesn’t require advanced reservations unless you come in large groups.

FYI: The Crow Observatory is currently closed due to COVID-19.

One of the younger US National Parks, Gateway Arch National Park, is rich in history and natural beauty. Most people visit the iconic park to witness the impressive Gateway Arch,  a steel monument on the bank of the mighty Mississippi. However, the park’s scenic grounds are the perfect spot to experience the cosmos in all its glory.

The National Park Service, alongside the St. Louis Astronomical Society, hosts the Gateway to the Stars series throughout the summer. The program includes free stargazing under the Gateway Arch and promotes the exploration of St. Louis’ star-studded night.

Stargazing within One Hour of St. Louis

Driving out of the city will reward you with darker skies and brighter stars. If you can afford a quick one-hour drive, here’s a list of the top stargazing spots near St. Louis.

Who’d have thought that St. Charles County is home to Broemmelsiek Park, one of the best places for stargazing in St. Louis? Built for astronomical purposes, the Broemmelsiek Park sits in a strategic location that delivers a pitch-dark sky.

The park has multiple stargazing stations – pads – for telescope set-up, each with electrical outlets so that you can plug in your computer, tracking gear, etc., for a better experience. There’s also a 32-inch Dobsonian telescope in the  Astronomy Viewing Area. The Astronomical Society of Eastern Missouri organizes public sky viewings and provides useful information and guidance for amateurs on Friday nights.

At 2,400 acres, Babler is one of the largest and oldest parks in the Missouri State Park system. The park sits in Wildwood in far west St. Louis County and offers many recreational opportunities, including hiking, camping, swimming, horse trails, and picnic sites.

Its serene environment attracts hundreds of stargazers each evening. There’s plenty of open space to get a clear view of the sky. However, you can ask the park office to permit you to observe from the open field near the monument. The SLAS (St. Louis Astronomical Society) holds telescope viewing sessions at Babler every year.

Washington State Park has everything you need to spend a weekend in the outdoors: cliffs, rolling hills, awe-inspiring petroglyph sites, boat ramps, and the list goes on. After you’ve explored the grounds and admired the petroglyph sites, go back to your campground and take out the telescope for the celestial show that is about to start.

The petroglyph parking lot provides some of the best views of the night sky, but you need to get permission from the park office to stargaze there. Also, the park is open from 7 a.m. to sunset year-round, so you may want to camp for the night.

Located in Lincoln County, the White Memorial Wildlife Area contains 810 acres, of which 315 are timber and 495 are open fields. The area provides fairly dark skies for observing the night sky and its celestial objects. Try to avoid setting your telescope on the southern portion of the park as the sky is more light-polluted due to the city of Troy’s closeness.

Compared to other spots on the list, the White Memorial Wildlife Area is primitive and doesn’t offer any facilities. It’s worth taking this into account if you’re going with children.

It’s no secret that the further you go from cities, the darker the skies will be. The following  St. Louis Stargazing spots are one of the best in terms of visibility, given they receive significantly less glare from the metropolitan area.

Danville Conservation Area is a peaceful spot only six miles from I-70 but feels deep into the wilderness. The area is a prime location for astrophotographers chasing the perfect shot of the galaxy.

This wooded area sprawls over 3,136 acres and has a few dispersed campsites stargazers will love – the view of the night sky from here is spectacular. If you want an even more isolated spot, you can camp at the trailhead, at the end of the main gravel road. I assure you, and your telescope will be the only ones there.

St. Louis is home to two stunning planetariums that will provide a fantastic astronomic experience for anyone who visits.

Located on the southeastern corner of Forest Park, the McDonnell Planetarium at Saint Louis Science Center is the perfect place for a familiar getaway. The building features state-of-the-art technology, including the largest artificial sky in the Western Hemisphere. It hosts tons of Star Shows in the Orthwein Starbay Theater. Moreover, admission to the Saint Louis Science Center is free.

The Planetarium at the Challenger Learning Center

The Planetarium at the Challenger Learning Center is another venue dedicated to igniting the love for the cosmos in young ones. The traveling planetarium curates a dynamic and engaging program about the planets, moons, and stars, where children can see images and hear stories about constellations, and look at the planets in our solar system.

Can You See the Milky Way in St. Louis?

While you can see the Milky Way in Missouri, you won’t be able to spot it from anywhere near St. Louis. You’ll have a better chance to spot it in Northern Missouri and Southern Missouri from the beginning of March through the end of October.

Best Time of Year to Go Stargazing in St. Louis

The best time to go stargazing in St. Louis is the days before, during, and soon after each new Moon, when there is no Moon in the sky to wash out the stars. When it comes to seasons, autumn and spring are the best to see the most stars, so plan your stargazing trip to St. Louis for March and April or September and October.

Have any other questions or feedback about stargazing in St. Louis? Let me know in the comments! 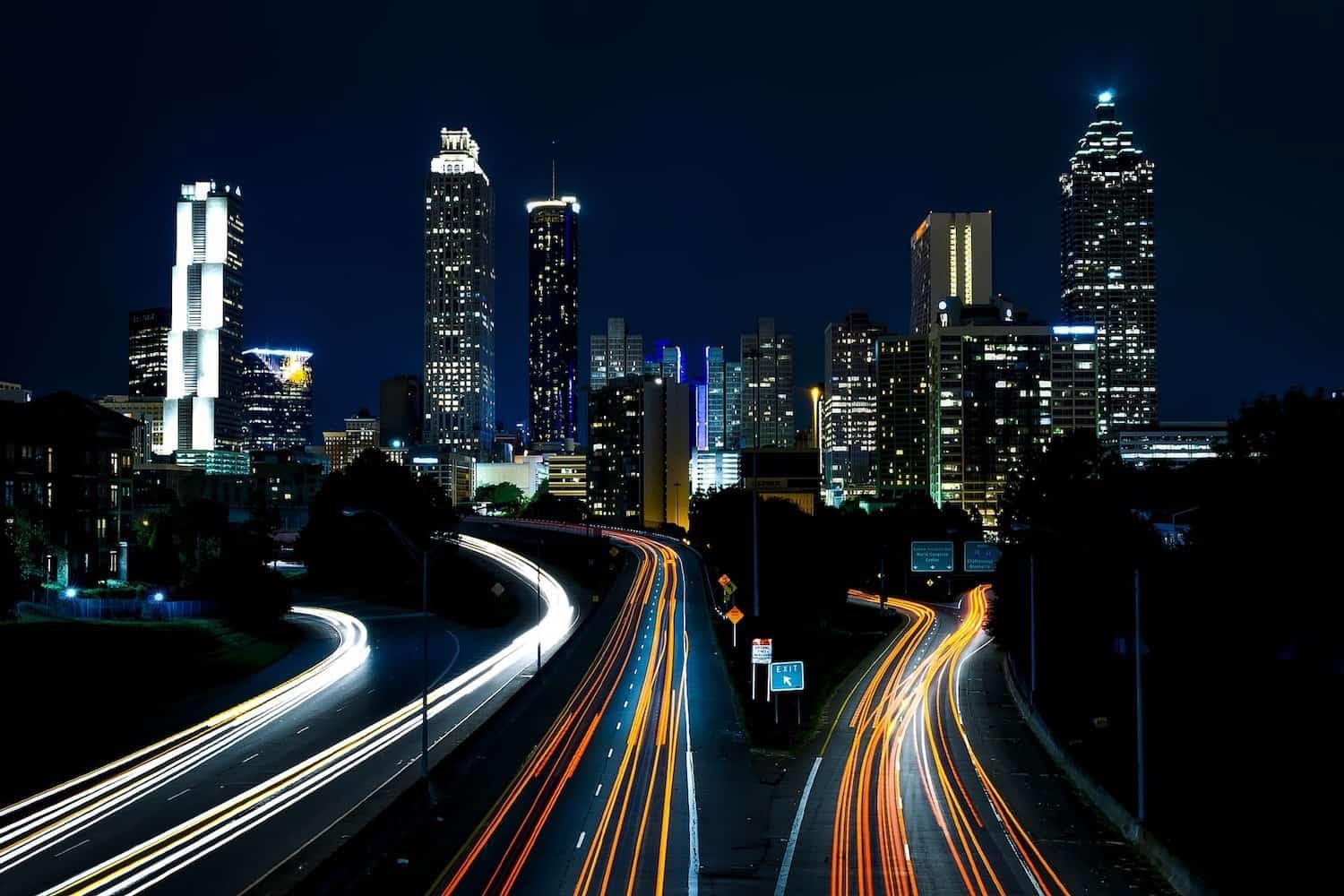 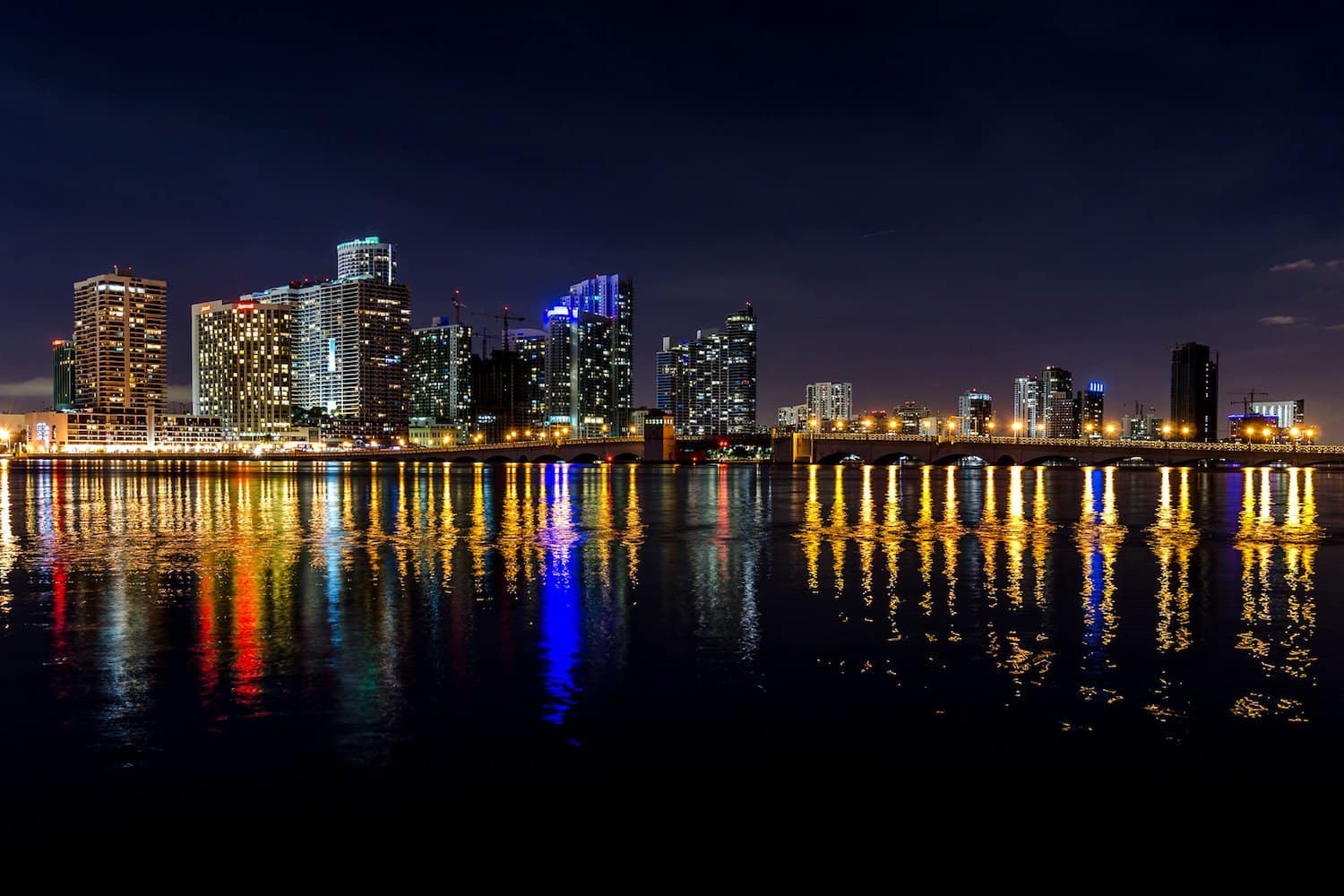 The 14 Best Places to Go Stargazing in Miami 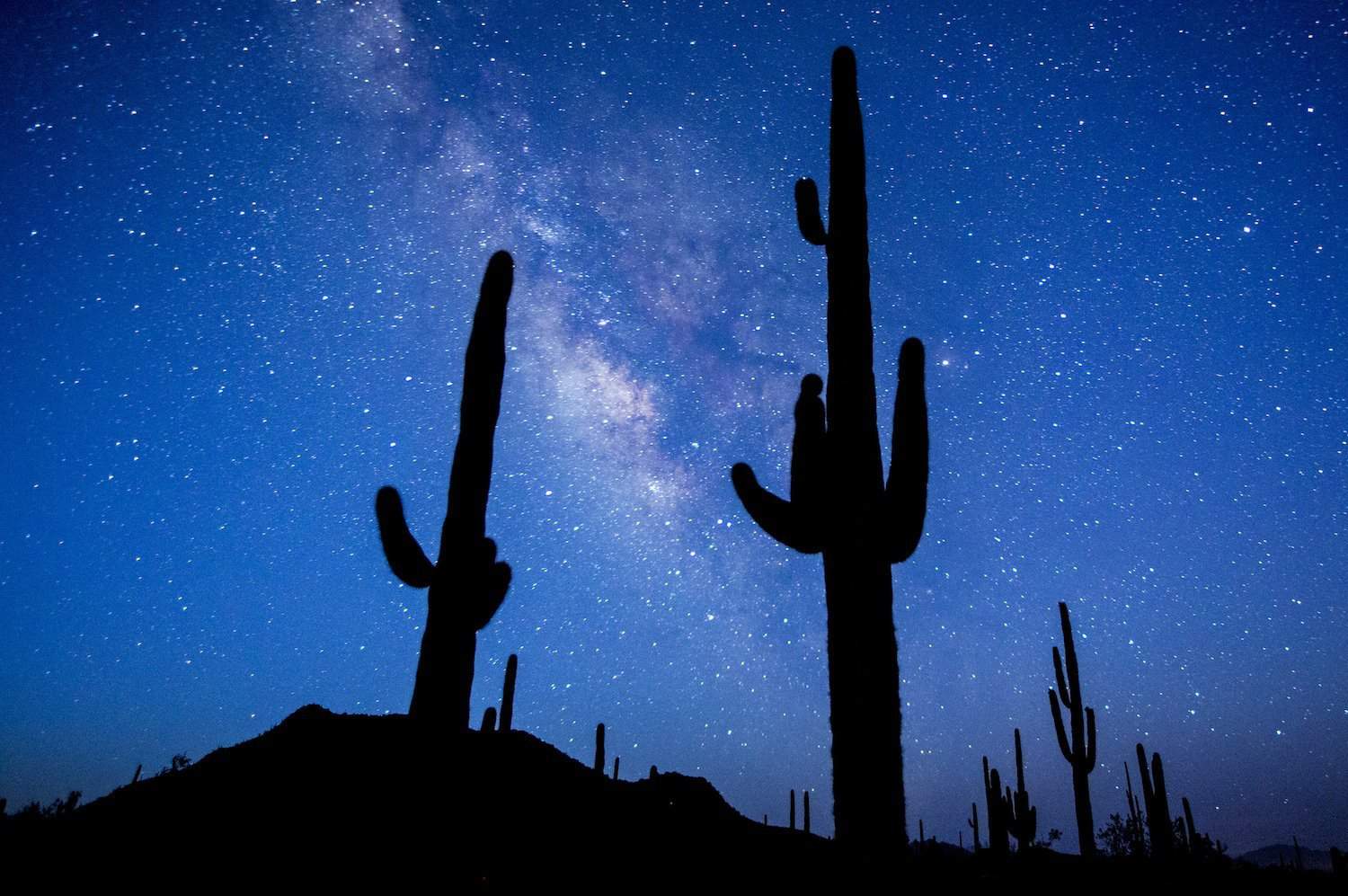