Utah is, as destinations in the western U.S. go, is arguably one of the best. After all, Utah is home to incredible national parks, outdoor adventure in every corner of the state, incredible food and culture, and some of the best stargazing in the world. In fact, Utah is in an ongoing (but friendly) competition with Arizona to see who can have more dark sky designated places.

All this to say that seeing the night sky is something that’s easy to do in Utah – but what about in its biggest city, Salt Lake City? As you might expect from any city, light pollution is of course a problem – but there are still plenty of great places for stargazing in Salt Lake City. Astronomy clubs are active throughout the city, and there are some great places for stargazing within a few hours’ drive: you can reach the dark skies of the mountains or the expansive views of the desert!

So if you’re ready to plan your next stargazing trip, or just find yourself in SLC and wondering where to go for a bit of time under the night sky, read on. There are lots of (great) choices for where to go stargazing in Salt Lake City.

This post was originally published in July 2018, and was updated in January 2022.
Featured photo credit: Kate Wellington via Flickr

The Best Spots for Stargazing in Salt Lake City

Though most people wouldn’t think that Salt Lake City is a great stargazing destination, you’ll be surprised at your stargazing options throughout the city. Explore the map below to see some of the best stargazing spots within SLC, or some great options within a 60-minute drive.

The University of Utah South Physics Observatory hosts weekly star parties every Wednesday night. They are open to the public during this time. They have experts on hand who can assist you with whatever you may need, making this an excellent spot to do some stargazing.

It may seem surprising, but the Salt Lake Astronomical Society often uses Harmon’s Grocery Store parking lots for star party events. These lots can actually become dark enough for good stargazing opportunities. Some of the locations they’ve used in the past include South Jordan, Bangerter Crossing, Brickyard, Cougar, and 7th Street.

This is a popular park just outside of Salt Lake City. It’s also another frequent meeting place for the Salt Lake Astronomical Society. The park gets nice and dark and allows you to get a good view of the night sky.

The Wheeler Historic Farm consists of 75 acres of farmland. It was developed into a park in the year 2000, making it open to the public. It is also yet another meeting place for the Salt Lake Astronomical Society.

This park is popular for sports such as baseball and tennis. It’s isolated enough from the city’s light pollution to provide an excellent look at the night sky. Its location on South Mountain also gives you an up-close view of the stars.

Stargazing Spots Within One Hour of Salt Lake City

If you’re willing to drive up to one hour out of Salt Lake City, you can choose between mountains and deserts for what kind of night sky you want to see. Most of the top stargazing spots on this are east into the Wasatch Range; a few let you explore in other directions. Read on to see the details.

This park can be found in the mountains outside of Salt Lake City. It’s high elevation and dark skies make it an excellent spot for stargazing. It is also a certified Dark Sky Park, meaning you have a good chance of seeing the Milky Way while you’re there.

This is a great place for stargazers thanks to the BYU Astronomical Society. In addition to hosting planetarium shows, they also have star parties every month. Membership is open to everyone, regardless of your level of experience.

The Stansbury Park Observatory Complex is owned by the Salt Lake Astronomical Society and features some truly impressive telescopes. You can use them yourself during their numerous star parties throughout the year. You also have the option of reserving a telescope during times when they’re not having star parties.

Mirror Lake Highway is a scenic drive that takes you through numerous lakes and campgrounds. Its high elevation in the mountains provides a very clear view of the stars. Simply set up a telescope in one of its campgrounds and enjoy the view.

This park’s 7500-feet altitude makes it an excellent spot to grab a telescope and watch the stars. Along with stargazing, hiking and fishing are popular activities here. Keep in mind that there are no water or electrical hookups, and the road to get there can be a bit tricky to navigate.

Hidden Peak is a popular spot for skiing and snowboarding and is visited by thousands of people every year. Its clear skies and high elevation also make it a natural place for stargazing. For this reason, you can find weekly stargazing sessions here during the summer months.

Park City is a famous tourist destination that’s known for its ski resorts. Its high elevation and isolation from major cities also make it a great place to watch the night sky. It’s an excellent place to go if you’re looking for a stargazing spot with the comforts of a modern city.

Lookout Peak is an eight-mile-long hiking trail that can be found near the Salt Lake Valley. Along with providing an amazing view of the surrounding area, it also gives you a great view of the night sky. At almost 9000 ft., this is yet another spot that benefits from the high elevation.

Emigration Canyon is a very small town just east of Salt Lake City. Its isolation from the city means you won’t have to deal with too much light pollution. It can get pretty chilly at night, so make sure you dress appropriately before you go.

Like other cities we’ve profiled in our stargazing guide series, destinations up to two hours from Salt Lake City are ideal for stargazing. Near Salt Lake City, you can explore some of Utah’s natural wonders by day and pristine dark skies by night.

Along with being a great place to watch the stars, the Bonneville Salt Flats is an amazing attraction in itself. This massive salt pan covers over 30,000 acres. It’s also far removed from the city lights and offers a wide open view of the night sky.

Knolls is a small town located in the Great Salt Lake Desert. Its desert environment and lack of light pollution make it one of the best spots in the area to observe the night sky. When the conditions are right, it’s even possible to see the Milky Way without a telescope.

Antelope Island State Park is a beautiful park that’s known for its gorgeous scenery and abundance of wildlife. It’s also recently been certified as an International Dark Sky Park. It’s one of the best stargazing spots in the entire state and a must-see for those who want to see the Milky Way.

How Good is the Stargazing in Salt Lake City?

Stargazing in Salt Lake City is actually fairly decent thanks to the Salt Lake Astronomical Society. They’ve taken the time to find the best spots in the city for watching the stars. Of course, like any other major city, you’ll still have to deal with plenty of light pollution.

That said, you don’t have to drive too far for some excellent stargazing spots. Utah is one of the best states in the country for this activity. They’ve taken serious steps to protect the skies, and it’s easy to find dark, natural areas.

There’s really not a bad time to go stargazing around Salt Lake City. Each season has its advantages and disadvantages.

The skies are clearest during the winter months, but the nights can also be unbearably cold during this time. Spring and autumn are the most comfortable time to watch the stars. However, summer is when most astronomical groups have their events. Either way, keep in mind that nights will be chilly no matter what time of year you go.

Can You See the Milky Way in Salt Lake City?

Of course, you’re not going to see the Milky Way in the city itself due to light pollution. However, it is easier to see our galaxy in Utah than it is in most places.

Weber County North Fork Park and Antelope Island State Park are both Dark Sky Parks, making it fairly easy to see the Milky Way. You have a good chance of seeing it from Knolls as well. It’s also possible to see the Milky Way from many other locations on this list depending on the conditions. 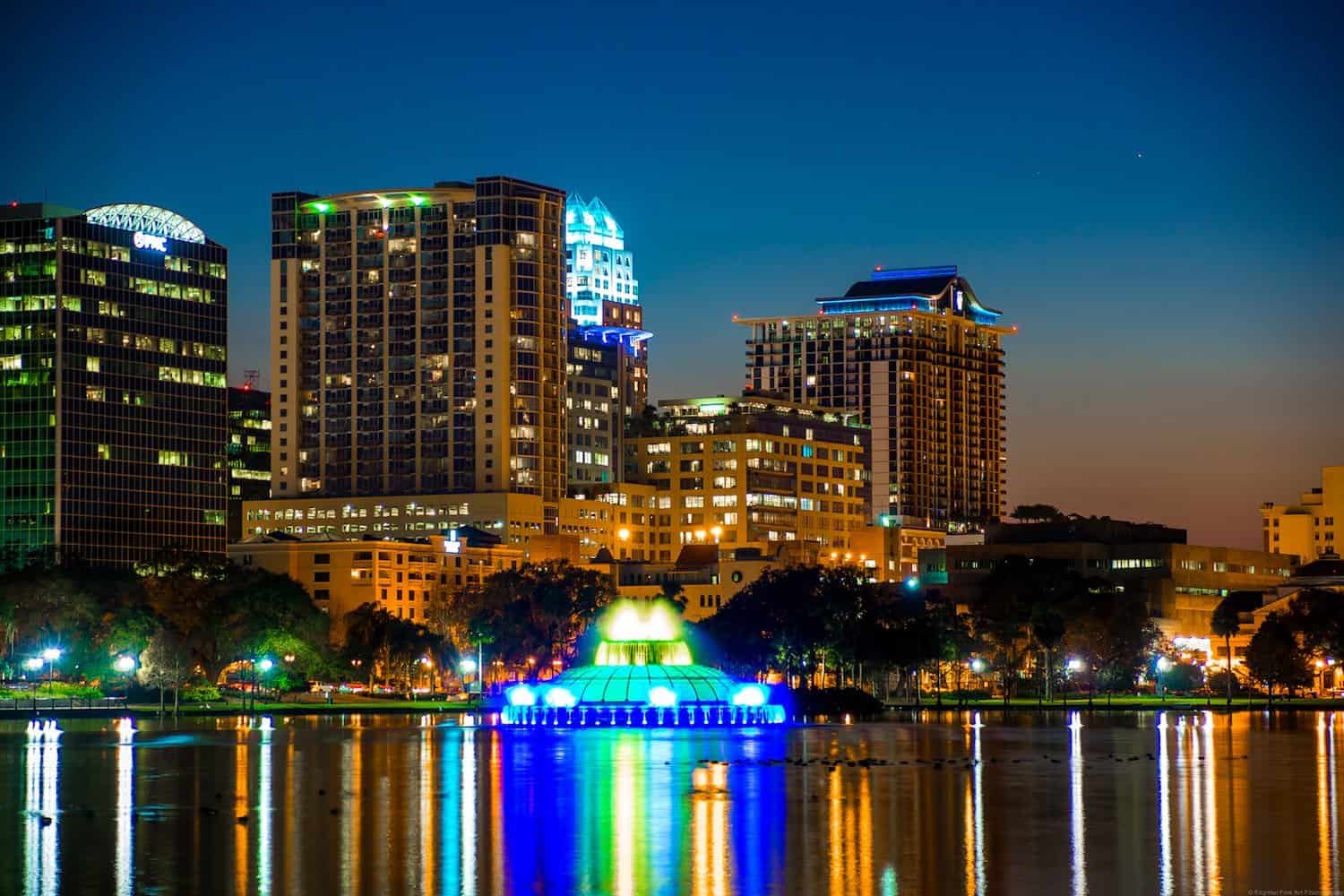 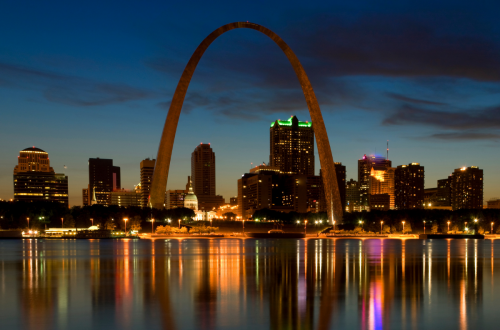