Among Texas cities, Austin is one of the most popular for travelers. With Texas charm but a distinctly modern vibe, Austin draws foodies, fashion fiends, and… space enthusiasts? Yes, it’s possible to be a space fan and find things to do – like stargazing – around Austin.

One great option to add a little space to your next Austin trip is to plan a night or two for stargazing. Read on to learn about some of Austin’s best stargazing spots in and around the city.

This post was originally published in June 2018, and was updated in November 2021.
Featured photo by Gino via Flickr

The Best Spots for Stargazing in Austin

Austin, which is home to nearly one million people, is understandably full of light and light pollution. Therefore, it’s pretty tough to go stargazing within Austin. See the map below for some in-city stargazing spots, as well as those within an hour of the city; read on to learn more about each place.

Star Parties at the University of Texas, Austin

Every Wednesday night, the University of Texas, Austin hosts star parties on the roof of its Robert Lee Moore Hall. Additionally, you can use their Painter Hall Telescope on Fridays and Saturdays. Stargazers of all ages can participate, and their Department of Astronomy can assist you if you have any questions.

The Austin Community College Hands-On Science, or ACCHaoS, has been known to host star parties a few times a year at the Highland Learning Center. These events are especially popular with kids if you have children that want to get into stargazing. Although it’s been a while since their last star party, you should still keep an eye on their website for upcoming events.

Stargazing Spots Within One Hour of Austin

If you’re willing to spend up to an hour in the car, you’ll be well rewarded with amazing opportunities for stargazing near Austin. As the city lights grow dim, the big Texas sky will light up with stars.

Blanco State Park is located about an hour from Austin in the city of Blanco. It’s a good place for camping, swimming, and of course, stargazing. It hosts a star viewing party called Stars in the Park on an almost annual basis.

Although Devil’s Cove at Lake Travis is most well-known for its party scene during big holidays throughout the year, it’s also a great spot to see the night sky. It’s a good place to go if you enjoy watching the stars in a more social setting. You can spend all day partying and all night watching the sky.

You can find the Roughs, also known as McKinney Roughs, only half an hour away from Austin in the town of Cedar Creek. It’s far removed from the big city’s lights, making it very easy to get a good view of the sky. The park also holds stargazing events several times throughout the year.

The Fountainwood Observatory has a high-quality reflecting telescope that’s used for research by the students and faculty. You can find it at Southwestern University in the city of Georgetown. The telescope is free to use and open to the public.

The Westcave Outdoor Discovery Center is a great dark sky location, making it among the best places to see the stars in the Austin area. They also host Star Party events on a fairly regular basis. Quality telescopes are provided during this time, and professional astronomers are available to answer any questions you might have.

Mansfield Dam Park is a popular recreational area by Lake Travis. Although the park itself closes at night, authorities are usually okay with stargazers. Also, the Austin Astronomical Society gathers here to observe the stars on the first Friday of every month.

Granger Lake Dam is another dam location that’s great for stargazing. It has a massive view of the sky and is far removed from any of the city’s light pollution. It’s also known as a great fishing location if you’re looking for something to do while waiting for the sun to go down.

This is another park that’s great for camping, fishing, and swimming. Its dark skies and open views also make it a fantastic spot for stargazing. In fact, it’s not unusual to get a view of the Milky Way when you’re here.

Friendship Park is a popular campsite located by Granger Lake. Although RV’s are not allowed here, you are allowed to use a tent. This is great if you’ve always wanted to spend the night under the stars. The nights are dark, and you won’t have to worry about light pollution interfering with your view of the sky.

Within two hours of Austin, you can get to some almost pristine stargazing places, including an International Dark Sky Park and the go-to spot for the Austin Astronomical Society.

Enchanted Rock State Natural Area is widely regarded as one of the best places to go stargazing in Texas. It is recognized as an International Dark Sky Park and is a great place to see the Milky Way. The Enchanted Rock Star Party is also held here on an annual basis.

Canyon of the Eagles Resort

Canyon of the Eagles Resort is a gorgeous resort located by Lake Buchanan. The Austin Astrological Society meets here on a weekly basis to observe the sky. They have up to 29 different stations available where you can set up your telescope and watch the stars.

Inks Lake State Park is located by Inks Lake and is just over an hour from Austin. They frequently host Night Sky Parties along with the occasional Starry Sky Night Hike. These events are free, and you’re welcome to bring your own telescope.

The Eagle Eye Observatory can be found by the Canyon of the Eagles Resort in Burnet, TX. It comes equipped with both a 16 inch Cassegrain telescope and a 12.5-inch Newtonian telescope. Both of these are open to the public on a monthly basis.

How Good is the Stargazing in Austin?

You actually won’t have a difficult time finding good stargazing spots if you live in Austin. Although light pollution will make it difficult to see the stars within the city itself, you don’t have to travel too far for good stargazing opportunities.

The state of Texas, in general, is one of the best places in America to observe the stars. There are a lot of natural parks and other areas where steps are taken to protect the night sky. It’s also much easier to find good spots around Austin than other big cities like Dallas or Houston.

Best Times of Year to Go Stargazing near Austin

Stargazing in Texas is relatively good all year round. However, it’s best to wait until spring or autumn for the best stargazing opportunities. The months of April to May and September to October are great months for stargazing in Austin.

You’ll also want to wait until there’s a new moon. This will ensure that the sky is at its darkest.

Can You See the Milky Way in Austin?

If you live in Austin, you’re probably not going to see the Milky Way from your backyard. The city’s light pollution will keep you from getting a good view of our galaxy.

That said, the previously mentioned Enchanted Rock State Natural Area is an official Dark Sky Park and is only an hour and a half away from Austin. This will give you your best chance of seeing the Milky Way. You’ll even have a decent chance of seeing it from a few other spots on this list.

Do you have other questions about stargazing in and around Austin? Ask in the comments. 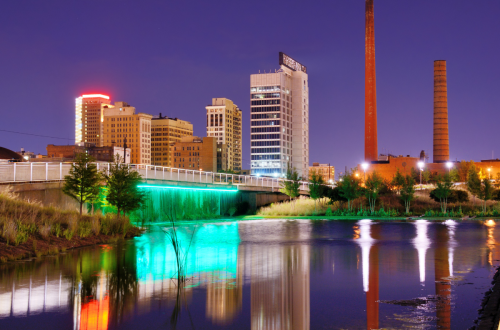 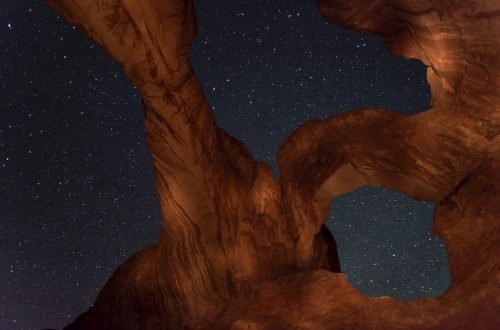