When it comes to sightseeing in the United States, Arizona doesn’t typically make the list. Sure, there’s the Grand Canyon – and that is definitely a crowd pleaser –, but most people flock to the coasts and the big cities when they’re exploring the U.S. That is, unless you’re a night sky fanatic, and you want to go stargazing in Arizona. Then you already know that Arizona’s one of the best places in the country to do so.

Below you’ll find a sample of some of the best stargazing spots in Arizona, but this barely scratches the surface. Arizona is home to over a dozen certified dark sky places plus countless others where you can camp or stay for a night and see the wonders of the night sky above.

Even better, Arizona’s great climate ensures clear skies and low humidity pretty much year round (outside monsoon season July to September), so your forecast is likely clear.

If you want to go stargazing in Arizona, use these 18 awesome spots as inspiration – and plan your stargazing trip to whichever one calls out to you.

In this post, I promote traveling to a destination that is the traditional lands of the Pueblos, Ndee/Nnēē: (Western Apache), Hohokam peoples, among others. With respect, I make a formal land acknowledgment, extending my appreciation and respect to the past and present people of these lands. To learn more about the peoples who call these lands home, I invite you to explore Native Land.

This post was originally published in September 2019, and was updated in January 2023.

If you want dark skies 24/7, there’s one place you can find it: Arizona Sky Village. This community is so dedicated to protecting the dark skies that it’s one of the best places in the country to see the stars as a result.

Don’t be surprised if you meet amateur astronomers and astrophotographers if you spend an evening in Arizona Sky Village. It’s one of those places where residents will all support your nocturnal habits.

The best places to view the night sky at Chiricahua are the Faraway Ranch and Echo Canyon parking lots, both offering wide, unobstructed sky views. Grab your telescope, head outside, and let the immensity of the cosmos wash you over with its beauty.

Both Grand Canyon National Park and nearby Grand Canyon-Parashant National Monument are certified Dark Sky Parks, but we don’t need to tell you that this is one of the most popular stargazing spots in the whole United States.

The Grand Canyon draws astrotourists all year long, especially in the month of June when they host their annual star party. This events draw thousands of visitors each year and gives you a chance to spend time with astronomers and unlock the wonders of the night sky while standing near one of the wonders of the natural world.

As the name suggests, the magic happens underground in Kartchner Caverns State Park. But this park has a few surprises going on above ground as well.

Kartchner Caverns State Park enjoys a privileged location in the Sonoran Desert, isolated from the pesky city lights. There are campgrounds and cabins where you can spend the night and head out to discover the cosmological show that’s taking place above your head.

Kitt Peak is a major observatory just over 50 miles from Tucson, Arizona. It is considered to be the single most diverse collection of astronomical instruments in the northern hemisphere.

Kitt Peak is home to 22 optical telescopes and two radio telescopes, and its visitor center is open to the public on a daily basis.

Lowell Observatory is located outside Flagstaff, the closest large city to the Grand Canyon. Among those who love astronomical history, it’s also known by a specific nickname: “The Home of Pluto.” You see, astronomer Clyde Tombaugh discovered the dwarf planet Pluto from Lowell Observatory in 1930!

Today, you can visit Lowell Observatory to learn more about astronomy topics (including Pluto!) and interact with exhibits on topics including the important role Lowell Observatory played in the Apollo program and the research which helped us understand how our universe is expanding. Of course you can also visit for both solar observations and evening stargazing every day of the week except Sundays.

Note that McDowell Mountain Regional Park does close officially at sunset, so this is best for sunset, twilight, and early night stargazing.

If you can imagine one of the country’s most iconic landscapes, it might be Monument Valley Navajo Tribal Park. This stunning landscape was carved by wind and water over the millennia, today it’s a massive open space with rock formations to admire during the day – and outrageously beautiful night skies overhead at night.

Monument Valley is part of the Navajo Nation, which means you’ll need a guide and tribal permission to visit the land and stay overnight. It’s well worth it for those views though!

Mount Lemmon SkyCenter is known for having some of the largest public telescopes in the country. They also offer stargazing events on virtually every night of the year. This is simply one of the best stargazing spots in Arizona – and really, in the country! – and is a place you can’t afford to miss.

Nestled in the shadows of the Catalina Mountains, Oracle State Park is an excellent place to watch the night sky in Arizona. The park isn’t open for overnight stays. However, you can still visit its American Avenue parking area, which is available after dark.

Also, Oracle has plenty of accommodation options where you can spend the night.

The beauty of Petrified Forest National Park is as inspiring as it is humbling. This colorful desert that once was a lush forest is a great example of how nature evolves and life is in constant transformation.

Know that this park calls out for your adventurous self. The best way to stargaze here is to get a camping permit for one of the backcountry campgrounds and stay for the night. You won’t regret it.

Saguaro National Park is named after the large species of cacti that can be found in the region. Like the other places on this list, you can find star parties being hosted here on occasion. There’s very little light pollution, and you get a wide open view of the sky at night.

To visit Saguaro National Park, you’ll need an America the Beautiful Pass; make sure you carry it with you at night in case you find rangers on patroll.

Sedona is easily one of the best Dark Sky Communities in the world – as you well know if you’ve read our Sedona stargazing guide. Surrounded by towering red rocks that draw crowds during the day, the town of Sedona is in a desert community with high altitudes and clear skies almost every night. As a result, there are are also Sedona stargazing tours and events where you’ll have access to expert astronomers and state of the art equipment.

One of Arizona’s dark sky parks, Sunset Crater Volcano is just fourteen miles north of Flagstaff on U.S. 89. Despite its closeness to see the city, it is one of the best places to stargaze in Arizona. The planets, stars, and constellations sprawl against the otherworldly landscape of the volcanic fields, offering some of the most photogenic views of the dark sky.

The park closes at sunset, but the roads and trails are open 24/7. You can drive around the area or explore the trails to find a suitable spot for your stargazing session. If you’re camping, make sure to stay at the Bonito Campground.

Tonto National Monument is gifted with astounding views in every corner. The property shows off the ruins of the Salado people. During the way, climb over to the cliff dwellings and absorb the stunning views of Roosevelt Lake.

At night, stay at the campgrounds. No need for a fancy telescope or binoculars. The skies here are so dark and the stars shine so bright that your eyes are more than enough.

Tumacácori National Historical Park is a rich and beautiful piece of Arizona history. It houses the ruins of three Spanish missions and stands at the crossroads of many different cultures.

The park offers a nice variety of activities to explore and appreciate the dark sky throughout the year. You can book their Moonlight Hike, Starry night tour, or Mammals, Birds, and Bugs experience to learn about the nocturnal creatures that call the park home.

Verde River Greenway State Natural Area is well worth it if you want to see the stars, especially if you’re on a stargazing road trip north to Sedona or Grand Canyon.

Verde River Greenway State Natural Area is far removed from any light pollution, making it an ideal spot for stargazing. Fishing, swimming, and kayaking are also popular activities here during the day, and you can stay in the nearby Dark Sky Community of Oak Creek overnight.

Walnut Canyon National Monument is another of Arizona’s dark sky parks. The park closes at sunset and camping isn’t allowed. Nonetheless, you can still drive around the property’s surroundings, where you’ll find tons of spots to pull over and soak in the galaxy.

Continue for a few miles on Highway 89 and you’ll reach Wupatki National Monument.

Astronomy buffs are well acquainted with the indescribable feelings stargazing elicits. However, seeing the Milky Way stretching over the sky against the ruins that the Ancient Pueblo people once called home feels very close to a mystical experience.

It’s also worth visiting under the daylight to get a sense of how amazing the building, and the culture that built it, was.

There are loads of other great stargazing spots in Arizona – which ones did we miss? Which one is your favorite? Let us know in the comments. 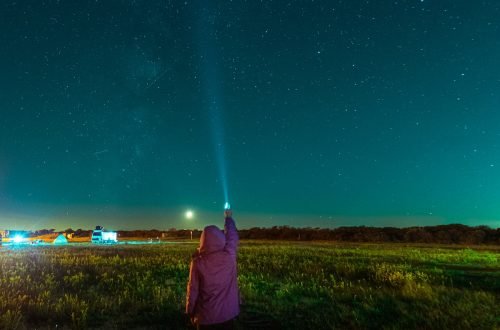 9 Marvelous Spots for Stargazing in Maryland 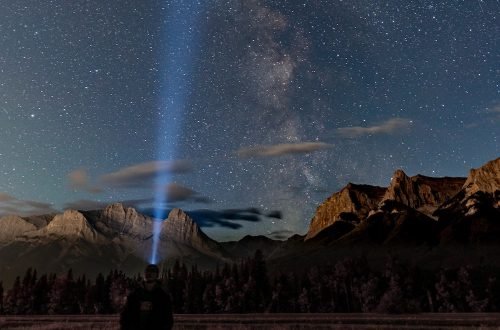 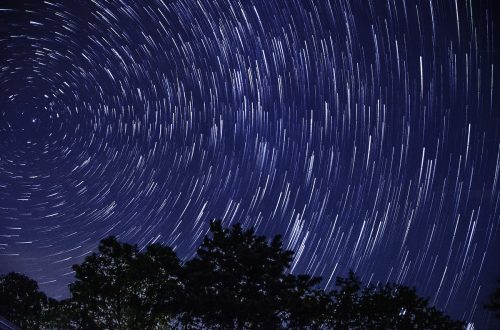 13 Choice Spots for Stargazing in Connecticut