Beautiful countryside, delicious fika and coffee breaks, and the chance to see the world’s best aurora from an ice hotel… Who’s in? Canada, Norway, and Iceland may get all the limelight, but Sweden is a great destination for seeing the northern lights – and it’s much less crowded during the aurora season since people flock to other countries.

If you’re looking for a winter destination and want to see the northern lights at the same time, consider planning your trip to Sweden. You can base your travels in Stockholm then venture north into Lapland to the Ice Hotel in Jukkasjärvi or the Aurora Sky Station in Abisko National Park. If you’re visiting Sweden as part of a wider tour of Europe, you can even see the aurora from the Swedish capital on a good night.

This post was originally published in May 2018 and was updated most recently in October 2022 for the coming winter.

If you’ve made it to this post, you probably already know what the northern lights are. In case you’re not familiar with the science behind this amazing astronomical phenomenon, here’s a quick explanation.

In short, the sun is constantly emitting particles. When electrically charged particles from the sun collide with gases in the earth’s atmosphere. As these collisions occur in different gases, light is produced in a variety of colors, depending on the altitude of these collisions – this is the aurora!

When to See the Northern Lights in Sweden

While the aurora occurs year round, it’s not always possible to see them throughout the year due to the way earth tilts on its axis. In countries like Sweden which are high on the globe, long (seemingly endless) days prevent the sky from getting dark enough to see the aurora during the summer months.

The Best Places in Sweden to See the Northern Lights

If you’re hoping to photograph the aurora during your trip, be sure to check our guide to aurora photography for tips.

With its clear skies and mountainous landscape, Abisko National Park provides a very good opportunity to see the Northern Lights. This is especially true during the winter months. The park is located far away from any city lights which might interfere with your view. Its dark skies also make the Aurora Borealis especially vivid at night.

Although you’re likely to see them anywhere in the park, you can increase your odds by visiting the Aurora Sky Station. Not only is their observation tower in a prime location for viewing the lights, they also have experts on hand who can answer any questions you might have. In fact, this is considered to be one of the best places on the planet to see the Northern Lights. If you really want the best chance of experiencing the Aurora Borealis in all its glory, then this is where you want to go.

Kiruna is the northernmost town in the province of Lapland. As such, the city is separated from much of the light pollution that would block your view of the Northern Lights. The city offers a number of different tours for seeing the natural phenomenon. These include snowmobile tours and husky tours. It also has the Esrange Space Center, which is a major center for studying the Aurora Borealis.

Jokkmokk is another northern town in Lapland where you have a good chance of seeing the Northern Lights. The town is well-known for being close to nature and for its long history with the Sámi people. Additionally, it’s home to the annual Winter Market, a tradition of the Sámi people that’s been going on for 400 years. It’s a great place to do some shopping and experience some culture while waiting for the Northern Lights to appear.

The small, northern town of Jukkasjärvi is famous for being the location of the world’s first Ice Hotel. This is a hotel that’s built entirely out of ice and snow every year. Needless to say, this is unlike any other accommodation you’ve ever seen. The hotel has a few different tours available for seeing the Northern Lights such as a safari and photography tour. It’s a truly fascinating place to stay while you wait for the Northern Lights to appear.

Luleå is a coastal city in Lapland and one of the largest cities in the province. It also has an archipelago of over 1300 islands, all of which are good for viewing the Northern Lights in the winter or fall. All of these islands can be reached by snowmobile or dog sled, and the further north you go, the better chance you have of seeing them. Overall, Luleå is a good spot if you prefer the comforts of a big city when trying to see the Aurora Borealis.

Porjus is a small town that’s just north of Jokkmokk. While you’re there, you have the option of staying in a mountain cabin or lodge. Both of these are situated in areas where you’re likely to see the Northern Lights. It’s a great way to reconnect with nature while waiting to see one of the greatest natural phenomena. The town also has live webcams of the sky, so you’ll know when the Aurora Borealis is making an appearance.

Tärendö is a very old, small town in Norrbotten County that dates back to 1620. Its sparse population means you won’t have to worry about any light pollution interfering with your view. Its geography is also relatively flat, which gives you a very clear view of the sky. There’s also a forest hotel you can stay in while you’re there, which features a sauna and a hot tub.

Can You See the Northern Lights in Stockholm?

Admittedly, most travelers who visit Sweden in the winter months are there to see the northern lights. But maybe you don’t have enough time or funds to travel north to Lapland, and still want to see the aurora.

It is possible to see the northern lights in Stockholm, based on the intensity of the aurora as well as how clear the skies are. As Stockholm is a major city, there’s a lot of light pollution, and even a little bit of cloud cover will make it much harder to see any of the lights. You can even see the aurora as far south as Gothenburg on a clear night of intense solar activity in the atmosphere.

Like many natural phenomena, the northern lights are never guaranteed. Even on a night where you should be able to see them based on forecasts and predictions, you still might not be able to!

To increase your chances, try checking a website like Service Aurora, which has a cool flash animation and hourly predictions of aurora strength, or the University of Alaska Fairbanks website, which has a page specific to predicting the aurora in northern Europe (including Sweden).

In the end, it’s best to try and plan for a few nights to see the aurora – a window of two or three nights will increase the opportunities that the skies will be clear and the aurora will be visible.

Tours to See the Northern Lights in Sweden

Sweden is a popular destination to see the northern lights. This is great because there are lots of tour providers to help visitors have this experience. Here’s where you can start your research:

Have other questions about seeing the aurora in Sweden? Let me know in the comments! 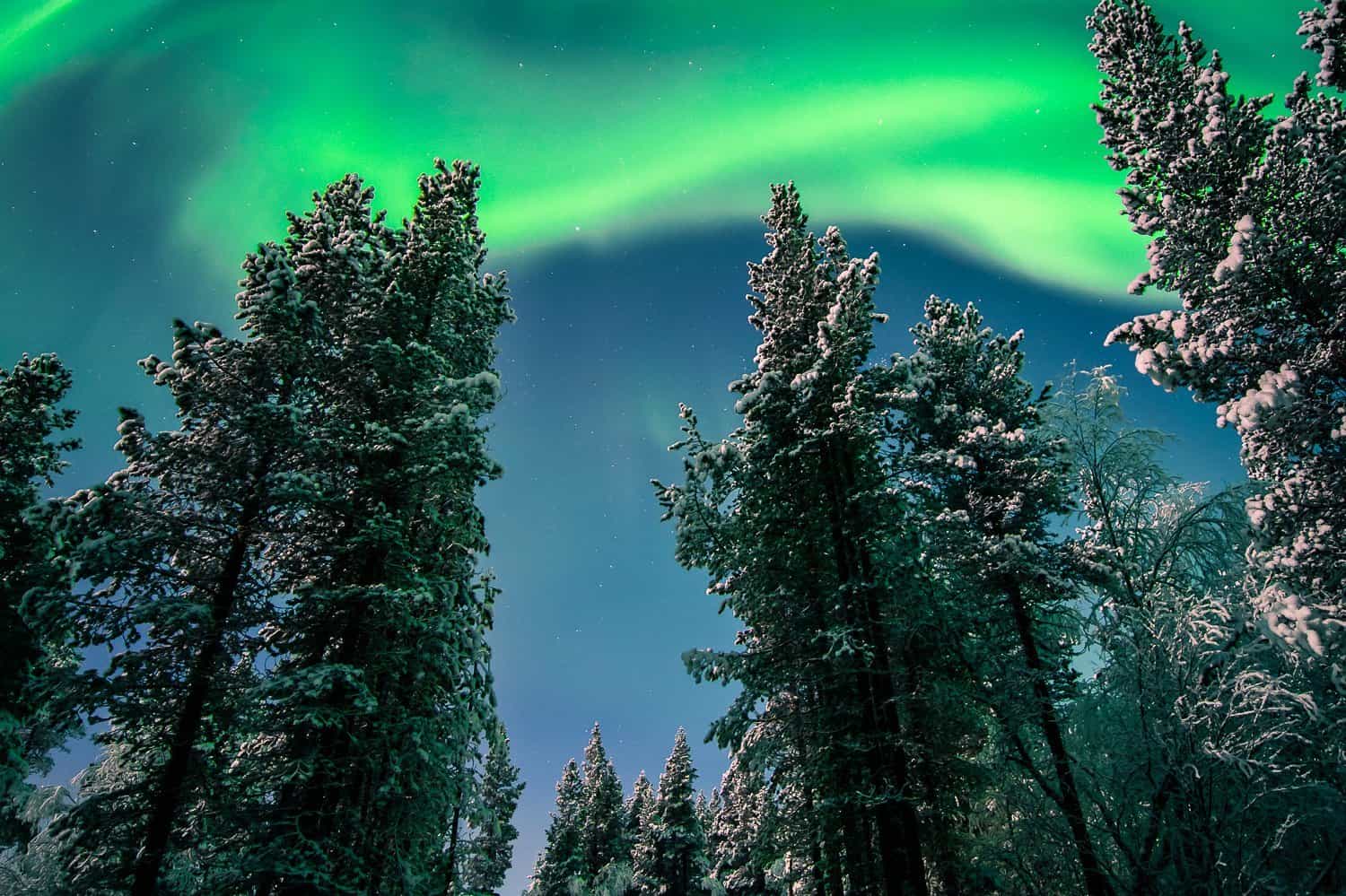 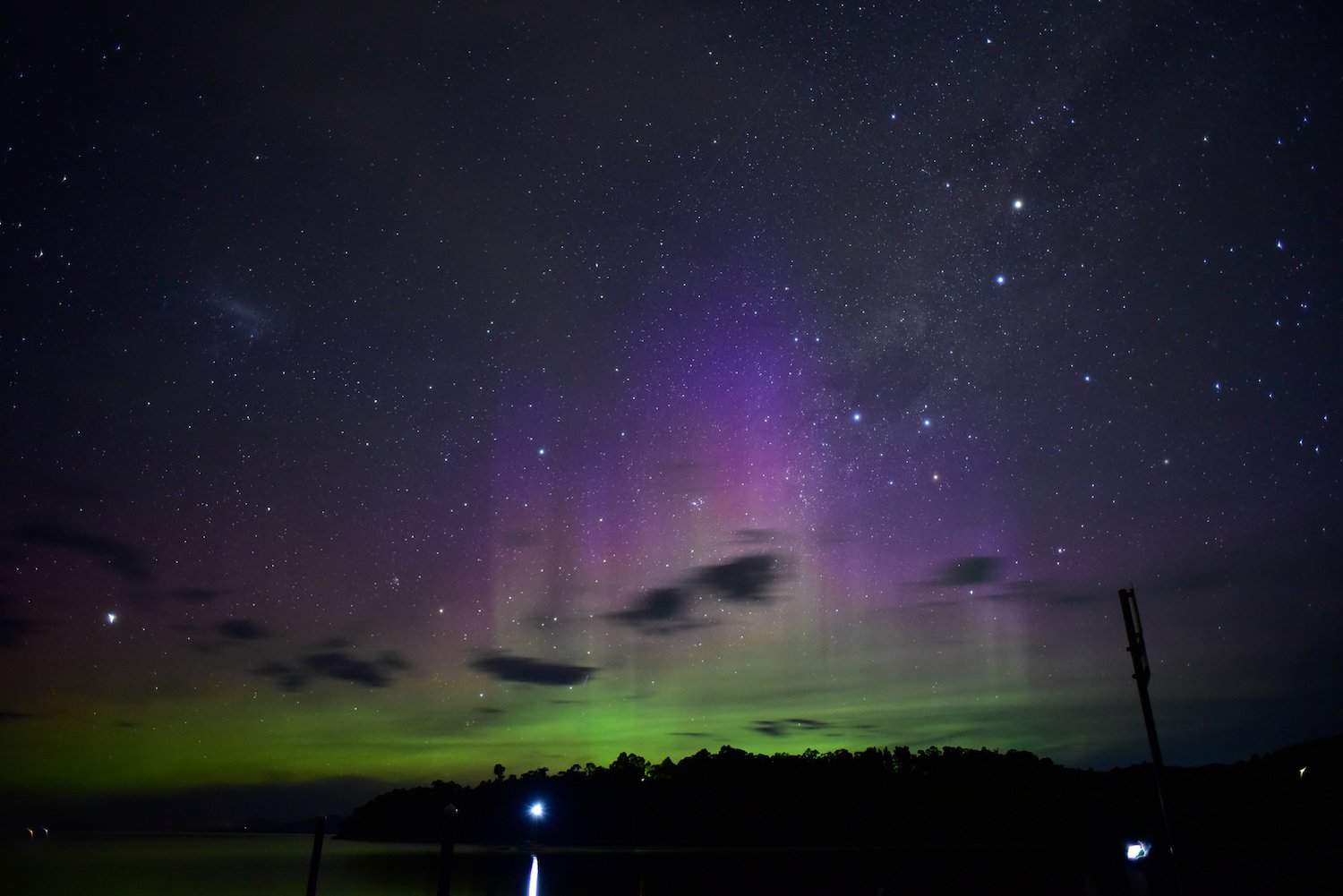