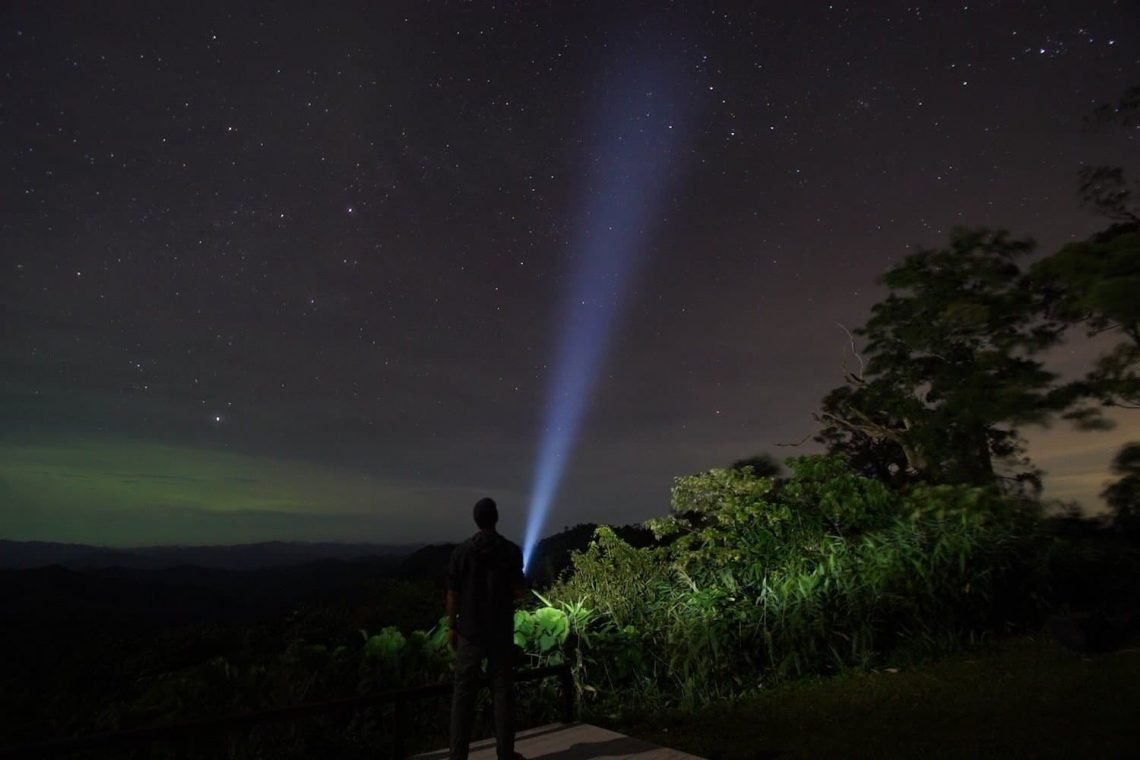 In the northern hemisphere, October evokes thoughts of crunchy leaves, jack-o-lanterns, and yes, even those pumpkin flavored drinks and treats. It also signals a full turning of the seasons; after the equinox in September, we’re into aurora season – and it turns out to be meteor season too! This year, the October night sky is going to be a great one.

As in years past, October is meteor season – there are seven meteor showers that reach peak activity during the month! There are also chances to see asteroids, dwarf planets, and other planets in our solar system too. Be sure to mark your calendar for October 21st, the peak of the Orionids meteor shower and highlight of the month.

Before jumping into the list, I want to provide some recommendations for telescopes and binoculars; some of the events this month will require having one if you want to see them. I have guides based on price, whether you want to buy a solid telescope under $300 or splurge on a one of the best telescopes under $1000 instead. If you’d rather use astronomical binoculars, I have a guide to binoculars under $100 and under $1000.

Ready to learn more about what you can see in the October night sky this year? Read on for 13 of the most interesting astronomical events and viewing opportunities in the night sky in October 2021.

This post was originally published in September 2018, and is updated annually – most recently in September 2021.
Featured photo by Ryan Kartzke via Flickr.

Cetus is a popular constellation this month, as you’ll see that several events and night sky objects will be visible in it; the first is the asteroid 40 Harmonia, which reaches opposition on the night of October 1st and kicks off an impressive list of night sky events in October.

40 Harmonia is a large main belt asteroid that’s astonishingly round, by meteor standards. It doesn’t reach a strong brightness at any point in its 3.42 year orbit, but is best viewed at opposition – when the alignment between sun, earth, and asteroid mean it’s most brightly lit. Grab your telescope or binoculars for this one!

Unfortunately, the October Camelopardalids aren’t the most active and only peak at a maximum Zenithal Hourly Rate (ZHR) of 5 meteors per hour. However, the fact that it’s a New Moon on the night of October 5th makes it a great night for stargazing anyway, and if you’re already out there, you might spot some Camelopardalids too!

Radiating from the constellation Draco, the dragon, this northern hemisphere constellation will be spotted near the bright star of Vega. In 2021, the meteor shower is expected to peak during the daylight hours on October 8th, so your best viewing prospects will be before dawn or after dusk on that day; evening will be better than morning.

The Draconids meteor shower isn’t as active as other meteor showers, with a variable ZHR each year* – especially compared with the Orionids later in the month. Luckily, the relatively young moon (12% illuminated waxing crescent) will prevent little light obstacle to viewing as many of these meteors as you can.

*The Draconids are exceptionally unreliable when it comes to predicting meteor activity. Most years it is a minor shower; in some years it exceeds the super-active Perseids and Geminids – and in 2011, astronomers reported over 600 meteors per hour during the peak!

Bright Venus and a sliver of crescent moon? Sounds like a great astrophotography opportunity!

On the night of October 9th, a three-day-old Moon will make a close visual approach with bright Venus; they’ll appear just 2°51′ apart in the sky at their closest, though most people won’t be able to view them until later when the dusk fades.

All that said, the best night to see the Southern Taurids will be on October 10th this year (the Northern Taurids will peak on November 11th). On this night you can expect to see a maximum of 5 meteors per hour. The moon will be approaching its first quarter phase, and only 27% illuminated, better aiding your chances to see these meteors.

There’s been some debate over when the Southern Taurids will peak this year – some sources say either October 10th, November 2nd/3rd, or November 5th. Astronomers aren’t quite sure about when this long, relatively wide band of debris really “peaks” which is what fuels the debate, but all of those dates sound like great nights to get out and go stargazing!

Going for BINGO on the meteor showers this month? Here’s another chance to see more: the δ-Aurigid meteor shower will peak on the night of October 11th. We’ll be honest though: Delta Aurigids aren’t the most stimulating, with a maximum ZHR of 2 per hour. Just keep an eye out for them if you happen to be out stargazing this night anyway.

Has anyone else noticed how very far apart Saturn and Jupiter seem to be lately? After witnessing the Great Conjunction almost a year ago, I’ve felt a bit sad that the two gas giants in the solar system drift further apart – at leas from our earthly perspective!

On the night of October 14th, Saturn will get a chance to appear near the Moon instead. They’ll appear just 3°56′ apart in the sky, and the Moon’s first quarter phase will make for nice viewing prospects.

The next night, Jupiter gets its chance to appear closest to the Moon in the night sky. A nine-day-old Moon will pass just 4°08′ south of Jupiter in the sky, giving you a nice chance to see these two solar system objects in close proximity. (Saturn won’t be far either, if you missed a chance to see it the night before.)

Love dwarf planets? Here’s a chance to spot one this month: massive, distant Eris will reach opposition on the night of October 17th. This night, it will appear bright in the night sky, but you’ll need a telescope to spot it. Use a night sky app and look in the constellation Cetus to find Eris.

Another night, another chance to see meteors! On the night of October 18th, the ε-Geminid meteor shower will peak at a maximum ZHR of 3 per hour. While the Epsilon Geminids aren’t particularly thrilling, those you see will be easy to spot with small waxing crescent moon and offer a good warm-up for the Orionids in a few days.

The greatest night sky event in October is undoubtedly the Orionids meteor shower, which is expected to peak on October 21st this year. While the meteor shower occurs from October 16th to 30th, there may be up to 21 meteors per hour during the shower’s peak (likely in the early morning hours of the 21st).

The Orionids are easy to spot since they originate from a point in the night sky near the highly-recognizable constellation Orion. Look for Orion in the eastern sky if you’re trying to see this meteor shower. The moon will be located in the southern sky and hopefully won’t create too much light interference.

I love mentioning each ideal opportunity to see tiny Mercury, as I think it’s one of the most overlooked planets in the solar system, and it does have a lovely regular viewing cadence (every 3–4 months).

On the morning of October 24th, you’ll have another chance to spot Mercury as it reaches its highest point in the sky before the rising sun. Mercury will reach a peak of 17° above the eastern horizon before the sun rises that morning, and is visible to the naked eye if you want to go spot this tiny member of our celestial family.

Not over trying to spot meteors yet? Here’s your last chance in October! If you’re already awake trying to spot Mercury on the morning of October 24th, keep your eyes peeled for shooting stars too. During the pre-dawn hours, the Leonis Minorid meteor shower will peak.

The Leonis Minorids aren’t particularly active, and the maximum ZHR is roughly 2 per hour. This lesser meteor shower appears to radiate from the constellation Leo with bright Regulus to help you find the area of the sky.

Have questions about any of these October night sky astronomical events? Let us know in the comments. 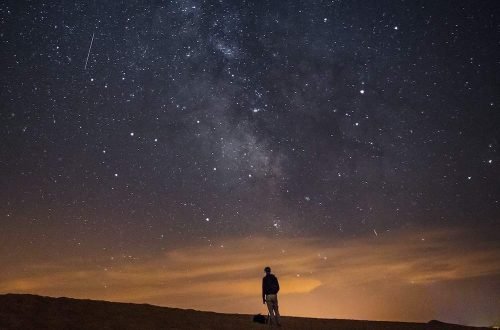 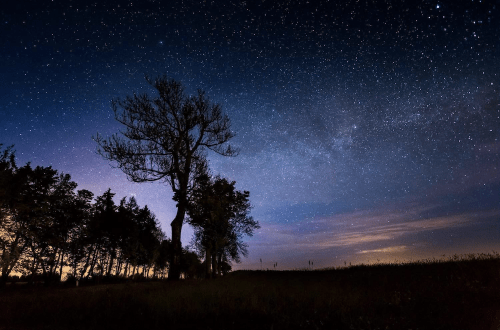 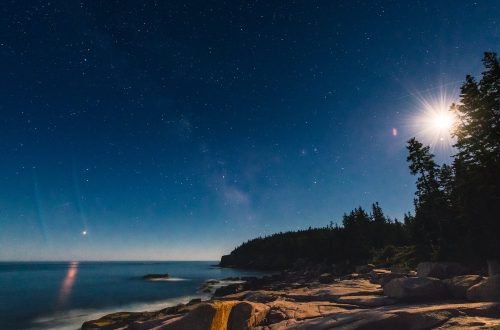