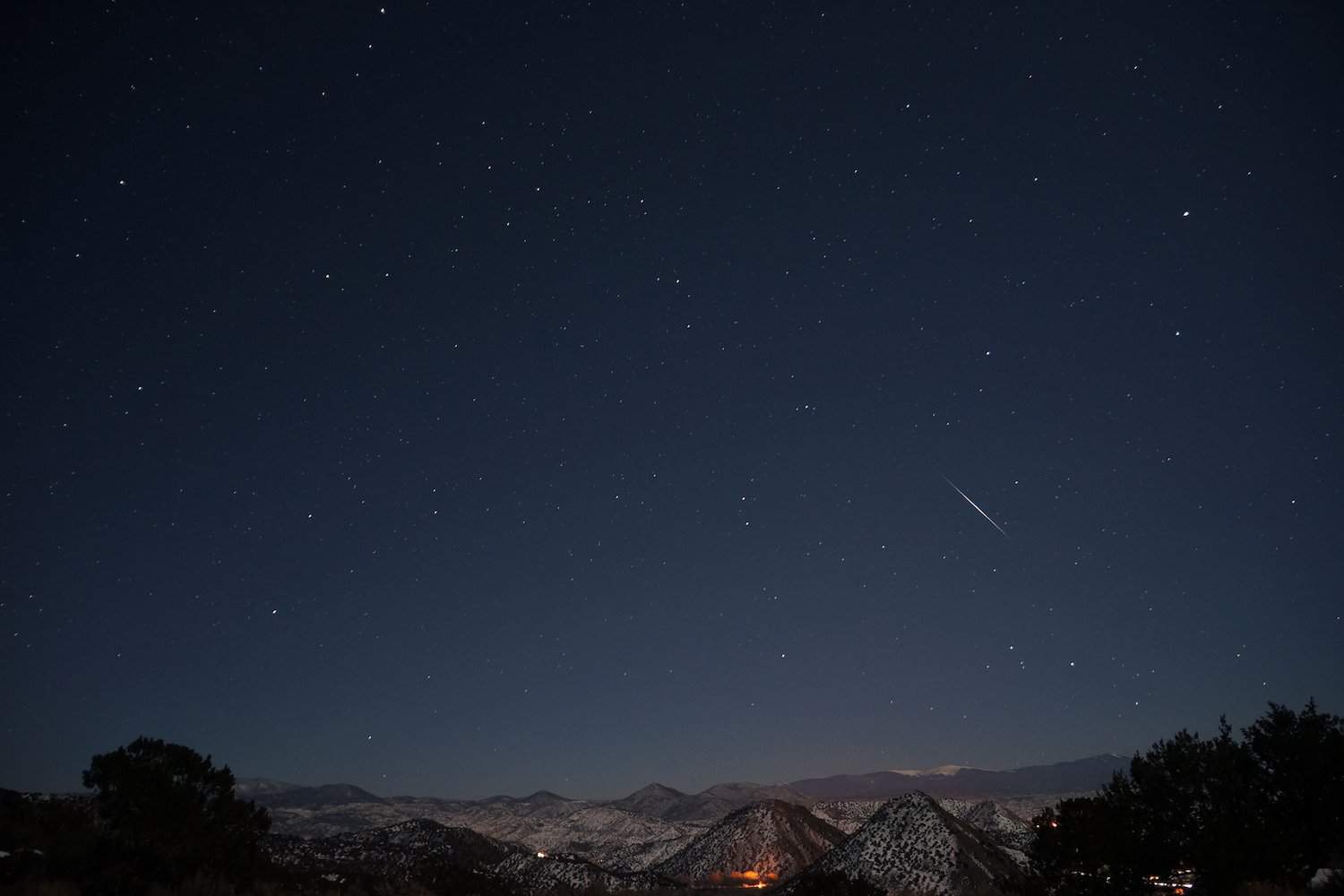 Happy New Year! As 2021 kicks off, it’s a great time to make a resolution: to go stargazing and appreciate the night sky more! While January has fewer night sky events than December, it’s still a great chance to start the new year out with some quite solitude under the star.s

In particular, the January night sky offers the chance to see several neighboring (and more distant) planets, as well as some meteors and two asteroids. It’s not the most bombastic month, but there’s plenty to enjoy!

Did you know? These are just a few of over 130 astronomical events worth seeing in 2021! There are many other interesting events and good nights for stargazing all year.

The first astronomical event of 2021 is actually not one you can see; the earth will reach its closest to the sun (perihelion) on January 2nd.

On this day, we’ll be at the closest point to the sun in our orbit, just 0.98 AU from the sun. (This is compared to aphelion in July when we’ll be 1.02 AU from the sun.) It’s proof that even our orbit is not completely circular; it’s elliptical.

For the first astronomy event you can see this year, there’s a meteor shower to look for. The Quadrantids, the first meteor shower of the year, is expected to peak on January 3rd. On that night, look for a maximum of 80 meteors per hour radiating from a point in the northern sky. It’s important to note that the Quadrantids, while an active shower, may see maximum activity for only a few hours on the peak night.

As a tip, you don’t need to look at the northern sky to see the meteors. Instead, scan the whole northern half of the sky to try and see these somewhat faint meteors as they appear.

January 10 – Conjunction of Neptune and Ceres

Want an excuse to pull out that new telescope or binoculars you got for the holidays? Here’s your first opportunity: on the night of January 10th, distant Neptune and dwarf planet Ceres will be in conjunction. Neptune will pass within 8°37′ to the of Ceres in the constellation Aquarius.

You definitely need magnification to see these two solar system objects, and they won’t appear close enough together to fit within the single view field of a telescope or binoculars (unlike the Great Conjunction). The best way to find them is through a star-finder app (we prefer one called “Night Sky”) or using your telescope’s star-tracker function.

January 11 – Conjunction of the Moon and Venus

Following Neptune and Ceres the day before, the Moon and Venus will be at conjunction on the morning of January 11th. The ideal time to see the pair will be in the dawn hour, when they’ll appear 1°29′ apart. Again, this is too wide for the field of a telescope or binoculars, but this is also an astronomical event you can view with your unaided eye.

Look for the pair low in the southern sky before the sun rises; the Moon will be a waning crescent sliver at just 2% illuminated – a beautiful sight with bright-shining Venus.

January 14 – Conjunction of the Moon and Mercury

Next up, the Moon gets cozy with Mercury, under a similar set of viewing circumstances. The Moon and Mercury will be at conjunction on the evening of January 14th; they’ll appear 2°19′ apart. The Moon will be just one day old, a waxing crescent. This is a good opportunity to try and spot Mercury after the sunset if you have a good, clear view of the southwestern sky.

If the full moon or cloudy skies cause an issue with spotting the Quadrantids earlier in the month, you might try to spot the less impressive γ-Ursae Minorids. The Gamma Ursae Minorids appear to radiate from the constellation Ursa Minor, near the bright north star of Polaris.

This meteor shower runs from January 15-25 in 2021, and is expected to peak on the night of January 19th. On this night you might spot as many as 3 meteors per hour. Obviously this isn’t very many, but the sky will be pretty dark as the moon is in its waxing crescent phase. It’ll be a nice night for stargazing anyway even if the meteors aren’t as frequent as other night of the year.

Mars is always easy to spot in the night sky. But, there’s nothing quite like seeing it make a close visual approach with another celestial body. In the pre-dawn morning of of January 20th, you can see Mars move within 5°03′ of the first quarter moon. They’ll appear together around midnight local time.

These two will appear too far apart to fit within the single view of a telescope or binoculars. However, you’ll be able to spot both with your eyes and jump between them easily to admire them both.

Throughout 2021, there are several nights where you can see asteroids at opposition. What this means is that the asteroid will be opposite from the sun with the earth in the middle; it also means the asteroid will appear at its brightest of the year.

On the night of January 21st, the first asteroid of the year to look for is 15 Eunomia. Astraea was discovered in 1851 by Italian astronomer Annibale de Gasparis. It is the largest of the stony S-type asteroids, and ranks somewhere between the 8th- and 12th-largest asteroid in the main asteroid belt.

Eunomia will be located in the constellation Cancer on its night of opposition; use a star-finder app to locate it and view with a telescope or binoculars.

January 21 – Conjunction of Mars and Uranus

While Uranus can be seen unaided under pristine dark sky conditions, most of us live in places that are too light polluted to ever spot this distant ice giant. Instead, it’s a great opportunity to see Uranus when it appears in conjunction with other visible planets, such as on the night of January 21st.

On this night, Mars and Uranus will be in conjunction. They’ll appear within 1°43′ of each other in the evening sky after sunset. To spot the pair, which will be in the constellation Aries in the southern sky, use Mars to train your telescope or binoculars in the area, then a star-finder app to hone in on methane-blue Uranus.

The January night sky may not have a bunch of exciting astronomy events, but it does have two opportunities to spot asteroids – maybe that’s something you want to try and do more of in 2021!

On January 24th, asteroid 14 Irene will be at opposition. 14 Irene is one number before 15 Eunomia (which you could see at opposition earlier this month) because it was the asteroid discovered directly before Eunomia in 1851. English astronomer John Russell Hind and his prodigious unibrow discovered this large main-belt asteroid.

To spot Irene with your telescope or binoculars, look for it in the West Northwestern sky in the constellation Cancer. A star-finder app will help.

Last but certainly not least, this year’s series of January night sky events ends with another chance to spot tiny Mercury. On the evening of January 25th, Mercury will reach its highest point in the evening sky, at 17° above the West Southwestern horizon after sunset.

You don’t need magnification to view Mercury, but if you choose to use it, be careful to avoid accidentally damaging your eyes before sunset.

Do you have questions about these January night sky events? Let us know in the comments! 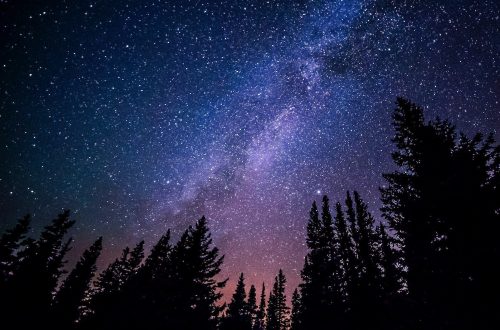 The 21 Best Astronomy Events in the 2021 Night Sky