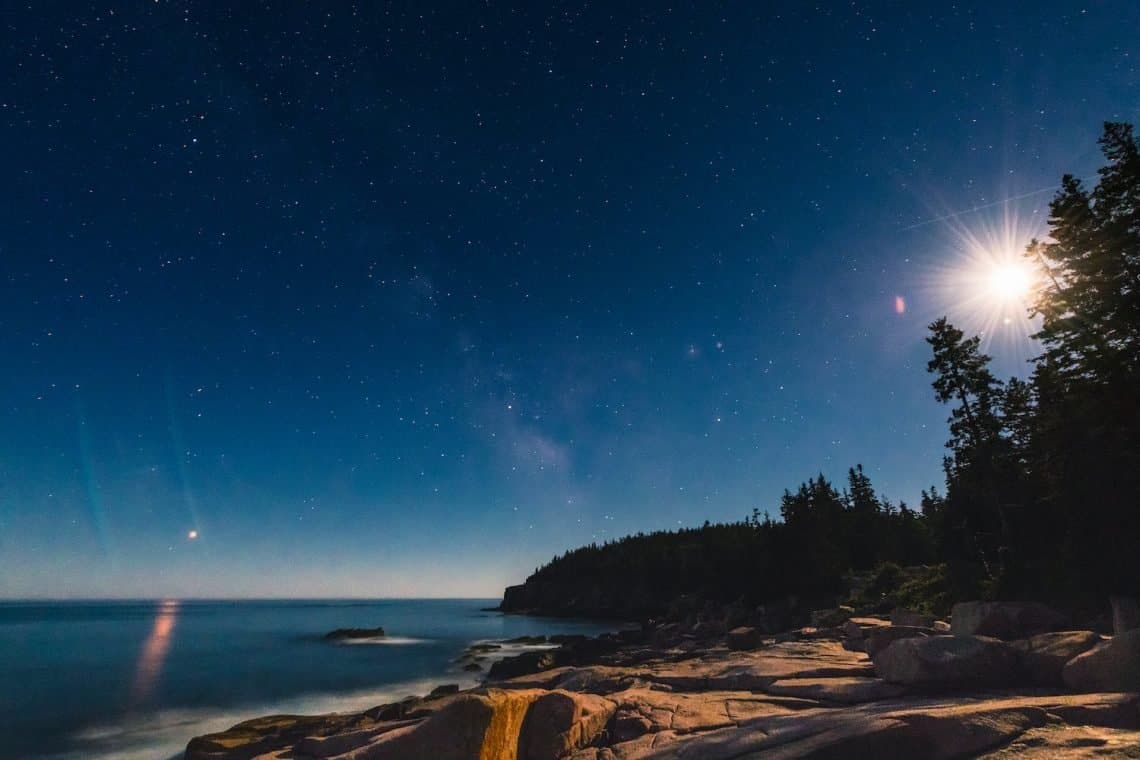 Let’s hope those notorious ‘April Showers’ stay far away! April is going to be a great month to get out and go stargazing. From close encounters between various planets and our moon to a whole spate of solar system viewing opportunities, there are plenty of April night sky events to mark on your calendar. Don’t forget too that the Milky Way is rising for the northern hemisphere, so other nights are good too even if one of these events isn’t happening!

If you’re looking for one particular night to head to a dark sky location, mark your calendar for the night of April 22nd-23rd. On this night, you can enjoy the first major meteor shower of the year. It’s also an important day here on earth: STG founder Valerie’s birthday is the 23rd! Her birthday wish is that you’ll all go stargazing and appreciate what the night sky has to offer this month.

Where necessary, we have noted where you may need binoculars or a telescope to help you get the best view of each celestial event. If you need a telescope to help enjoy this month’s night sky events, we have a guide to the best stargazing telescopes. From the Meade Polaris 130 (under $200) to the Orion Atlas 8 EQ-G GoTo ($2000), you can find one for your astronomy interest and budget. Read on for the best April night sky events!

Grab your telescope for the fist night sky event in April; on the night of April 4th, Asteroid 9 Metis will be at opposition. Scientists don’t fully understand the origin of 9 Metis, but it’s believed to be a large remnant of an ancient asteroid collision. 9 Metis is very similar in composition to asteroid 113 Amalthea; astronomers think that these two asteroids are the children of a parent asteroid that was roughly the size of 4 Vesta – one of the largest objects in the asteroid belt.

On the 4th, 9 Metis will be at opposition and well lit by the sun from our perspective. Look for this asteroid in the constellation Virgo.

April 6 – Conjunction of the Moon & Saturn

As Saturn and Jupiter continue to share the same part of the sky, it’s no surprise that they each have a conjunction with the Moon in close succession. This month, Saturn comes first; the conjunction will occur in the pre-dawn hours of April 6th. On this morning, Saturn and the Moon (and Jupiter) will appear near one another in the sky. At their closest, they will be 3°57′ apart; too wide for a telescope field of view but easy enough to jump between bright Saturn and the waning crescent Moon.

April 7 – Conjunction of the Moon & Jupiter

As foreshadowed, Jupiter and the Moon have a conjunction shortly after the one with Saturn. In this case, it’s the next day. In the pre-dawn hours, Jupiter and the Moon (and Saturn) will be close in the sky. They’ll appear 4°23′ apart at their closest; the time of closest approach will vary based on your location on earth.

Don’t break down your telescope yet this month – April 17th has another reason to keep it set up! Dwarf planet Haumea reaches opposition on this night, and will appear bright due to the geometry of its alignment with the sun and earth.

Haumea is located in the constellation Boötes near bright Arcturus; with the proper equipment, you can use the red giant star to star-hop to Haumea. It will reach its highest point around midnight local time, no matter where you are viewing from.

April 17 – Conjunction of the Moon & Mars / Lunar Occultation of Mars

Arguably the most fascinating astronomy event in April occurs between the Moon and Mars mid-month. On the night of April 17th, most of the world will watch Mars and the Moon have an extremely close approach: they’ll pass within 0°07′ of one another. This is roughly the same closeness that we observed during the Great Conjunction of Saturn and Jupiter in late 2020 and close enough to view through binoculars or a telescope.

For a small part of the world, the experience will be even better: the Moon will pass in front of Mars in what’s called a Lunar Occultation. The Lunar Occultation will only be visible to parts of Southeast Asia for a short time before Mars reappears from behind the moon. There were some incredible photos from the last Lunar Occultation of Mars (which occurred in February 2020). You can look forward to photos from this one even if you don’t live in the area where it will be visible.

On the night of April 22nd-23rd; head out for a night sky show of meteoric proportions. The year’s first major meteor shower in the northern hemisphere, the Lyrids, will peak on this night. The Lyrids typically produce a Zenith Hourly Rate (ZHR) around 18 on the night of peak activity.

Despite their name, look for them from the radiant point in the constellation Hercules; this will be visible most of the night for stargazers in the northern hemisphere. Unfortunately, a bright waxing gibbous Moon will interfere a bit with meteor-spotting opportunities, but it’s still worth heading out to try and spot them if your skies are clear.

Here’s my complete guide to seeing the 2021 Lyrids Meteor Shower.

For viewers in the southern hemisphere, the next night (April 23rd) is another a great night to try and see ‘shooting stars:’ the π-Puppid meteor shower peaks on the 23rd too. Though far less active than the Lyrids, π-Puppids are variable and can be a rewarding shower depending on the year.

This year, the radiant point of the π-Puppids will be highest in the sky before nightfall. As such, the shower is likely produce its best displays of shooting stars soon after dusk, when the radiant point is still as high as possible. 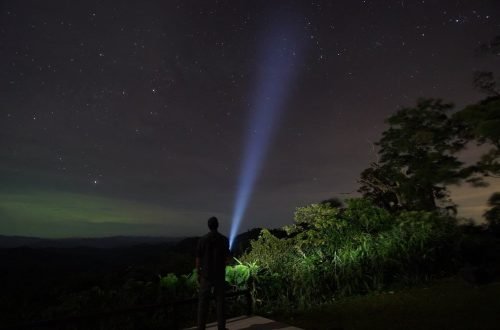 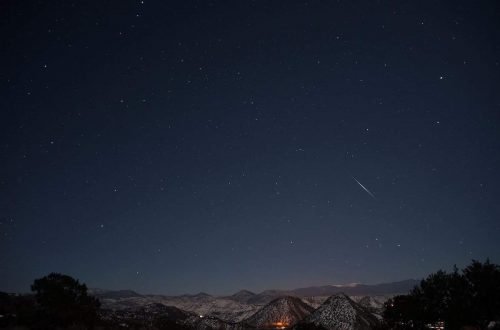