In the summer of 2018, I woke up at the crack of dawn to catch a flight. This wasn’t unusual for me at that time, but this particular day was special: I was flying to New Orleans, Louisiana to visit Michoud Assembly Facility. This is NASA’s rocket factory, and it’s not normally open to the public.

As part of a NASA Social I was part of a group of select photographers invited to go behind-the-scenes at NASA Michoud Assembly Facility to show the beauty and art behind the science that is propelling us to the Moon, Mars, and beyond.

Now, as headlines fill with Space Launch System (SLS) news and we get closer to finally launching some of the components I saw all those years ago, I’m excited to share this peek behind the scenes. The projects at Michoud change all the time – so some of these components and projects are now being assembled to launch to space. But as you’ll see, despite its function as a mechanical facility, NASA Michoud Assembly Facility has a special beauty.

This post was originally published in March 2019, and was updated in February 2021.

What I Saw at Michoud Assembly Facility

NASA Marshall Space Flight Center in Huntsville, Alabama manages the Michoud Assembly Facility. For the NASA Social, Marshall employees came down to introduce us to the work their teams do. We also got to meet government contractors working in Michoud from Boeing and Lockheed Martin. While we couldn’t photograph everything we saw, we had an amazing amount of freedom to explore and ask questions.

Over two days, other photographers and I had the chance to see many of the machines NASA uses to build rockets and spacecraft – which are stunningly beautiful and highly complex. If you’re curious what it takes to build a rocket, here’s a peek inside NASA’s Michoud Assembly Facility.

Hero’s Way is one of the main avenues through Michoud Assembly Facility. It’s the first place you enter once you’re on the ‘factory floor.’ I captured some of my fellow photographers shooting our first shots in Michoud:

The hall is lined with the mission patches for every NASA mission, as well as crew photos and an explanation of the mission details. There was also a huge banner honoring the astronauts who died in the Apollo 1, Challenger, and Columbia disasters.

Michoud is massive: Michoud Assembly Facility is one of the largest manufacturing facilities in the world. It’s 1,870,000 square feet and employs 4,200 people! Basically, it’s a town within a single building where everyone is building rockets.

The Model Room gives you a real sense for the scope of this building. It’s almost impossible to understand just how much happens in this building based on the model. You can imagine how much more overwhelming it is at full scale.

This is one of the few rooms at Michoud that is designed ‘for the public.’ Guests (typically government officials or corporate contractors) visit this room as part of a ‘tour’ of Michoud Assembly Facility.

When you’re building things as big as oxygen and hydrogen tanks and rocket boosters, it’s not as easy as welding two pieces of metal together. We saw several unique welding machines at Michoud, as well as massive assembly structures to put all the pieces together. The first one was the Vertical Weld Center where, as you might guess, NASA welders can make vertical welds.

It’s hard to get a sense of scale, but this was far from the largest piece of machinery we saw at Michoud. I also fell in love with the vibrant blue and yellow colors – you’ll see those throughout my photos.

After leaving the Vertical Weld Center, we passed assembled (or partially assembled) pieces of the Space Launch System (SLS) that we weren’t allowed to photograph. In fact, when we arrived at the Dome Welding Tool, we had to pre-approve our photo angles so that we didn’t capture any of those objects in the background of our photos… The security was seriously tight!

Using the Dome Welding Tool, welders assemble curved slices of metal together into the domes they need on various components of the rocket, tanks, and boosters.

Unfortunately, we weren’t allowed to photograph major parts of the SLS construction process and machinery. SLS is NASA’s primary focus right now, and the components have major proprietary and national security considerations. Fortunately, I was allowed to take this shot of two of the stands that hold parts of the SLS as it’s constructed. It’s one of my favorite photos from the factory!

As I mentioned, I was lucky to see the Orion EFT-1 launch in person as part of a NASA Social. In my application for the Michoud NASA Social, I mentioned this fact. I knew I’d have a chance to see the latest Orion capsule Boeing is building there!

Orion is the capsule that will take NASA astronauts to the Moon and Mars as part of the current SLS program. I can’t confirm this, but I believe this particular Orion will fly on EM-2 (Exploration Mission 2). EM-2 is scheduled to launch in 2022 aboard the SLS.

All machine shops are built alike, right? Not at Michoud! While the Michoud NASA machine shop will look familiar to anyone who works in welding or smithing, there are some custom and classic machines here that NASA still uses.

Because NASA rockets are also one-of-a-kind, there are also unique components and a lot of pride in the work they do and what they build.

As part of our photo-tour, we saw a massive Liquid Hydrogen tank. It was being moved into another part of the building, but we weren’t allowed to photograph it. We also saw a LOX (Liquid Oxygen) tank on the floor, and another in the VAC (photos of that in a moment!).

This LOX tank will be assembled into the core stage booster of the SLS. Before launch, it will be filled with liquid oxygen as part of the main propellant for the SLS core booster.

Once all of the components are constructed in various parts of the facility, they need to be put together. That’s when they come to the Vehicle Assembly Center – the VAC.

From the ground, the VAC is a massive room, stretching up about 200 feet. A huge, 170-foot welder is the primary structure, but there are several others all in this space.

We took an elevator 160 feet up to the top platform above the welder and had a chance to look down into it, too.

There’s also a giant ‘washing machine’ – officially called a cleaning cell – in the VAC, where equipment and components are cleaned.

In the above photos, you can see the cleaning cell in the right part of the frame. In the second photo, I stuck my head and camera through an open door on the side of the cleaning cell. That gives you a sense of how big it is!

There’s one more part of the VAC. When we visited, NASA employees had built a clean room at the bottom of a LOX tank in this assembly structure. Again, you can get a sense for just how massive these components are.

Before NASA moves a real – and really expensive – piece of rocketry, they practice. The Pathfinder is a model of the core stage of SLS. Pathfinder allows NASA employees to make sure all the machinery they need to move any given piece can actually do the job.

That’s me on the right for scale!

This massive ‘model rocket’ sits outside of the Michoud Assembly Facility. It gets called into action before they move any major pieces.

Last, but certainly not least, there’s NASA’s Pegasus. This massive barge has been expanded to fit the SLS components. When pieces are ready, it carries those components to other NASA facilities like NASA Marshall in Huntsville for testing.

We had the chance to explore Pegasus inside and out. Here’s looking into Pegasus from the outside and then from inside at the other end.

During the morning we spent visiting Pegasus, the clouds formed in a very pegasus-like shape, don’t you think?

So, can you tour Michoud Assembly Facility?

Unfortunately, it’s not possible to tour NASA’s New Orleans Michoud Assembly Facility, despite a lot of public interest. After visiting Michoud myself, I understand why this is the case. It’s a big facility with a lot of important technology. That technology is intellectual property, dangerous if you don’t know what you’re doing, and costly to replace if it gets damaged. For now, these photos will have to do.

If NASA ever changes their policy or starts offering tours, I’ll add that info.

Have other questions about my visit to Michoud Assembly Facility? Let me know in the comments! 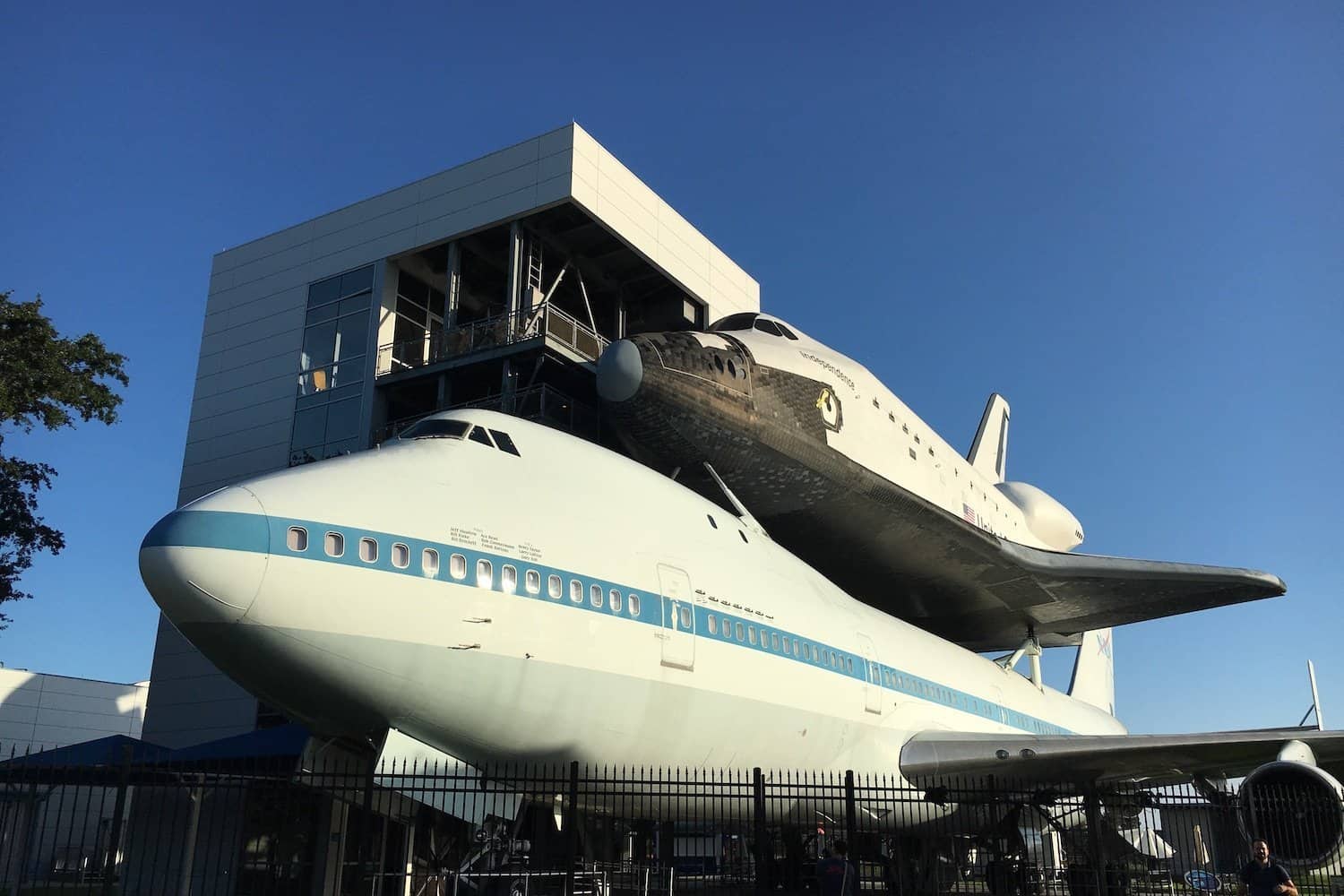 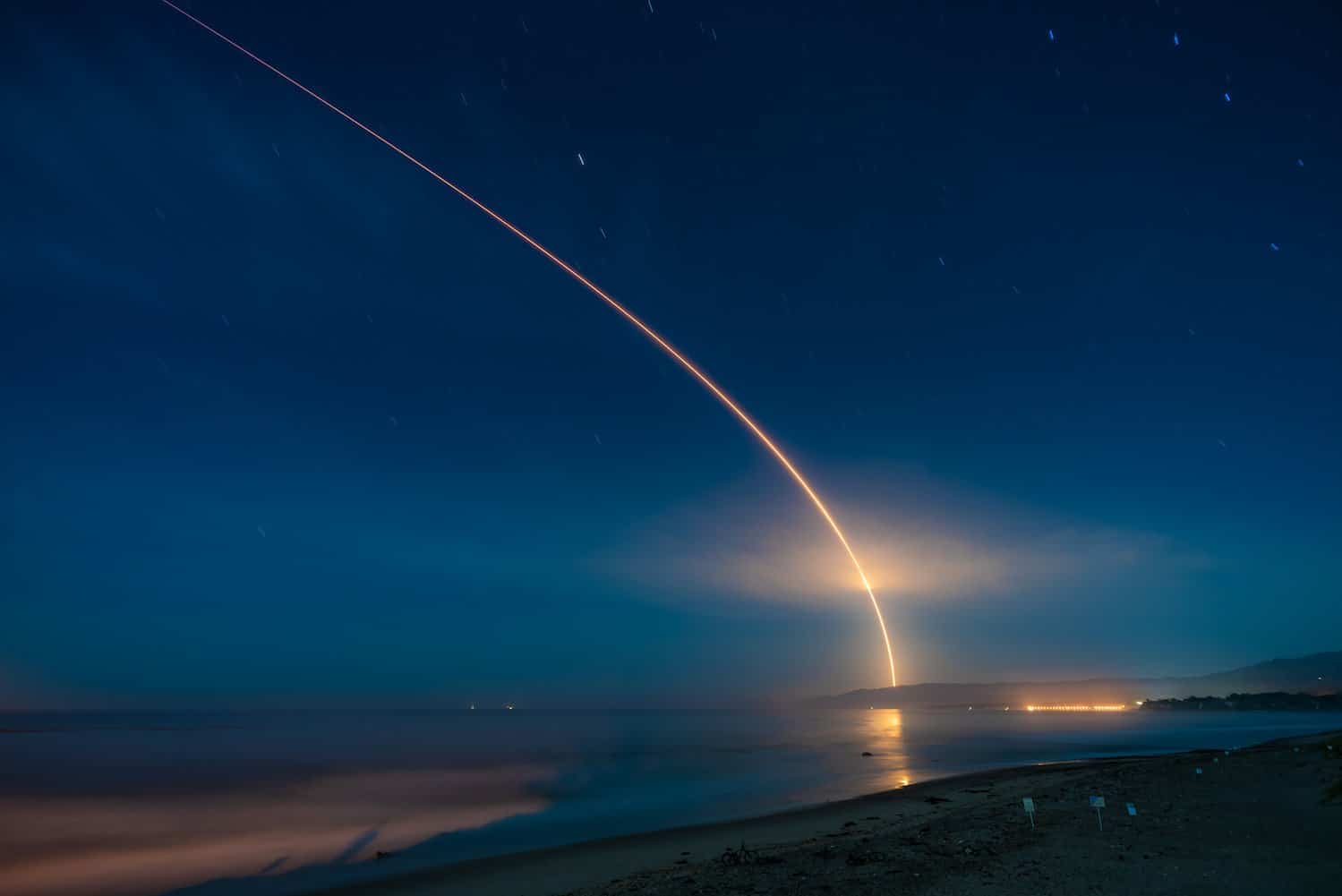