At 4,335 square miles, Jasper National Park is the second-largest Canadian Dark Sky Preserve in the world, and the largest easily accessible one. The largest one, Wood Buffalo, is also in the province of Alberta, but far more difficult to reach.

Jasper is a stargazer’s paradise, with skies rated as 1–2 on the Bortle Scale (1 being the darkest possible). Even from the town of Jasper, where most of the park’s hotels and amenities are located, you can take in star-filled skies and northern lights. But take the time to travel out of town, even 10 minutes away, and the results will be breathtaking.

This guide will cover everything you need to know to plan a Jasper National Park stargazing trip, from the best spots and how to reach them, places to stay, and other tips for creating the stargazing experience of a lifetime.

In this post, I promote traveling to a national park that is the traditional lands of the Ktunaxa ɁamakɁis, As’in’i’wa’chi Niy’yaw Askiy (Rocky Mountain Cree), Ĩyãħé Nakón mąkóce (Stoney), Secwepemcúl’ecw (Secwépemc), Tsuut’ina, Michif Piyii (Métis), and Mountain Métis peoples. With respect, I make a formal land acknowledgment, extending my appreciation and respect to the past and present people of these lands. To learn more about the peoples who call these lands home, I invite you to explore Native Land.

This post was originally published in November 2021, and was updated in January 2023.

How to Get to Jasper National Park

The two closest cities to Jasper are Edmonton, the provincial capital, and Calgary, the largest city in Alberta. By car, they are 3.5 and 4.5 hours away from Jasper.

From Edmonton, it’s a straight shot west on Highway 16, aka the Yellowhead. You’ll enter the park’s eastern gate, where you’ll need to show your Parks Canada Pass or pay for a daily ($20) or annual pass ($139.40). From there, it’s a 30-minute drive to the town of Jasper.

From Calgary, travel west on Highway 1 (Trans-Canada Highway), then drive through Banff National Park, where you’ll need to show or purchase a park pass. Continue past the town of Banff. Right after Lake Louise, continue north on scenic Highway 93 (Icefields Parkway), which connects to the southern entrance to Jasper National Park. From there, it’s just under three hours to the town of Jasper, your base for exploring Jasper National Park.

Where to Go Stargazing in Jasper National Park

You don’t have to travel too far out of town to find incredible stargazing locations, but if you’re willing to drive further, it is worth the effort.

Jasper Park Lodge, Jasper’s most famous hotel, manages the Jasper Planetarium. The planetarium sits on the shore of stunning Beauvert Lake, across the Athabasca River from the town of Jasper. After a 40-minute show in the domed theater, you can step outside to stargaze using the largest telescope in the Rocky Mountains.

Pyramid Lake is the best-known stargazing spot within a short drive of the town of Jasper. This picturesque lake lies at the base of Pyramid Mountain, which often reflects on the lake’s surface. A particularly inspiring view can be enjoyed from the small wooden bridge to Pyramid Island, with Pyramid Mountain looming behind it and millions of stars painting the sky above. Pyramid Lake is a 10-minute drive north of Jasper.

If you’re willing to drive a little further out of town, you’ll enjoy an even darker sky. Taking Maligne Lake Road just north of town, you’ll pass the popular attraction Maligne Canyon before reaching Medicine Lake. There’s a good chance you’ll be the only one there, and with no lights on or anywhere near the lake, the sky view will be unparalleled.

Another 15 minutes past Medicine Lake, the road will terminate at Maligne Lake. In summer daytime, this is a busy spot from where visitors hop on cruises to Spirit Island, one of the classic postcard views of the Canadian Rockies. But out of season or at night, the lake is practically deserted. There’s a bridge from where you can gaze down the length of the lake.

Mount Edith Cavell, another iconic Jasper peak, is a prime stargazing spot at an elevation closer to the stars. 40 minutes away by car, most of the drive follows a steep, winding road up the mountain’s lower slope. Set your destination for “Mount Edith Cavell Parking Lot”, where Edith Cavell Meadows Trail begins.

It only takes 15 minutes along the easy trail to reach Cavell Pond, which has floating chunks of ice in it, even in summer. Massive Angel Glacier hangs above the pond, a suitably dramatic complement to the vast, star-filled sky.

Speaking of glaciers, the final recommendation is Jasper’s most famous, and indeed the most-visited glacier in North America. Athabasca Glacier is part of the enormous Columbia Icefield and is a tourist magnet in the daytime. Drive the Icefields Parkway to reach it at night, however, and you’re in for a different experience altogether.

Some of the best starry views will be had at smaller highway stops along the way, but your prize at the end will be a chance to photograph the night scene at the toe of the immense glacier. The glacier is the last stop on Icefields Parkway before it reaches Banff National Park, an hour and 20 minutes south of Jasper.

Where to Stay in Jasper National Park

Despite Jasper’s expansiveness, most people stay in the town of Jasper, home to the vast majority of the park’s hotels and amenities.

For sheer convenience, choose from one of the many hotels in Jasper. Whistlers Inn is a good choice with a hot tub on the roof–stargazing in comfort! To enjoy a darker sky right from your front door, however, opt for somewhere just out of town. Patricia Lake Bungalows are the perfect example, where you’ll have a star-roofed lake all to yourself.

Jasper National Park has numerous campsites to choose from. Those closer to town are more cramped, while ones further afield are especially quiet and suitable locations for stargazing.

What to See & Do During the Day in Jasper National Park

Should you decide to get out and explore Jasper during the day, options abound. Here are some of the top highlights:

Other FAQ About Stargazing in Jasper National Park

Still have questions about stargazing in Jasper? We’ll answer them below.

When is the best time to go stargazing in Jasper National Park?

While summer is by far the most popular time to visit Jasper National Park, it’s also less than ideal for stargazing. The sky doesn’t fully darken until well after midnight in summer because Jasper is so far north, at 52 degrees in latitude. On the longest days of the year, the sky never fully darkens.

Nevertheless, if you visit in summer, you can still expect fantastic skies, provided the sky is clear. If you can, try to come during a new moon rather than a full moon.

In winter, you can enjoy as much as 16 hours of nighttime sky. The only challenge is that it can get quite cold, so make sure to dress appropriately!

Can you see the Milky Way while stargazing in Jasper National Park? When?

Yes! The best time to see the Milky Way in Jasper is in spring and summer. Keep in mind that spring doesn’t come until May and June in the Rockies. The position of the Milky Way in the sky will vary according to your viewing location; from Athabasca Glacier, it will seem to emanate directly up from the glacier itself, while from Medicine and Maligne Lakes it will stretch closer to the horizon.

Can you see the northern lights from Jasper National Park?

Absolutely! Jasper National Park is one of the best places for seeing the northern lights in Canada. While it’s possible to see the aurora borealis (northern lights) anytime of the year in Jasper, winter is best. September and October are ideal months when the sky gets dark earlier, but it isn’t too cold yet. Magnetic midnight, from 11pm to 1am, is the best time. The phenomenon occurs on average about once per week in Jasper, so you also need a bit of luck. You can sign up for email alerts from AuroraWatch, which is Edmonton-based but can still be a good predictor of aurora incidents.

Yes, all the major roads in Jasper are open at night, including all the ones mentioned above. But you need to take care when driving in Jasper, especially in winter, and double especially in winter at night. Wildlife is often on the road. In winter, roads can become very slippery, and winter tires are essential. The Icefields Parkway sometimes becomes impassable after heavy snow, and smaller roads can be closed due to avalanche warnings.

Is there a dark sky festival in Jasper National Park?

The festival includes a variety of stargazing and Northern Lights-focused activities, such as a dark sky treasure hunt, guided sky photography sessions, nighttime helicopter tours, yoga under the stars, and more.

Are there guided night tours in Jasper National Park?

Jasper Planetarium offers a guided tour and dining experience with a view of the stars at the peak of Whistlers Mountain, accessed via the Jasper SkyTram. The tours take place on Saturday evenings in September and October.

Do you have other questions about planning a trip to go stargazing at Jasper National Park? Let me know in the comments!

Nick Kembel is a published author and proud father of two. After backpacking and living abroad for two decades, he’s now back in Canada getting reacquainted with his home province, Alberta. 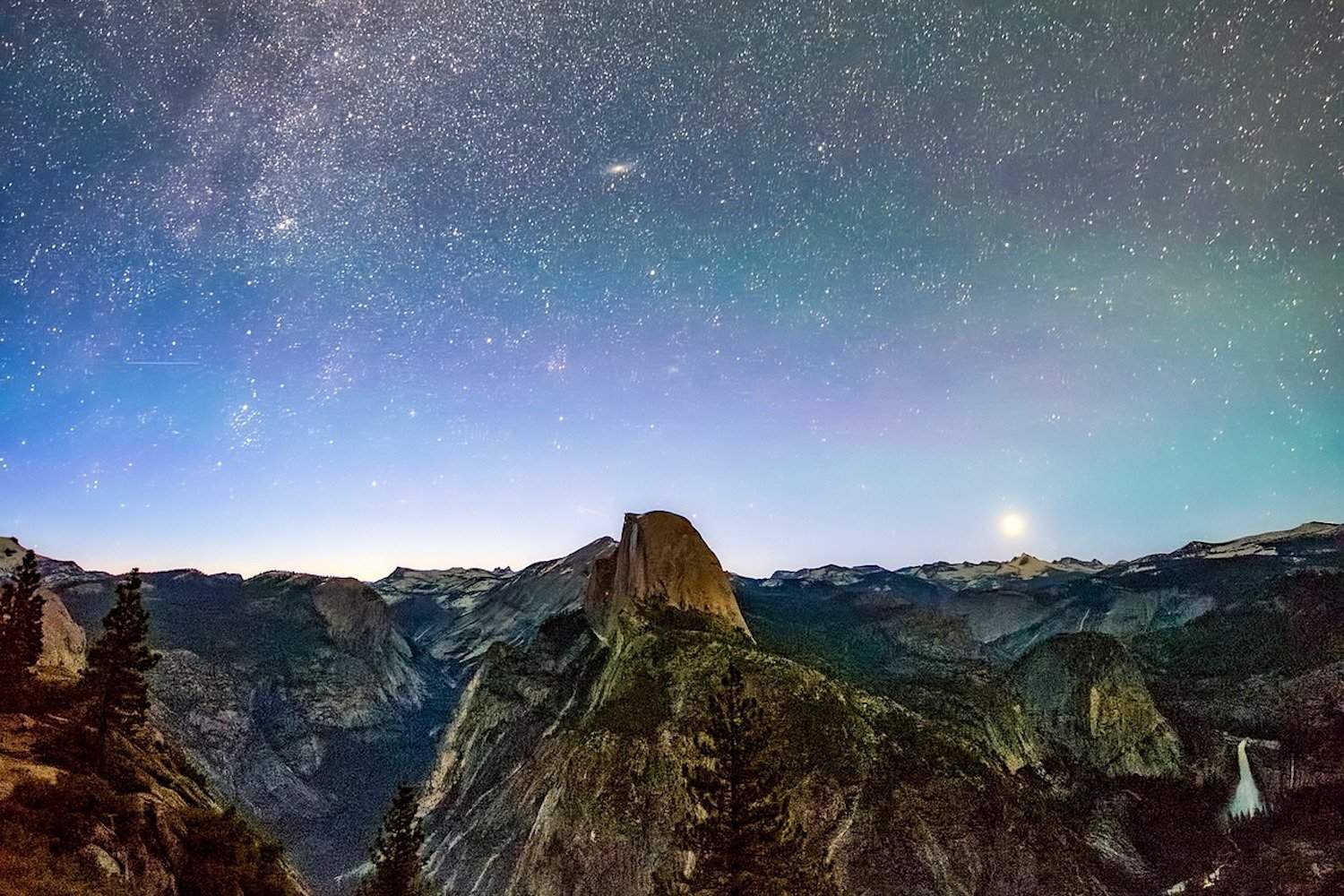 How to Plan a Yosemite Stargazing Trip in 2022 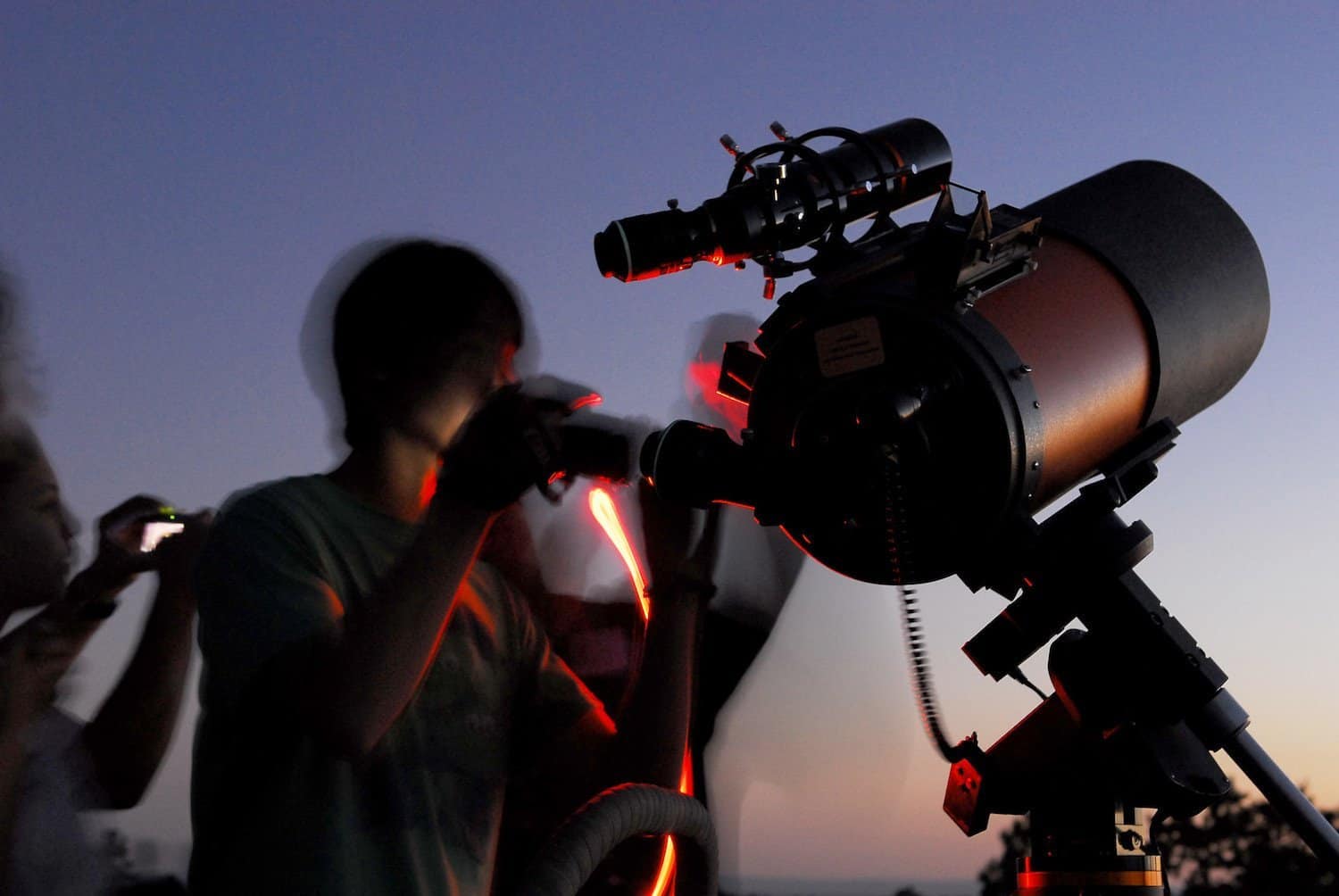 How to Plan a Grand Canyon Stargazing Trip in 2023 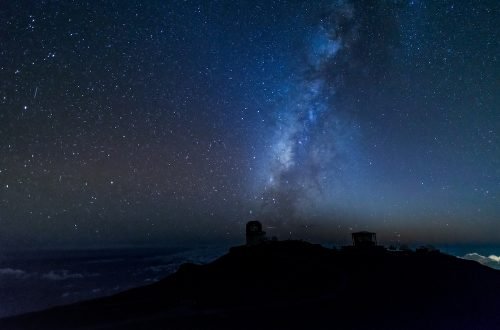 How to Plan a Haleakalā Stargazing Trip in 2022