Happy New Year! As 2023 kicks off, it’s a great time to make a resolution: to go stargazing and appreciate the night sky more! While January has fewer night sky events than December 2022, it’s still a great chance to start the new year out with some quiet solitude under the stars.

In this list of astronomical events in the January night sky, you’ll see a few meteors streaking quickly across the sky – and a few comets making their way at a more leisurely pace. There are also some good chances to spot our planetary neighbors, if you enjoy planet-gazing as well as stargazing.

While not necessary to view any of them, if you want a telescope to help enjoy this month’s night sky events, I have a guide to the best stargazing telescopes and binoculars. On that page you’ll find resources on how to find a good piece of astronomical equipment that fits your budget and helps unlock the wonders of the January night sky.

Ready to dive into this month’s night sky events? Let’s do it!

This post was originally written in January 2018, and has been updated annually – most recently in December 2022.

The New Year kicks off with an astronomical event that will dominate the night skies in 2023 – and probably headlines too. This year, the Moon moves to a part of the ecliptic (the line the Sun, Moon, and planets follow across the sky) where it will pass in front of several planets throughout the year – also called occultation.

(You might recall, there were lots of lunar occultations of Uranus in 2022; Mars, Jupiter, and Neptune join the list this year, as well as some major stars along the ecliptic.)

Another lunar occultation of Uranus will occur in the evening of January 1st. For those in Greenland, Northern Europe, and Northeast Russia, you’ll be able to go out and try to spot the Moon passing in front of distant Uranus (a telescope will help your viewing prospects a ton). For the rest of us, the Moon and Uranus will have a close approach, appearing 39.3 arcminutes apart at their closest just after sunset. What a way to kick off the New Year!

January doesn’t usually start with a large number of night sky events, but it does in 2023; head out on January 2nd for a great chance to see one of the prettiest Messier objects in the night sky.

While the Messier Marathon isn’t until March this year, you can spot Messier objects throughout the year, and sometimes they reach an apogee (high point) where they’re particularly well-placed for viewing. Such is the case for Messier 41, the open star cluster sometimes called “The Little Beehive Cluster” in Canis Major.

On January 2nd, M41 will reach a high point around midnight local time; this is a great time to pull out your stargazing gear and gaze deep into space.

In any case, on the night of January 3rd, there’s a chance to see the Moon pass in front of Mars if you happen to live in sub-Saharan Africa – if you are reading this, welcome! For the rest of us, the Moon and Mars will pass within just 31.4 arcminutes of one another at their closest right around/after sunset for those in the Eastern U.S. and further east.

For the first astronomy event you can see this year, there’s a meteor shower to look for. The Quadrantids, the first meteor shower of the year, is expected to peak in the morning of January 4th. That morning, look for a maximum of 80 meteors per hour radiating from a point in the northern sky. It’s important to note that the Quadrantids, while an active shower, may see maximum activity for only a few hours on the peak night – or in this year’s case, morning.

As a tip, you don’t need to look at the northern sky to see the meteors. Instead, scan the whole northern half of the sky to try and see these somewhat faint meteors as they appear.

For a little variety on the schedule of January night sky events, look for the asteroid 2 Pallas on the night of January 15th. A waning crescent Moon will make things a little easier if you grab a telescope or binoculars to try and spot this large likely “protoplanet” left over from the early days of the solar system.

2 Pallas can be spotted in Canis Major, so you can use a star app and bright Sirius to guide your way.

If the full moon or cloudy skies cause an issue with spotting the Quadrantids earlier in the month, you might try to spot the less impressive γ-Ursae Minorids. The Gamma Ursae Minorids appear to radiate from the constellation Ursa Minor, near the bright north star of Polaris.

This meteor shower runs from January 15-25 in 2023, and is expected to peak on the night of January 19th. On this night you might spot as many as 3 meteors per hour. Obviously this isn’t very many, but the moon will be at a favorable 3% illuminated approaching its new phase and thus the skies should be nice and dark (assuming they’re clear of clouds) to help you spot as many meteors as possible.

January 23 – Mercury at its Morning Peak

If you’ve been reading this site for a while, you know that spotting Mercury with my un-aided eye is on my astronomy bucket list; I’ve got another chance – and so do you – on January 23rd when the tiny planet reaches its morning peak 13° above the southwestern horizon. It will actually sit this high above the horizon for several mornings on either side of the 23rd (the 18th-30th), so you can take a few opportunities if the skies aren’t agreeable on the 23rd specifically.

While there is no lunar occultation of Jupiter in January, the two solar system objects are getting increasingly close together from our perspective. On the night of January 25th, the Moon and Jupiter will appear as close as 1°36′ apart; the Moon will be just five days old and thus not provide too much interference. This is a fantastic excuse to pull out your telescope or binoculars and admire Jupiter, its Galilean Moons, and the Moon’s terminator line.

As one might expect given the Moon’s 27-day cycle, early-in-the-month lunar occultations have a chance of happening again later in the month. So it goes for 31-day January, when the lunar occultations of both Uranus and Mars happen twice. Does that make these “Blue Uranus” and “Blue Mars” events, like a “Blue Moon” is the second full moon of the month?

In any case, January 28th provides a second chance to spot Uranus and the Moon close together – if not in occultation depending on your geography. Admittedly, only those in far northern Russia and Siberia will see the occultation, so the rest of us can try and spot the Moon and Uranus in close proximity, just 52.8 arcminutes apart at their closest.

The next night, those across the Southwestern and Southern U.S. (as well as Mexico and Central America) will have a chance to spot the second lunar occultation of Mars in January. If you’re not in that region of the globe, never fear: the Moon and Mars will appear just 6.2 arcminutes apart at their closest around 11:30pm EST. This is an incredible opportunity to view or photograph the Moon and Mars together; this is as close as Jupiter and Saturn were during the Great Conjunction of 2020.

Last but certainly not least, here’s one more night sky object worth spotting in January. I already mentioned the “Little Beehive Cluster” would be visible early in the month; now it’s your chance to see the… regular (?) Beehive cluster, also known as Messier 44.

M44 will reach its peak in the night sky around midnight local time for all viewers (regardless of time zone), and is sitting in the dim constellation of Cancer. Grab your stargazing equipment to unlock the beauty of this open star cluster. 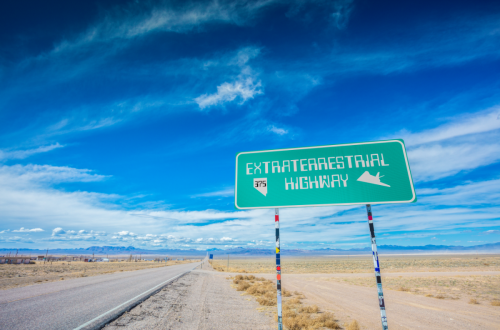 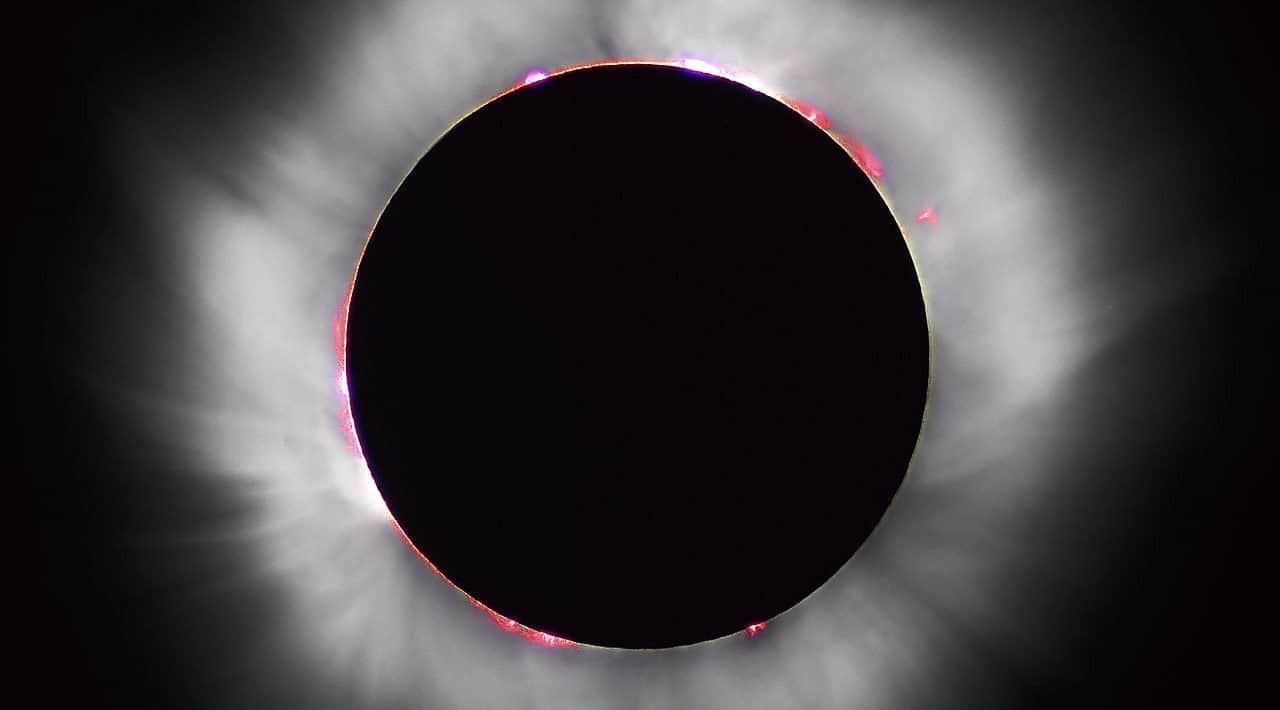 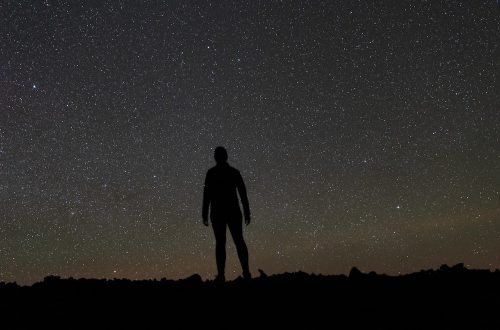