It’s fast approaching: the meteor shower of the year, when you can see shooting stars streak across the night sky burning up as they enter earth’s atmosphere. That’s right: it’s almost time for the peak of the 2022 Geminids meteor shower!

This post was originally published in December 2020, and was updated most recently in November 2022.
Featured image credit: Rocky Raybell via Flickr

When to See the Geminids

Like most meteor showers, there are two important sets of dates to keep in mind when you try to see the Geminids:

When most people ask “when can you see the Geminids,” they’re inquiring about the peak day(s) of the meteor shower – December 14th this year.

Unfortunately, December 13th/14th is also a night of the Waning Gibbous moon, which will be about 61% illuminated. This means it may interfere with your chances to see the meteors through most of the night.

Let’s break down the idea of a “peak” during a meteor shower a little bit more. Basically, when a meteor shower occurs, the earth passes through a stream of debris left by a comet or asteroid. In the case of the Geminids, the debris which form the Geminids meteor shower are left by the asteroid 3200 Phaethon, which makes a 523.6-day orbit through the Solar System.

All that is to say: the peak of the Geminids will occur on December 14. On this morning, the ZHR will be up to 120 meteors per hour! This is why people get excited about the Geminids: you can see roughly two meteors per minute!

Where to See the Geminids

When you ask “where can I see the Geminids?,” again – there are two answers:

So regarding the first answer to where to see the Geminids, the answer is: near the constellation Gemini. As long as you can see Gemini above the horizon (use a star-finder app, like Night Sky), you should be able to see Geminids meteors.

In terms of where on earth to see the Geminids, there’s a lot of flexibility. Obviously, as mentioned, you need to be in the northern hemisphere, since Gemini is a northern constellation.

Also, it helps to be in a dark sky location, rather than near a city or town with bright lights. The darker the sky you can drive to, the better experience you’ll have! Here are more tips on seeing how to see the Geminids this year.

Here’s a quick list of tips to help make your Geminids viewing a success:

Special Equipment for Viewing the Geminids

You don’t need any special equipment to view the Geminids meteor shower, which is great. A telescope and binoculars won’t really work because meteors move so fast as they enter the atmosphere – your eyes alone are good enough!

Do you have any other questions about trying to see the 2022 Geminids meteor shower? let us know in the comments! 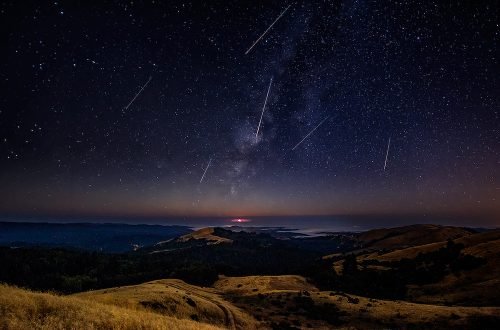 How to See the 2022 Perseids Meteor Shower 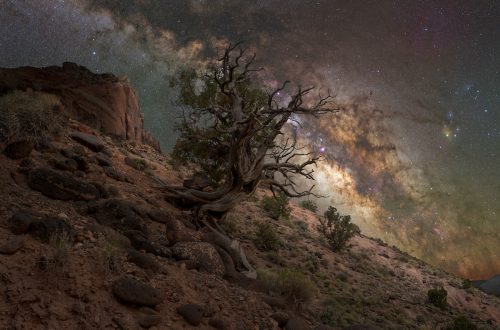 How to Plan a Capitol Reef Stargazing Trip in 2023