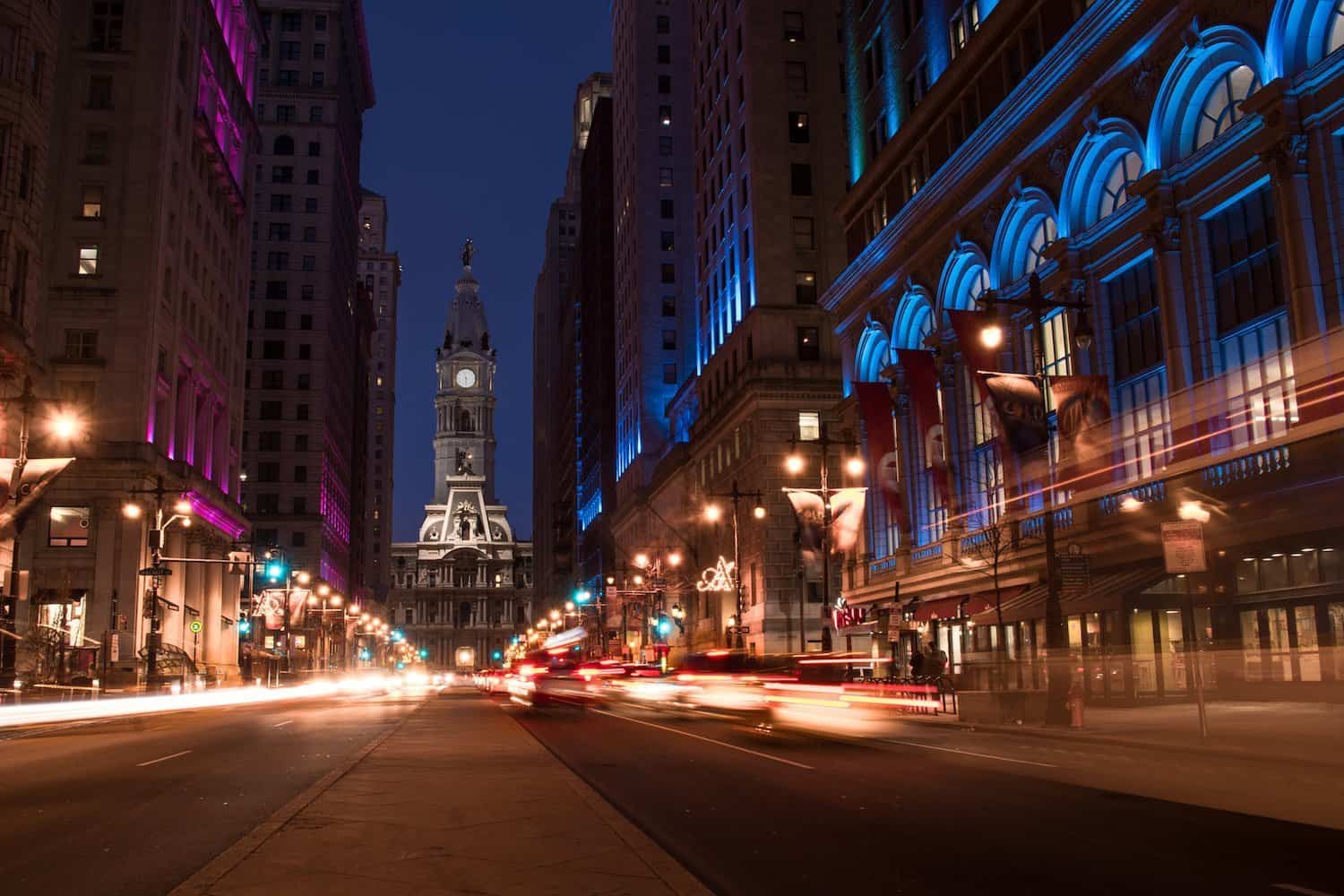 Can the city of Brotherly Love also be the city for people who love stargazing? Yes, it turns out!

Philadelphia might not seem like a stargazing destination, but among the cities we’ve created stargazing guides for, it has some of the best in-city stargazing options we’ve found. There are also great stargazing spots and observatories – operated by many of Pennsylvania’s great colleges and universities – close enough to reach from Philly, but far enough from light pollution.

The Best Spots for Stargazing in Philadelphia

While you might not expect a big city like Philadelphia to have good stargazing spots, you’ll be pleasantly surprised. Below, you can explore a map of stargazing spots and observatories around the Philly area.

Read on to learn about these stargazing spots in greater detail, and to find addresses and websites to plan your stargazing trips.

The Franklin Institute Science Museum is located in the heart of Philly. That doesn’t stop them from having one of the best stargazing opportunities in any major city. The Joel N. Bloom Observatory has several telescopes that allow you to view the sun, moon, planets, and other objects in our solar system and beyond. They hold evening events about once per month, which are a great way to go stargazing right in the city.

The front lawns at the Belmont Mansion and Mount Pleasant Mansion in Fairmount Park are good spots to lay out a blanket and enjoy some views of the night sky. In fact, most of the park is a good place to escape light pollution. Because the park is located along the banks of the Schuylkill River and has a natural boundary of green space, Fairmount Park creates its own ideal stargazing conditions.

Drexel University might not seem like an ideal location for stargazing, but the Lynch Observatory is a surprising gem for night sky fans. The Observatory houses the largest telescope in the city, and they hold open houses roughly twice per month. On those nights, you can ascend to the roof of one of the Drexel buildings for an evening of guided observation.

Best Stargazing Spots within One Hour of Philadelphia

While it might be tedious – backyard stargazing is pretty great and convenient –, if you’re willing to drive up to an hour out of Philly, you’ll be astounded at how much more you can see in the sky. Reducing the light pollution even a little by getting some distance from the major light sources of the city will open up new wonders in the night sky.

The Observatory at Widener University is located about 30 minutes southwest of downtown Philadelphia. This is just far enough to escape some of the worst light pollution in the city. Widener uses their observatory for students and faculty to study the wonders of the universe. On Mondays throughout each semester and the first Friday of every month, the observatory is open to the public for guided stargazing with a staff member and student assistant.

Eastern Unversity operates Bradstreet Observatory on their campus in Saint David, about a 45-minute drive from downtown Philadelphia. Like Widener Observatory, the primary function of Bradstreet Observatory is for academic study and research. But, they hold public viewing sessions too. However, unlike most observatories, you’ll need to make a reservation for one of the public sessions in advance (they recommend 3-4 months in advance!) and the nights aren’t listed on their website. You can find contact info to learn more about upcoming public viewing nights on the Eastern University site (linked below).

Another university-operated observatory, the Villanova Public Observatory is located in the Mendel Science Center on the Villanova campus. This is also about 45 minutes northeast from Philly (very similar to Bradstreet Observatory). Villanova Observatory is one of the most accessible, open Monday through Thursday nights during the Fall and Spring semesters.

The Strawbridge Observatory is located on the Haverford College campus, about 45-minutes from downtown Philly. Like others on this list, it’s managed by the Physics and Astronomy department. For the most part, the observatory is used for academic research. They also host public viewing nights about once per month. All upcoming dates are listed on their website.

In a change of direction but not function, the Peter van de Kamp Observatory is located at Swarthmore College – and it’s only a 35-minute drive southwest from downtown. Students and faculty use the observatory for research, as you’d expect. The Observatory is open to the public on the second Tuesday of each month; the times vary based on the season.

Concerts Under The Stars

In the summer months, the town of King of Prussia hosts weekly Concerts Under the Stars in Upper Merion Township Park. These events start at 6pm on Sundays and go through twilight into the night. This means you can enjoy watching the stars come out while you listen to music. If you want to make a day of it, visit nearby Valley Forge Historical Park (about a one-hour drive from Philly and 10 minutes from Upper Merion Township Park) during the day.

If you live in the Philly area, you’ve likely heard of the Illuminated Fountains Performances at Longwood Gardens. Longwood Gardens is about one hour from downtown Philly. On the weekends during the months of May to October, they have a nightly fountain show with lights… and after the show has ended is a perfect time to do some stargazing from this area. This summer’s dates have already been announced.

This might sound like an odd one! Lots of Philly locals who love stargazing say that the New Hope-Lambertville Bridge is a great stargazing spot. This bridge spans the Delaware River and there are some nearby nature preserves (like Bowman’s Hill) that also offer good dark sky spots. The best part is that it’s only an hour from downtown Philly if you decide to go stargazing here.

It takes right around an hour to get to French Creek State Park, but it’s worth the drive to reach this enclave of dark skies so close to a city like Philadelphia. French Creek State Park is a sprawling green space with lakes, trails, and more. The lack of development that reduces light pollution and makes for great stargazing conditions. Technically the day use areas close at sundown, so if you want to have a good long stargazing session, consider making a reservation for the campground and do an overnight trip.

Want to plan an overnight stargazing trip – or even better, make a weekend of it? Here are some of the best spots within a two-hour drive of Philly with good dark skies. This will maximize your stargazing time and minimize your time stuck in traffic.

Cape May is a popular vacation destination, but it also has decent dark skies – especially looking south and east out over the Atlantic. It’s also only 90 minutes by car from downtown Philadelphia (without traffic), so it’s an ideal spot to plan a beach trip with a side of stargazing.

Two hours from Philadelphia by car, Delaware Water Gap is a slice of protected land where you can escape the city and enjoy some nature. As part of the National Park Service system, you can access the Delaware Water Gap Natural Recreation Area to enjoy hiking, boating, and more. Plan ahead and reserve a campsite to enjoy dark skies and good stargazing too!

Operated by the Astronomical Society of Harrisburg, Naylor Observatory is at the very limit in terms of distance we recommend in these stargazing guides. It takes a full two hours to reach Naylor Observatory from Philadelphia. You can visit the observatory on select evenings throughout the year (usually Saturdays and Sundays) and see the moon, planets, double stars, star clusters, and more. Admission for these viewing nights is free.

Planetariums in the Philadelphia Area

If you’re visiting Philadelphia during a cloudy spell or only want to explore during the day, you’re still in luck. In addition to solar viewings at the Franklin Institute, you can visit the planetarium there (website). The planetarium features shows like “The Search for Life in Space,” “Asteroid: Mission Extreme,” “The Sky Tonight,” and “To Space & Back.” In short, you can get a great view of the night sky without needing to leave town or try and find a dark spot in the city.

Bonus! The Franklin Institute hosts a Citywide Star Party as part of the Philadelphia Science Festival each year. If you’re visiting in late April each year, check out all the locations where you can go stargazing!

Can You See the Milky Way in Philadelphia?

As is the case in all major cities, it’s virtually impossible to see the Milky Way from within Philly’s downtown core. The light pollution in Philadelphia is too strong to allow you a good view of the Milky Way. If you’re keen to see our galactic neighborhood head to one of the two-hour destinations we highlighted above.

Best Times of Year to Go Stargazing in Philadelphia

If you’re hoping for clear skies so you can go stargazing in Philly, you might be surprised: every month has between 7-10 days of rain. Average cloud cover per month also correlates with precipitation in Philadelphia, too. You have a 66%-75% chance of clear skies on any given night, on average.

The months with the least rain/clouds are the best times for dark, clear skies: August, September, and October are ideal months for stargazing in Philadelphia. August is especially good, what with warmer weather and the Perseids meteor shower.

Do you have other questions about stargazing in Philadelphia? Ask in the comments. 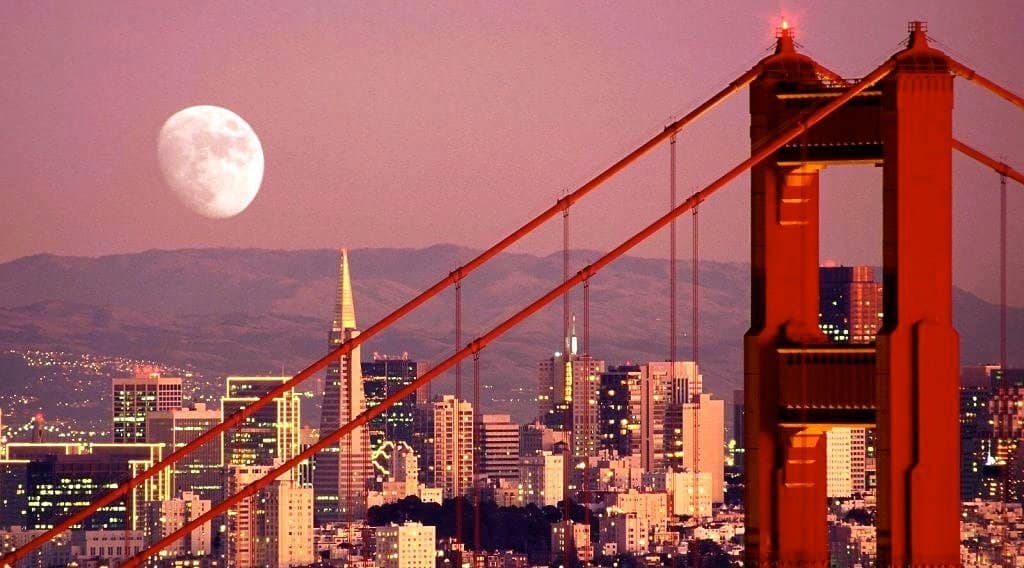 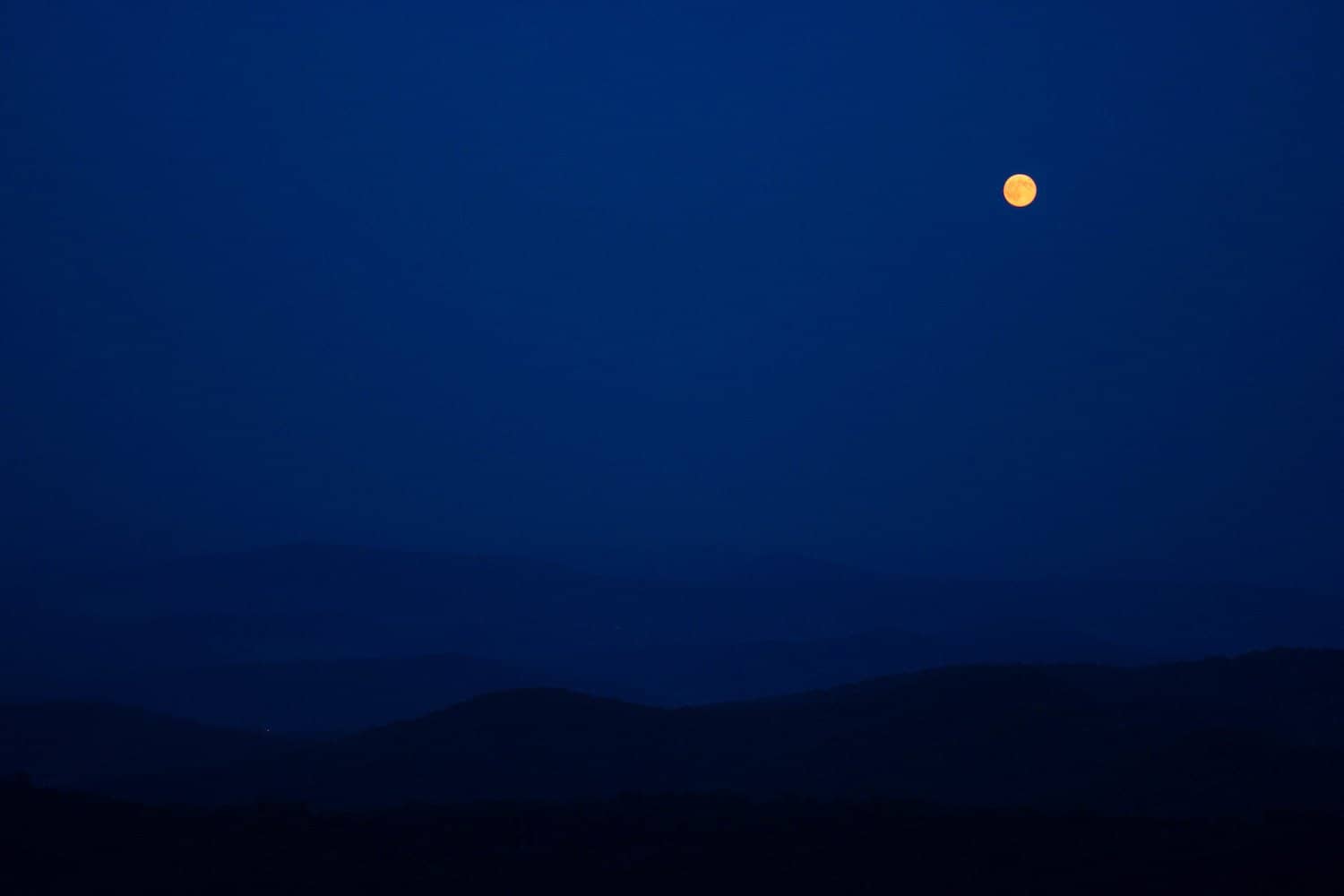 How to Plan a Shenandoah Stargazing Trip