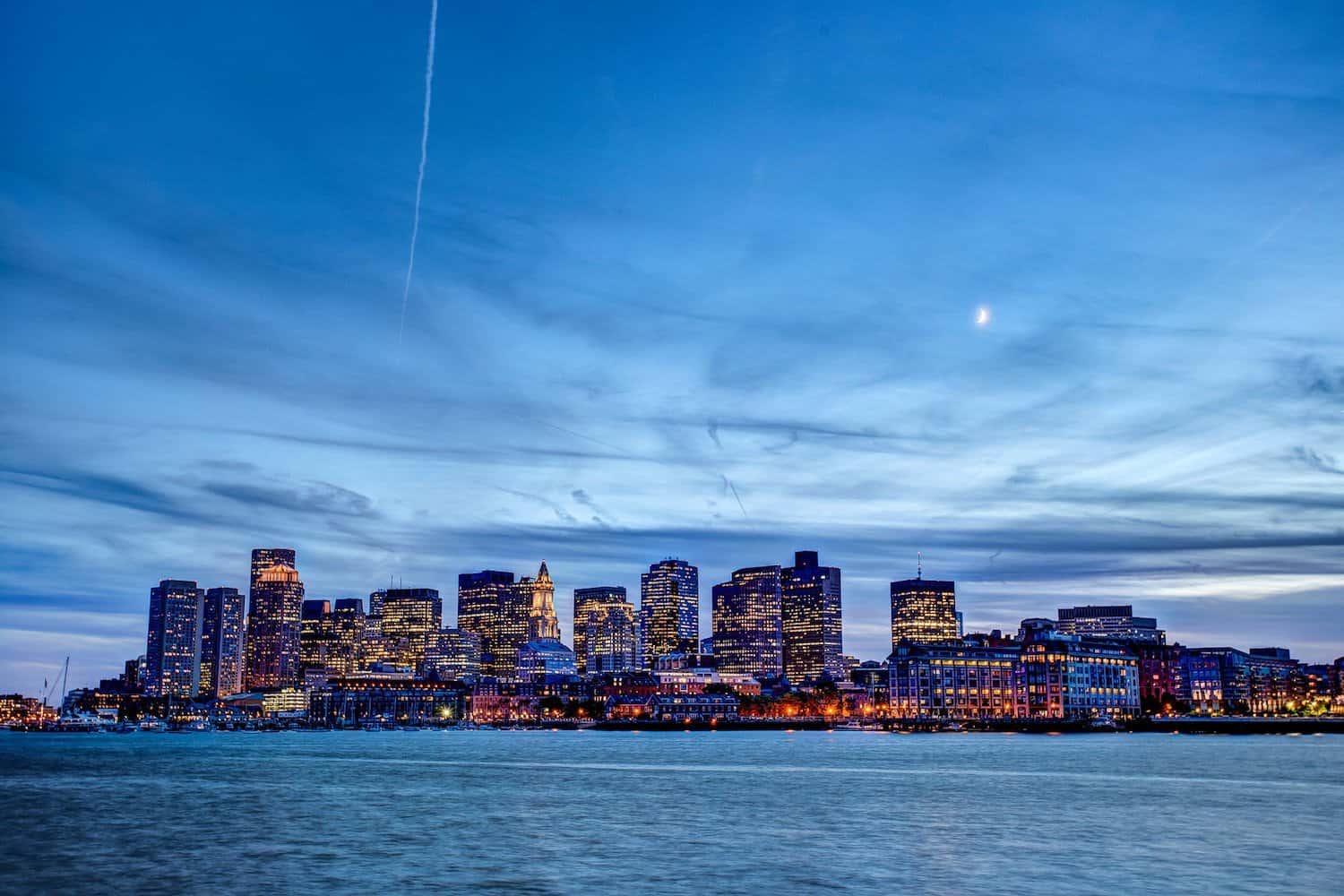 Boston is known for many things: history, sports, baked beans… and stargazing? Boston is actually a pretty good stargazing destination, as cities go. While you won’t have unincumbered Milky Way views from downtown Boston, it’s possible to do some stargazing in the city. You can also drive out of town to some nice dark sky locations without too much time or effort.

Whether you want to go stargazing after a night at the ballpark or plan a stargazing trip along the coast – or even out on one of the capes or islands – there are some great choices for stargazing near Boston. Read on to learn about these places, as well as other stargazing tips for the Boston area.

The Best Spots for Stargazing in Boston

You might be surprised at your stargazing options in Boston. If you temper your expectations for the amount of light pollution you’ll encounter, you can still find pockets of the dark sky where you can see a few more stars. We’ve got a map of spots plus detailed descriptions of the best stargazing places in Boston and the surrounding area.

Located on the north point of Pleasure Bay, Castle Island is a good stargazing spot because it’s somewhat removed from downtown Boston and the surrounding water helps reduce light pollution. By day, it’s a popular spot for sunbathing or swimming (if you’re up to brave the water!). The park is only open until sunset, but you can visit after dark and leave your car in the area and walk toward the point to get darker skies.

The Coit Observatory is located on the roof of the College of Arts & Sciences at Boston University, right on the banks of the Charles River. It’s a quick walk from the Boston University East T stop, and not far from Fenway Park (so don’t plan to visit on a game night or the stadium lights will increase light pollution!). The observatory is open for public viewing most Wednesday nights throughout the year, weather permitting.725 Commonwealth Avenue, Boston, MA, bu.edu

Like many good science museums, the Boston Museum of Science is a great spot for space enthusiasts. There’s a planetarium – we’ve shared more about that below – and they host drop-in Astronomy After Hours events. On Friday nights from April to October, you can peer through one of the small telescopes and learn about objects visible in the sky.Museum Of Science Driveway, Boston, MA, mos.org

Encourage the little astronaut in your family with a visit to the Boston Children’s Museum. In addition to STEAM exhibits that will help young scientists learn more about science, technology, and engineering topics, the Museum holds occasional #popscope events on Friday nights throughout the year. These events allow families to view the night sky through pop-up telescopes (hence “popscope”).308 Congress St, Boston, MA, bostonchildrensmuseum.org

Best Stargazing Spots within One Hour of Boston

As is the case for most cities, if you’re willing to drive up to an hour out of Boston you’ll have much better success stargazing. In fact, most of the best places for stargazing near Boston are within an hour of downtown. Here’s the full list.

A short 15-minute drive from downtown Boston, Governor Hutchinson’s Field is a good spot for stargazing. The 10-acre park offers small views of the Boston Harbor but has trees and some protection from light pollution, making it a good urban stargazing spot. The park technically closes at sunset, but during the summer months they sometimes host guided astronomy events; check the calendar of events to see when the next one is happening.

Drive 20 minutes southeast from Boston and you’ll be at Dexter-Southfield School, home of the Clay Center. The Clay Center for Science and Technology is an observatory and learning center with telescopes, a lecture hall, and other community and education spaces. On most Wednesday evenings throughout the year, they hold public telescope viewings. You’ll need to reserve a spot at these as they have limited space, but you can easily view deep space objects and planets during each event.Note: The primary telescope is undergoing maintenance through winter 2019.

At one point, Robbins Farm Park was a farm as its name suggests. Today, it’s a public park with great views of the Boston skyline, about 20 minutes from downtown. You can also go stargazing in Robbins Farm Park both independently and as part of organized events. They haven’t updated for 2019, but during past summers there have been organized astronomy nights with an astronomer and telescope.61 Eastern Ave, Arlington, MA, robbinsfarmpark.org

20 minutes south of downtown, the Blue Hills Reservation is one of the largest green spaces you can easily reach from Boston. The 6,000-acre state park is great for hiking and walking, mountain biking, canoeing and kayaking, and more during the daytime. At night, it’s also a great stargazing spot, with plenty of spots throughout the park. One of the best places within Blue Hills is Chickatawbut Hill with its Observation Tower.In summers past, there are hosted organized stargazing events; check the calendar to see when the next one is happening.

The Harbor Islands are a great stargazing option if you’re up for an overnight trip. The ferry from Long Wharf to Spectacle Island is a 30-minute ferry ride, and to Georges Island is a 45-minute ride. You can spend the day on the island waiting for sunset and the starry skies overhead. You’ll need to reserve a campsite in advance for an overnight.Boston, MA, bostonharborcruises.com, bostonharborislands.org

45 minutes north of Boston, Singing Beach is a great beach spot during the day and a nice spot for stargazing at night. The beach takes its name from the sound of the wind on the dunes. During the summer months, there’s no non-resident parking near the beach, so you’ll have to park half a mile away at Masconomo Park or on Beach St and downtown Manchester-by-the-Sea.119 Beach St, Manchester-by-the-Sea, MA, manchester.ma.us

Head 45 minutes due north to Veasey Memorial Park near Groveland. Located on the shore of Johnsons Pond, the water and less urban development help reduce light pollution. The park is 47 acres and locals say it’s a great pocket of dark sky within an hour of the city, and it has its own clear sky chart. Technically the park is open dawn to dusk, so be aware of where you can park once the sun goes down.201 Washington St, Groveland, MA, essexheritage.org

Most people visit Plymouth to learn about the history of the colony, or to visit the beach. After dark, the area’s good for stargazing out over the water. On peak nights for meteor showers and some other nights through the summer, you can board a night cruise to see the Perseids or the Milky Way.Plymouth, MA, seeplymouth.com

There’s not much better than a day at the beach, followed by sunset, and stargazing. Head 40 minutes down the coast to Nantasket Beach and brave the crowds; the beach is open from dawn ’til dusk but you can stay on a bit after to admire the stars out over the Atlantic.Hull, MA, mass.gov

Want to plan a stargazing weekend from Boston? There are a few great spots to check out. You’ll need to drive up to two hours out of town, but when you do you’ll be surprised at how dark the skies above are.

75-minutes north of Boston, Cape Neddick is a great spot just across the border into Maine. The Cape Neddick Light is the main attraction, and the cape is undeveloped enough that you can get good dark skies in every direction. Astrophotographers will love using the lighthouse as part of photo composition.

From a geographic perspective, it’s no surprise that Cape Cod is a great stargazing spot – it’s almost entirely surrounded by water! However, there’s a fair amount of light pollution because of how developed the Cape is, so you’re not going to get as dark of skies here as some of the other places on this list. Nevertheless, there are some nice, quiet spots where you can see the stars including Wood End Lighthouse, Nobska Lighthouse, and Highland Lighthouse. All of these are especially good for astrophotographers (like Cape Neddick is!).Cape Cod, MA, visitcapecod.com

We’ve saved the best for last! Frosty Drew Observatory & Sky Theatre is the ultimate space-focused destination near Boston, a 100-minute drive south toward the Rhode Island-Connecticut border. Frosty Drew holds regular stargazing events every Friday night where you can visit the observatory and peer through the different telescopes.

Planetariums in the Boston Area

If you can’t make it to one of the previously mentioned locations for stargazing, never fear. Cloudy skies, tight travel schedules, or folks who like to go to bed early don’t mean you have to give up your space dreams entirely. There are two planetariums in the Boston area you can visit to see the stars during the day:

Can You See the Milky Way in Boston?

Unfortunately, it’s virtually impossible to see the Milky Way in Boston, due to the city’s light pollution. This is the case for almost all major cities, but it’s disappointing for stargazers! While we have tips on urban stargazing, your best bet is to travel 1-2 hours out of the city to reach darker skies.

Best Times of Year to Go Stargazing in Boston

When you consider the cloud cover, daily temperatures, and average humidity throughout each month of the year, it might be tricky to figure out which month is best for stargazing in Boston. While July and August have the best chance for clear skies and fewest rainy days, the humidity is also much higher and likely to interfere with air quality. Instead, September, June, and October (in that order) are the best months for stargazing in Boston. In those months, you’ll have a good chance for clear skies and good air quality. Happy stargazing!

Do you have other questions about stargazing in Boston? Ask in the comments. 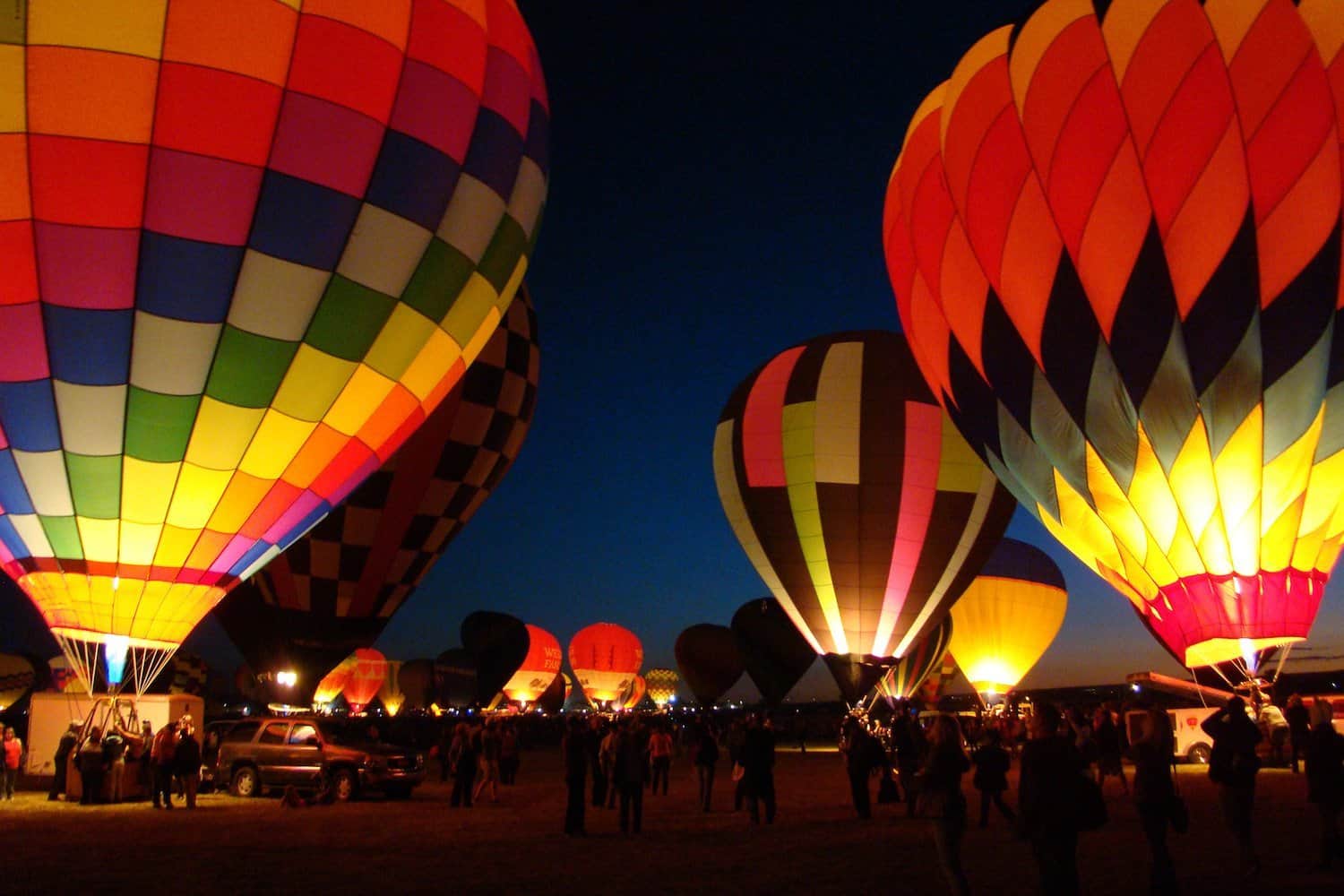 The 13 Best Places to Go Stargazing in Albuquerque 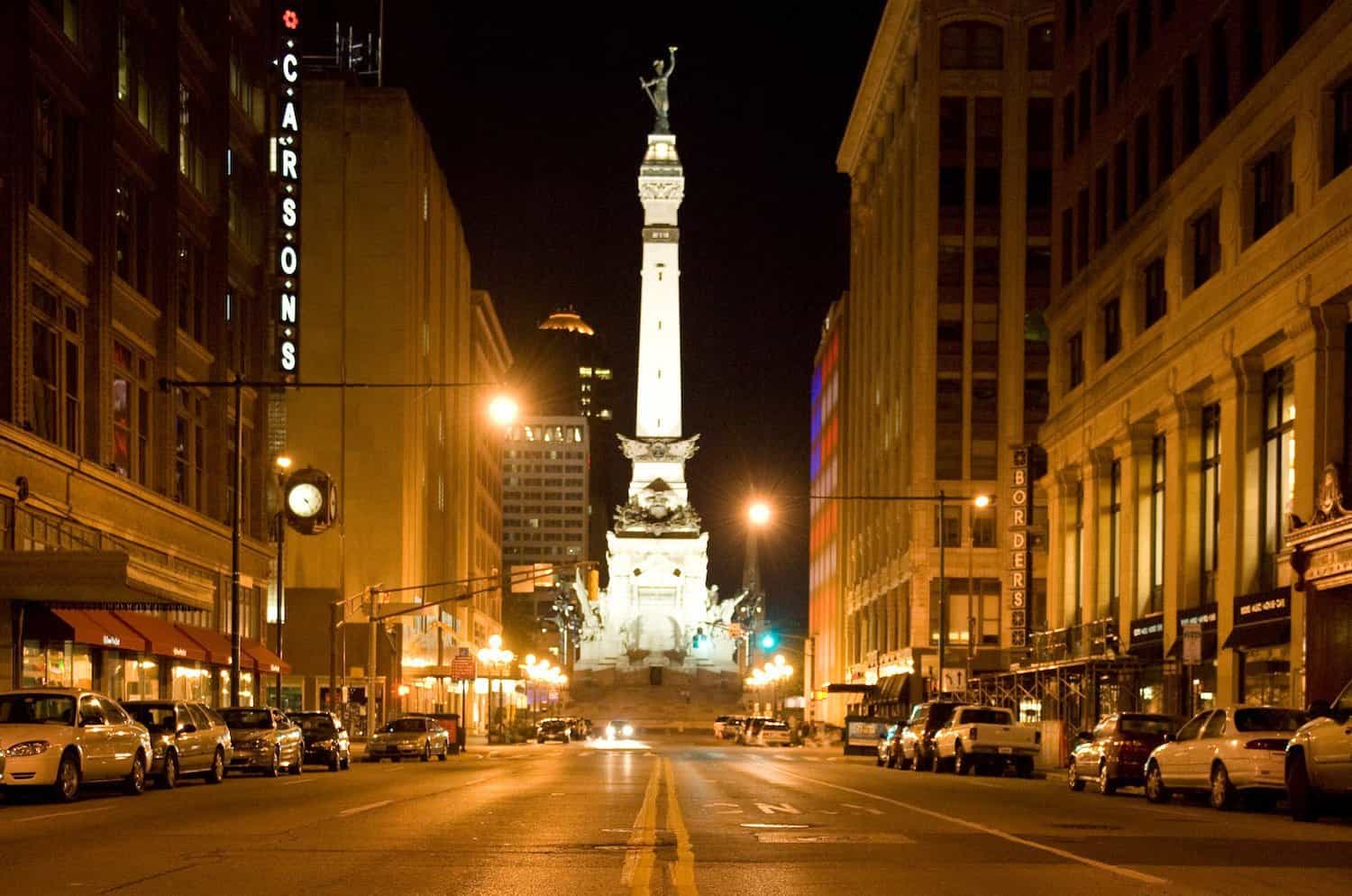