Making an investment in a telescope is a big decision. Whether you’re just starting out or ready to upgrade, there are lots of features and factors to consider. One of the most important considerations is price; the next is ease of use to unlock the mysteries of the universe at whatever level you can afford.

Computerized telescopes are a great way to make stargazing and exploring the wonders of the night sky easier, which is why many people move toward computerization as they are able to invest in telescopes that have those systems.

Below, you’ll find some of the best computerized telescopes at a variety of price points – from about $500 to almost $5,000. Obviously this means that most of the telescopes on this list are not for beginners, but if you have the budget to invest in one of these telescopes at the start of your stargazing hobby, you’ll have a jumpstart on your nighttime exploration.

Ready to see which ones make the list? Read on and learn more about each of these computerized telescopes to decide which one is right for you.

(Looking for telescopes that cost a bit less? I’ve got ranked lists of non-computerized telescopes too!)

The Celestron NexStar 90SLT is the cheapest computerized telescope in the market. It is the smallest in Celestron’s NexStar SLT line of altazimuth-mounted computerized GoTo telescopes.

While its database contains about 4,000 objects, stargazers won’t really be able to see much of them due to the 90SLT’s small aperture, especially in light-polluted environments. Overall, the Celestron NexStar 90SLT works best for stargazers who want to spot bright galaxies, star clusters, nebulae, and, of course, the Moon and planets.

Celestron’s NexStar 130SLT is one of the best computerized telescopes for viewing planets and deep-space objects. The largest telescope in the SLT (Star Locating Telescope) line, it comes with a 1.7 ° field of view and 130mm ample aperture, gathering enough light to view large deep-sky objects, such as open star clusters.

One of the 130SLT’s advantages is its portability. It’s incredibly lightweight at less than 20 pounds. So, if you’re one who loves to grab your things and escape the city lights, this is a perfect companion. The main drawback is the mount. It is quite wobbly and seems to be too small for the tube, so you’ll need to buy a sturdier one to have a good viewing session.

If you’re a beginner, one thing worth noticing is that, since the 130SLT is a reflector telescope, you will have to collimate it to align the internal mirrors. Still, it is one of the best computerized telescopes under $500 you’ll find in the market.

It may have its flaws, but the Celestron NexStar 127SLT still is a solid computerized telescope for beginners.

The NexStar 127SLT features a decent aperture of 127mm, which is among the mid-level power of starter telescopes. It also comes with a f/14 focal ratio and a focal length of around 1500mm. Since the optical design is a Maksutov-Cassegrain, this telescope is a top option for beginners who want to view the Solar System in all its glory.

As for the accessories, the Celestron NexStar 127SLT Mak comes with two eyepieces: a 25mm Kellner for low power (approximately 60x) and a 10mm Kellner for medium-high power (approximately 150x). Its database contains 40,000 objects, including stars, galaxies, and nebulae. Ergonomically, this telescope is quite compact, so you won’t have trouble transporting and assembling it wherever you go.

It has a 4-inch aperture, which even though it is too small to gather enough light to reveal galaxies and nebulae, it still works to enjoy good views of the moon, stars, and planets. Given its small aperture, stargazers will have to avoid light-polluted skies as much as possible if they want to enjoy a decent viewing experience. It has a focal length of 1325mm, which with the 4-inch aperture, gives a focal ratio of f/13.

The database comes with 40,000 night sky objects. Again. Given the small aperture, you won’t be able to spot the majority of them. As for the portability, the whole setup weighs 23 lbs (telescope, mount, and tripod), meaning you can easily transport it with you.

The Celestron NexStar 6SE is the best budget computerized telescope if you want a well-rounded telescope and have the budget; it’s a step up from the NexStar 4SE with plenty more power to make up the price difference..

With an optical system of 1500mm focal length and 6 inches of aperture, the Celestron NexStar 6SE offers 44% more light gathering than a 5-inch telescope. It is a fantastic instrument for lunar, planetary, and a fair amount of deep-sky viewing.

Unlike other models, the NexStar 6SE comes with a high-quality mount with a competent GoTo system. Moreover, if you got the right accessories, the NexStar 6SE is suitable for people into deep-sky astrophotography.

If you’ve moved past your beginner days, and feel like you’re ready to take your next step in the fascinating world that stargazing is, then the SkyWatcher S11800 is for you.

At only $775, the SkyWatcher S11800 is one of the best motorized telescopes for intermediate stargazers. It’s hard to find a telescope with that aperture for that price.

The Celestron NexStar 8SE couldn’t be missing from my list of best computerized telescopes. Despite being an expensive model, it has become one of the best-selling telescope packages of all time. Why? Because it meets the expectations.

The optical performance of the NexStar 8SE is just amazing. A Schmidt-Cassegrain, its 8 inches of aperture collect 77% more light than the 6″ model. It also comes with a 2032mm and f/10 focal ratio, allowing stargazers to see objects down to magnitude 14.

The NexStar 8SE comes with a computerized GoTo mount, featuring a database of more than 40,000. While it is a bit heavier at 33 lbs, this telescope is easy to assemble, thanks to the single fork arm design and sturdy steel tripod that separate it for easy transportation.

The Celestron NexStar Evolution 6-inch is a popular option among beginners. However it has a few details worth addressing before purchasing it. This model is a 6” (150mm) f/10 Schmidt-Cassegrain with a focal length of approximately 1500 mm.

First, it should be noted that due to its 6-inch aperture, it works better for viewing brighter objects. Only by adding a few additional accessories, it will perform decently with faint objects. Despite the narrow Schmidt-Cassegrain design, this telescope delivers good images with astounding color accuracy. Optical defects, such as diffraction spikes and chromatic aberration, are minimal.

This telescope will be a great companion for people interested in getting detailed views of Solar System objects such as Jupiter, Saturn, Mars, and Venus. It also delivers great performance for Lunar observations as the optics are powerful enough to show tiny details of the natural satellite.

When it comes to the best computerized telescopes, the CPC 1100 StarBright XLT GPS Schmidt-Cassegrain is always on top of the lists. And for good reason. This telescope has the largest aperture in the Celestron’s new CPC Series.

The CPC 1100 also comes with SkyAlign Alignment Technology and GoTo system. Once mounted, setting it up is fairly straightforward. The SkyAlign Alignment Technology is easy to use, and Go-To pointing accuracy is excellent, placing the objects and holding them in position throughout the viewing session. Ergonomically, it is a little heavier at 63 lbs, so you may need a friend to transport and assemble.

The NexStar Evolution Telescope 9.25-inch features one of the best optical designs, which explains the $4,279 price tag.

Thanks to its Schmidt-Cassegrain design, the lights optical tube two times instead of one. This design also ensures the high levels of sharpness and color accuracy, with almost no defects. The 9.25 inch aperture gathers more than enough light for viewing bright Solar System objects such as Jupiter, Saturn, Mars, Venus, The Moon, Neptune, and Uranus.

While its planetary performance is impressive, the deep-space performance is below average. Mainly, because this telescope features a high focal ratio and narrow field of view, which is exactly the opposite of what you need for deep space observations. Same as the deep space performance, you’ll need to invest heavily on accessories for astrophotography sessions.

Have any questions about these great computerized telescopes? Let me know in the comments! 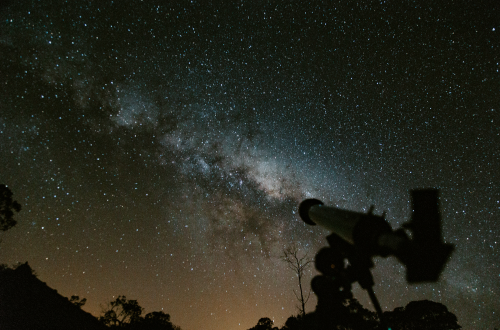 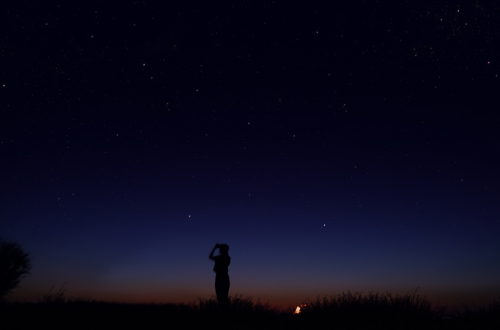 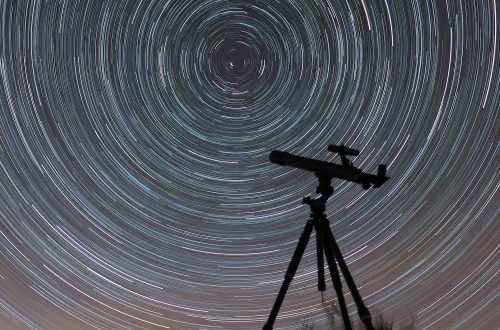